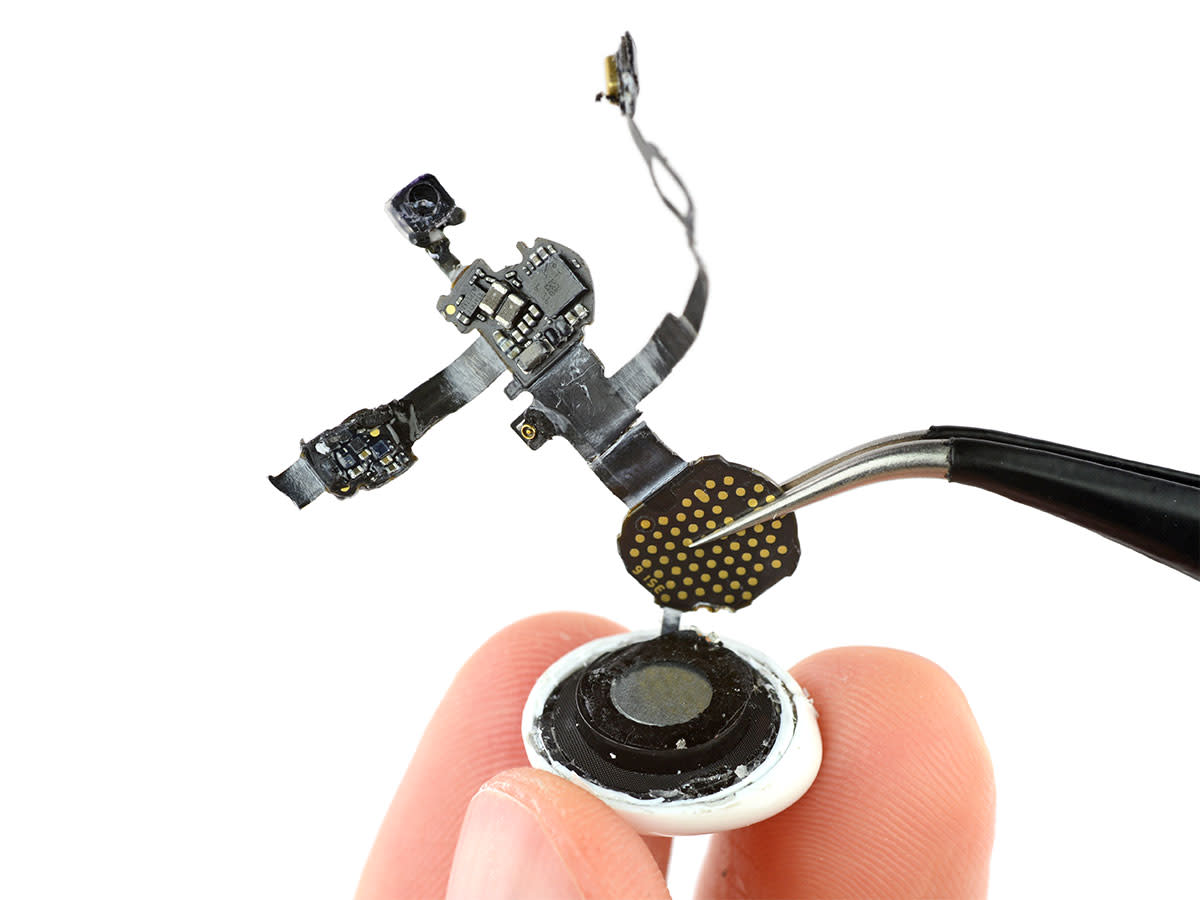 After having been delayed for months -- for reasons never publicly confirmed, no less -- Apple's AirPods are finally here. And really, what better to way to celebrate one of the most curious delays in Apple history than by tearing those things apart? The folks at iFixit have done just that (as always), and the end result is a fascinating look at $160 worth of meticulously crafted silicon and audio parts. Spoiler alert: there's more glue in them than you'd think.

As you might imagine, the tiny scale of Apple's work and all the glue sealing everything in place make the AirPods a nightmare where repairs are concerned. In fact, all the components are so tightly packed in there that the idea of replacing parts or fixing them in general is downright laughable. Still, this kind of surgery does a great job illustrating the insane, compact origami that goes into modern consumer gadgets. And if nothing else, iFixit's strangely gorgeous imagery more thoroughly explains the importance of the AirPods' most questionable design choice: those stems that dangle out of your ear.

People stare, but they probably don't realize that those stems are mostly all battery -- their charge capacity works out to 1 percent of the iPhone 7's -- with long antennas glued to them to maintain a strong connection between the Pods themselves and the phone. (For what it's worth, we've had a pair of AirPods for months and the multiple wireless connections were more-or-less rock-solid the entire time.)

Knowing that doesn't make the stems look any better, though, as evidenced by all the shade thrown at me by coworkers whenever I wear these things. Also nestled deep within there is what makes the AirPods really tick: the minuscule W1 chip. It's responsible for the Pods' dead-simple pairing and power-sipping tendencies, which so far have been the big reasons our review units have seen such consistent use. The level of tension subsides when attention is turned to the AirPods' charging case, but make no mistake: if you're a fan of lilliputian tech, this is one teardown you have to see.

In this article: airpods, apple, av, earbud, earbuds, gear, headpohones, ifixit, mobile, teardown, w1
All products recommended by Engadget are selected by our editorial team, independent of our parent company. Some of our stories include affiliate links. If you buy something through one of these links, we may earn an affiliate commission.