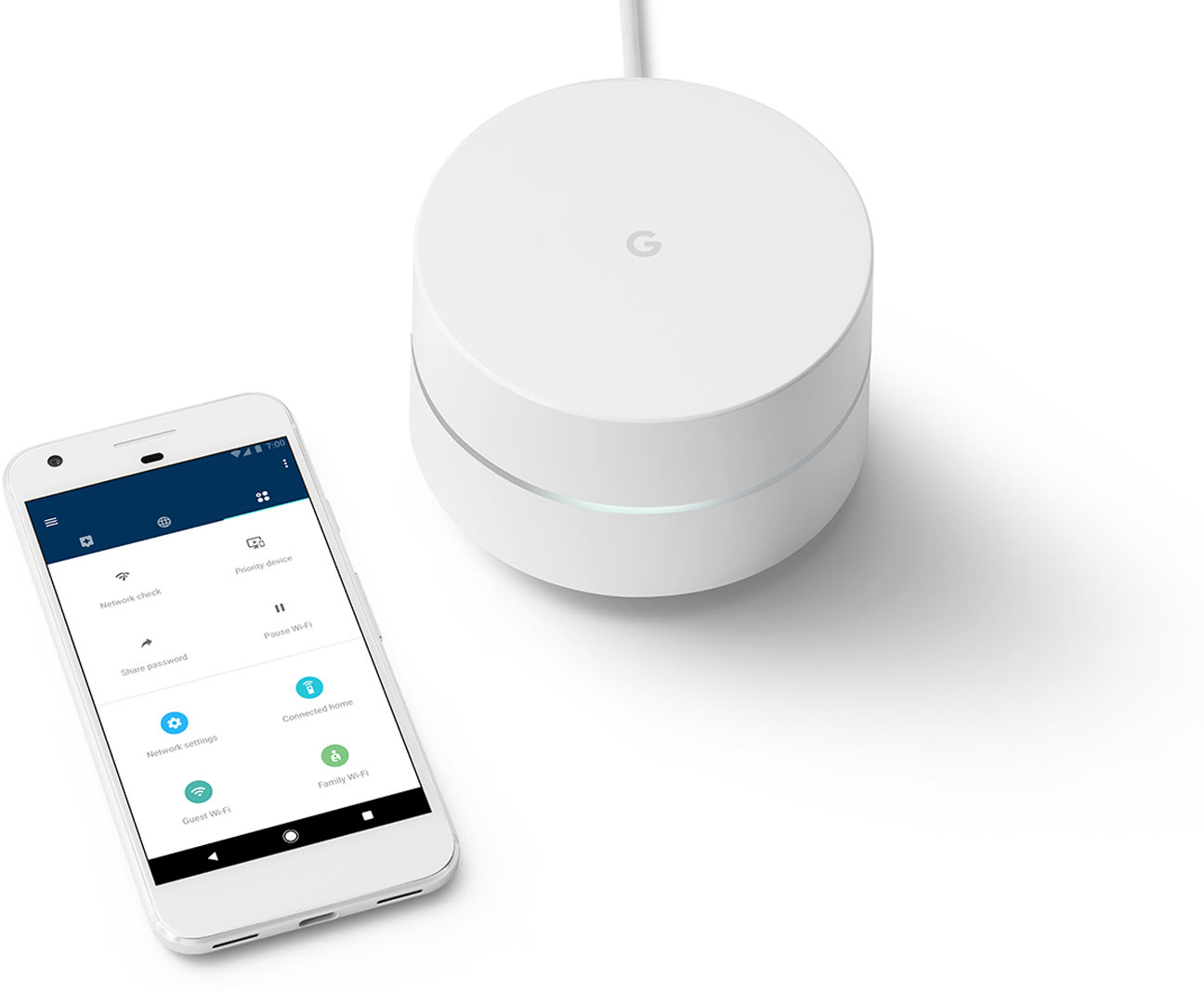 Google WiFi is the company's latest (and very aptly named) wireless router. Like the OnHub router that Google put out last year, WiFi is meant to be sleekly designed and easy to use. This time, though, WiFi also can create a mesh network with other Google WiFi routers -- an alternative to standalone WiFi extenders in larger spaces, like multi-story homes. The device does indeed work as promised, and offers some useful parental control features, to boot. That said, power users (perhaps even some Engadget readers) will be turned off by the lack of a web console and the fact that there are only two Ethernet jacks. Mainstream users, however, are not likely to be disappointed.

If you're looking for a router that mixes smart design with simple features and solid performance, Google WiFi is a solid choice. However, users who like to get their hands dirty may prefer the control and flexibility of more conventional products. For the rest of us, Google WiFi will likely eliminate some key pain points and provide an easy transition to the connected home.

Be the first to review the WiFi?
Your ratings help us make the buyer’s guide better for everyone.
Write a review

Not yet scored
In this article: gadgetry, gadgets, gear, google, googlewifi, home, internet, minireview, review, uk-reviews, video
All products recommended by Engadget are selected by our editorial team, independent of our parent company. Some of our stories include affiliate links. If you buy something through one of these links, we may earn an affiliate commission.