GPS is not foolproof -- especially on the modern battlefield, where electronic warfare systems can interfere with the satellite guidance. And when packages miss their mark, soldiers often have to venture into hostile territory to retrieve them. That's why the US Army is developing a joint precision airdrop system, or JPADS, that guides equipment towards its target using only visual cues.

"At DoD, we worry about enemies jamming GPS signals." Army Maj. Christopher Brown, told C4ISR & Networks. "Threats to military GPS have evolved and improved at a rapid pace — from a proliferation of small-scale commercial jamming devices that can readily be purchased on eBay to large-scale military anti-access/area-denial (A2/AD) capabilities." 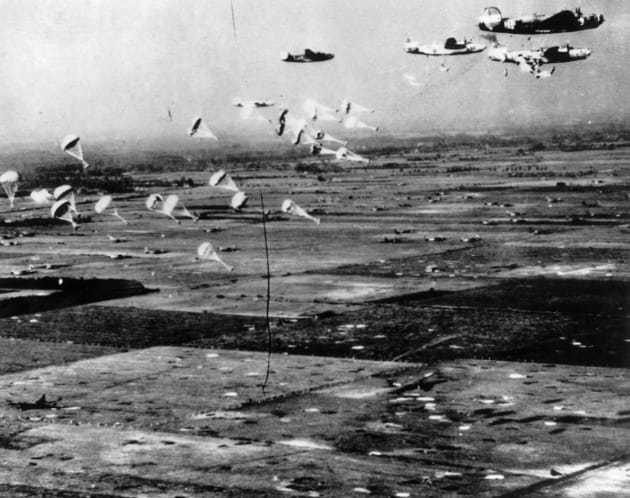 So instead of a GPS receiver, the JPADS relies on an aerial guidance unit (AGU). It's a small box outfitted with motors that manipulate the parafoil controls, a ground-facing camera to collect visual data and a small computer to oversee the process. As the shipment is pushed out the rear of the supply plane, its parachute automatically deploys to stabilize the descent. "Then JPADS immediately determine their own location by comparing terrain features spotted using optical sensors with commercial satellite imagery of the area," Draper, the company that developed the AGU's software, said in a statement. Once the JPADS figures out where it is, it guides the package into its target.

Beyond being less prone to interference, the new JPADS is also far less expensive to operate and more reliable in areas where GPS signals can't reach -- say the deep valleys and dense cityscapes found throughout Afghanistan. The technology behind it is still maturing but, once it does, this self-guidance system could find its way into everything from autonomous vehicles to commercial drones.

Source: Defense One
In this article: Afghanistan, airdrop, Army, darpa, DepartmentOfDefense, eBay, gear, GlobalPositioningSystem, GPS, GPS signals, joinprecisionairdropsystem, JPADS, military, transportation, UsArmy, war
All products recommended by Engadget are selected by our editorial team, independent of our parent company. Some of our stories include affiliate links. If you buy something through one of these links, we may earn an affiliate commission.