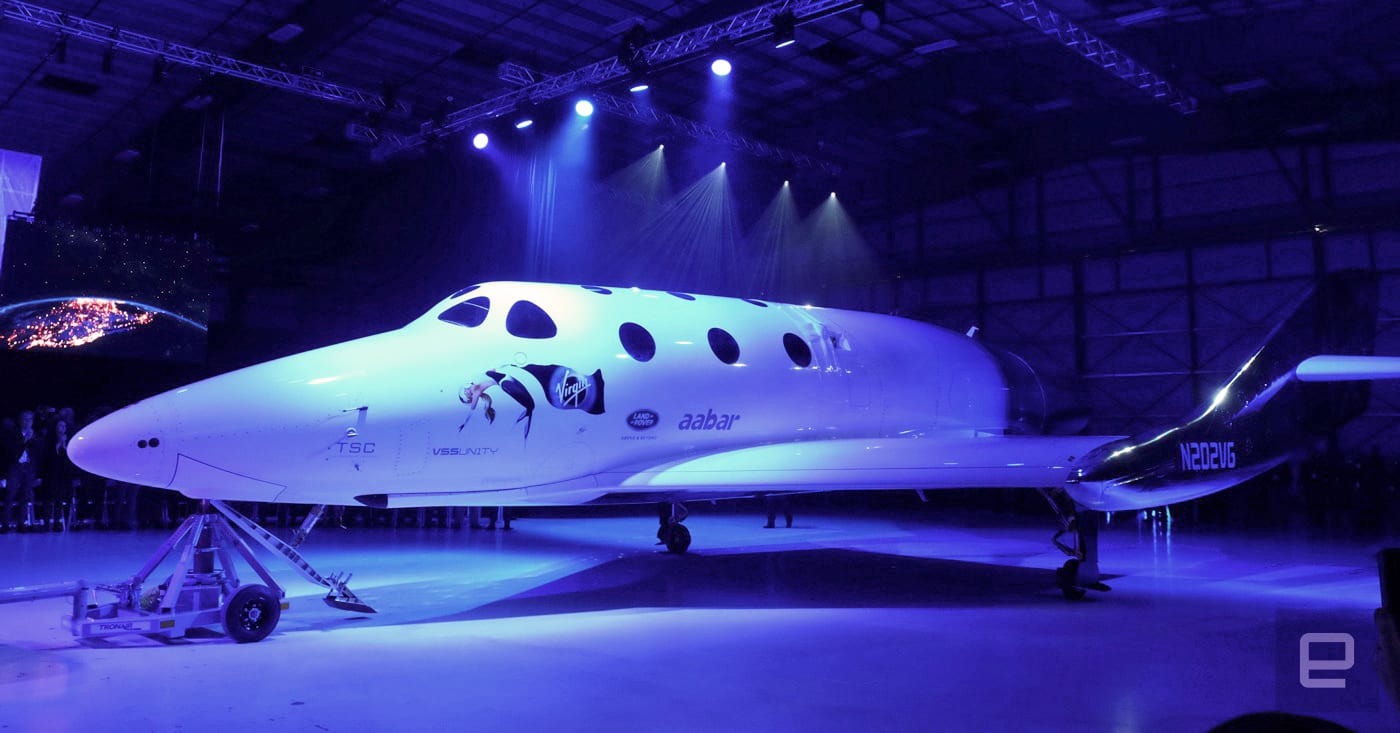 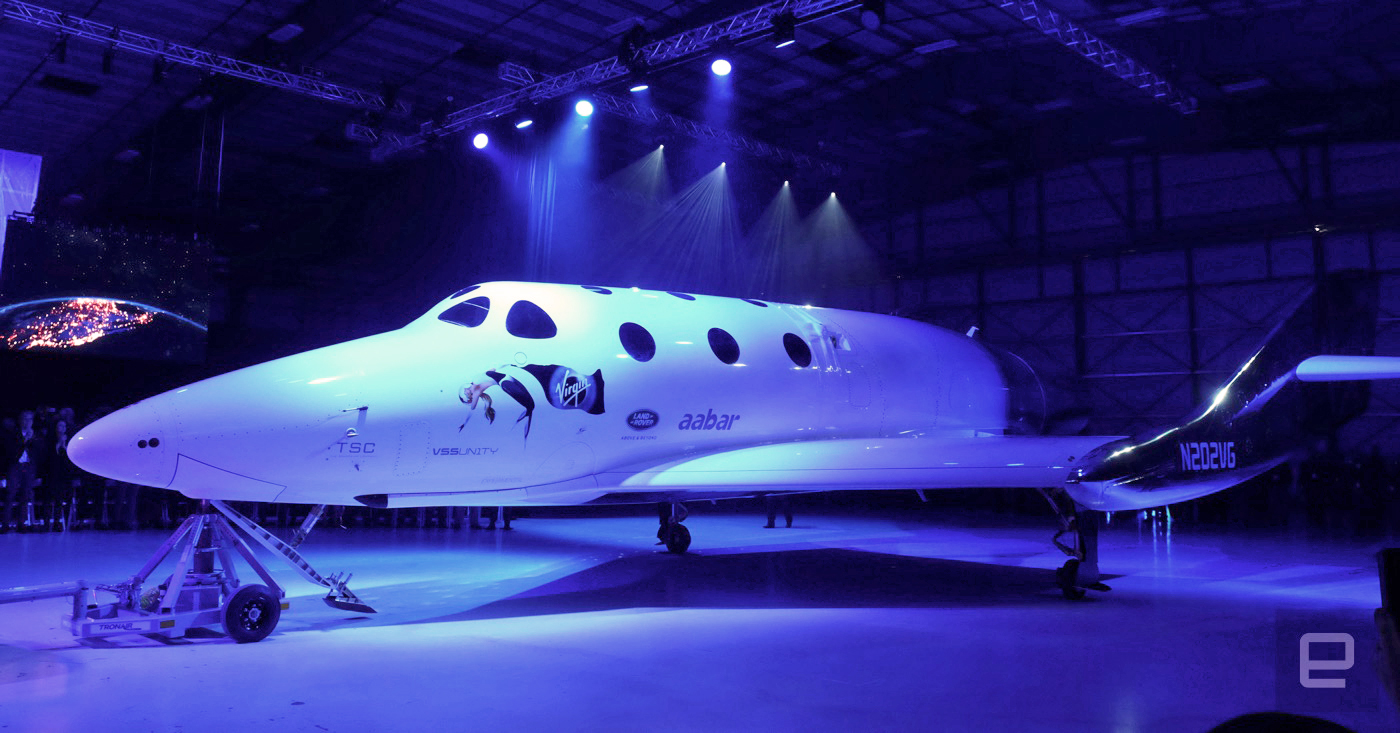 There hasn't been a lot of news out of Richard Branson's commercial space flight company Virgin Galactic since the company's SpaceShip Two broke apart during an October 2014 test flight, killing one of the two crew members. However, today the company is redoubling its efforts to bring (rich) citizens into space by taking the wraps off the new SpaceShip Two, named the VSS Unity by Stephen Hawking. It's the first ship built by The Spaceship Company, the manufacturing arm of Virgin Galactic. As expected, the new ship contains a number of safety measures intended to correct what went wrong back in 2014.

Sir Richard Branson announced the name of the ship after a video message from Hawking, and announced that Virgin Galactic's new livery would contain an image of Hawking's eye in the "flag" (you can see it in the image below). Branson then brought up his granddaughter on her first birthday to christen the ship -- with a bottle of milk rather than the more traditional champagne. 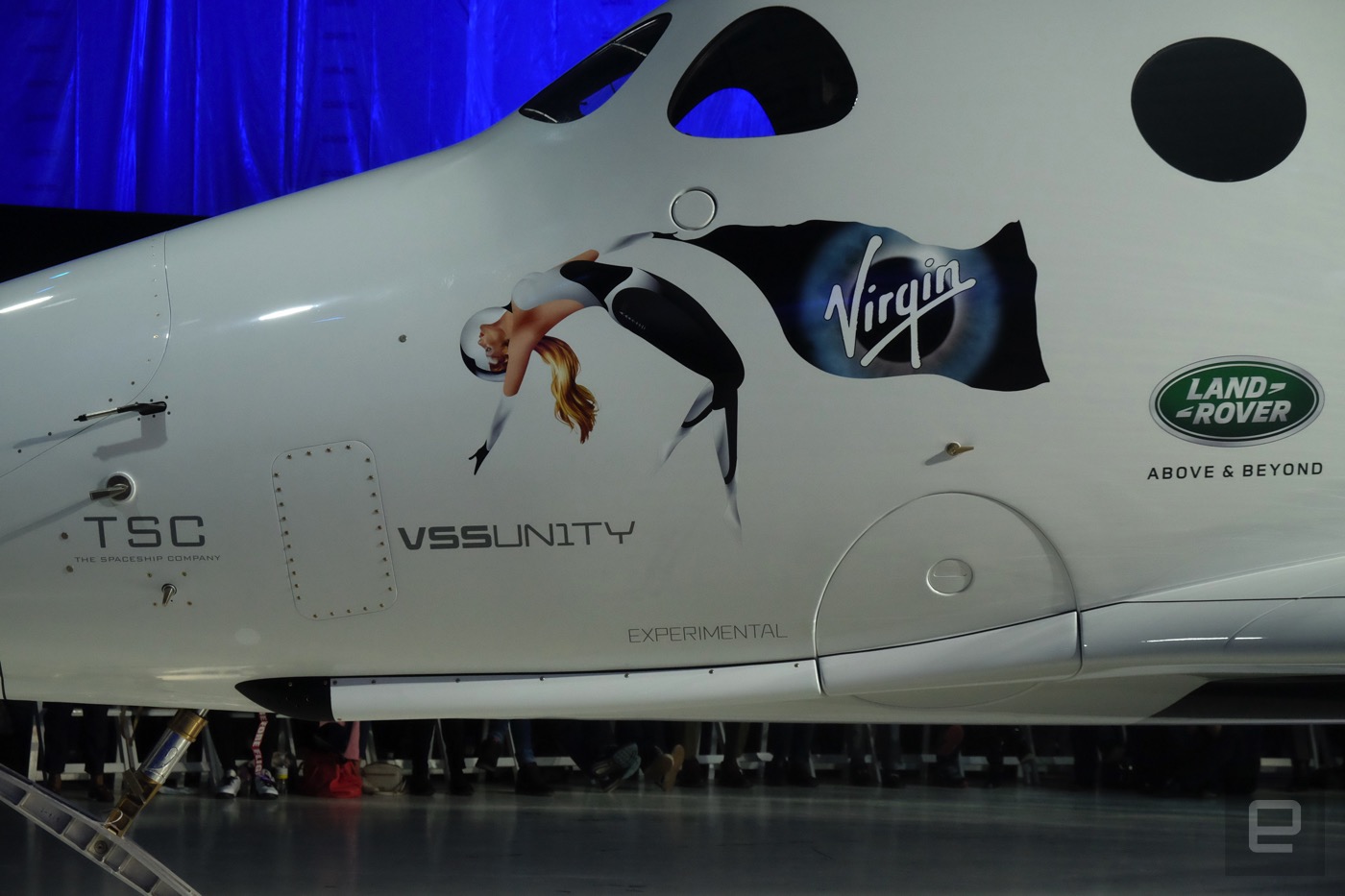 As Virgin Galactic announced yesterday, it'll still be a while before SpaceShip Two takes off. Now that the ship is complete, the company needs to do full-vehicle electrical testing as well as checks on all of its moving parts. Once that's done, SpaceShip Two will be mounted to its "carry" vehicle, the WhiteKnightTwo. That craft carries SpaceShip Two into the air and is used as launch platform. After doing some captive carry tests where SpaceShip Two stays firmly attached to WhiteKnight Two, it'll move on to glide testing, where the ship travels from 45,000 feet in the air to the ground, giving its pilots a chance to test handling.

Then Virgin Galactic can move on to the rocket-powered testing phase, with the SpaceShip Two flying higher and faster each time -- eventually, once it reaches a height of 50 miles, the ship will have met both NASA and the US Air Force's requirements for "official astronaut status." Of course, it'll do that in tests long before those rich individuals who've signed up to take one of the first commercial space flights. 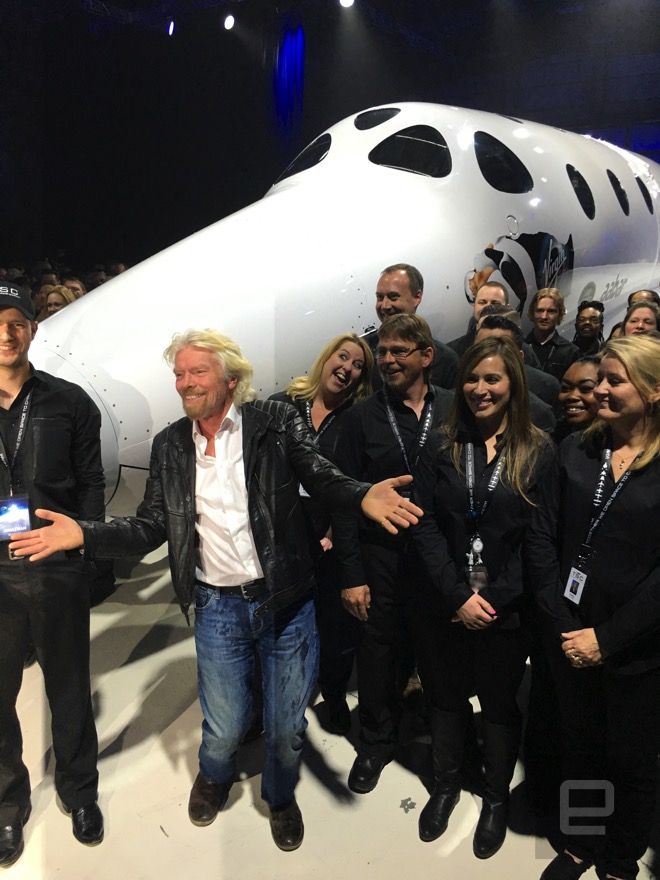 The company has missed a number of public timelines for getting passengers into space, so this time out they're declining to talk about a timeframe. Virgin Galactic now has three timelines it is working with, but it doesn't want to put them out publicly because then they'll feel the pressure of meeting it -- instead, they're focused on safety and getting through all the necessary tests, regardless of how long it takes.

The second SpaceShip Two has been under construction for years now -- it was about 65 percent finished at the time of the 2014 crash. As noted by CollectSpace last month, Virgin Galactic added safeguards to prevent the premature release of the ship's tail booms, an issue cited as the primary cause for the first ship's crash. The ship's co-pilot trigged the re-entry "feathering" system using those tail booms and the resistance caused the ship to break apart.

That system has been adjusted to prevent such an error from taking place again. There's now a computer control system on board that'll physically prevent the handle that triggers the feathering system from being moved unless conditions are safe to do so. Of course, this safety system needs extensive testing on its own, but Virgin Galactic says that it's being used in flight simulators now and will be installed on SpaceShip Two when it's ready.

The plans for this ship are for it to be the first Virgin Galactic ship that takes paid passengers to space, and the third and fourth ships are already under construction. 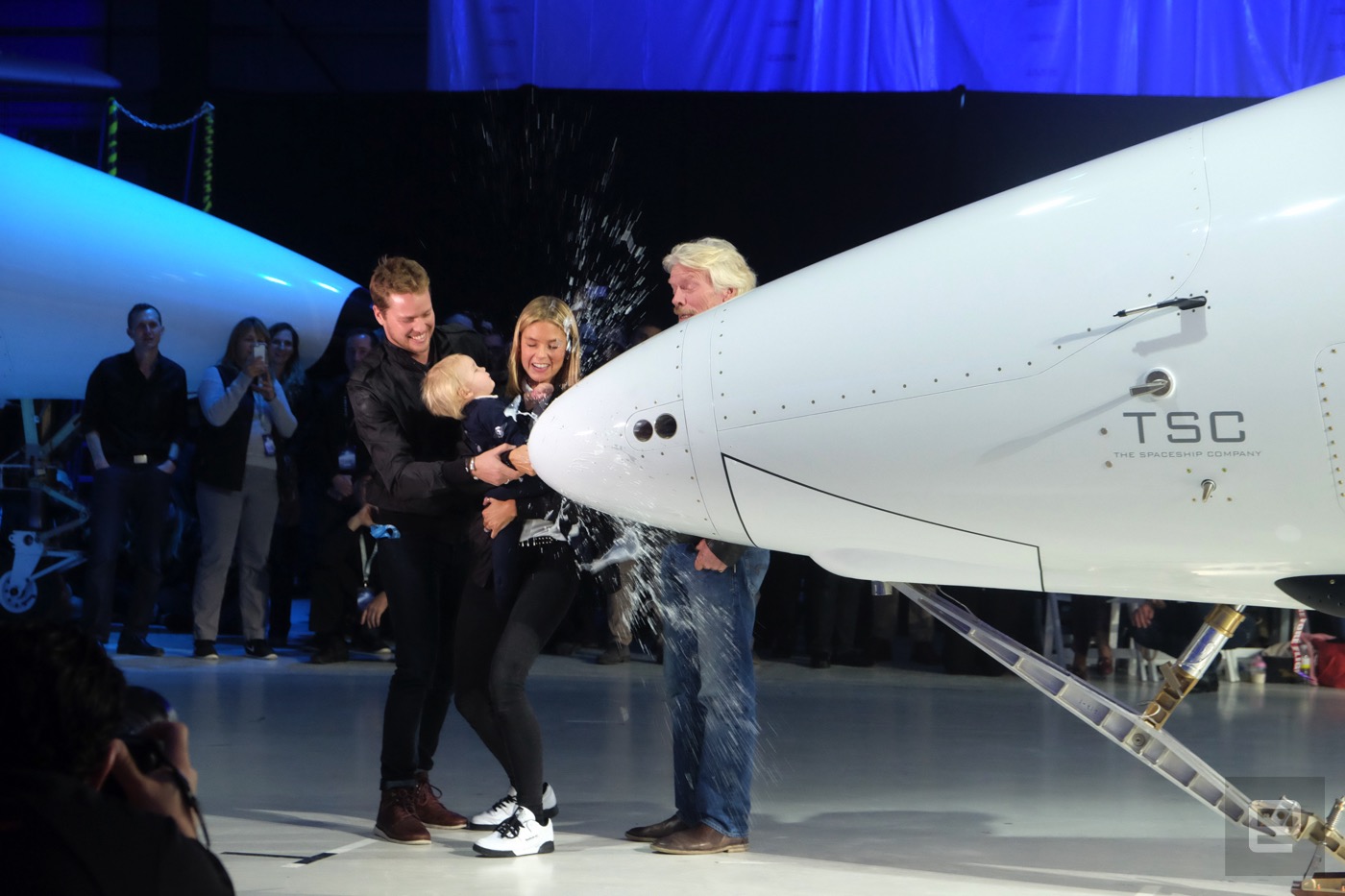 In this article: breaking news, commercialspaceflight, richardbranson, science, space, spaceshiptwo, transportation, virgingalactic
All products recommended by Engadget are selected by our editorial team, independent of our parent company. Some of our stories include affiliate links. If you buy something through one of these links, we may earn an affiliate commission.