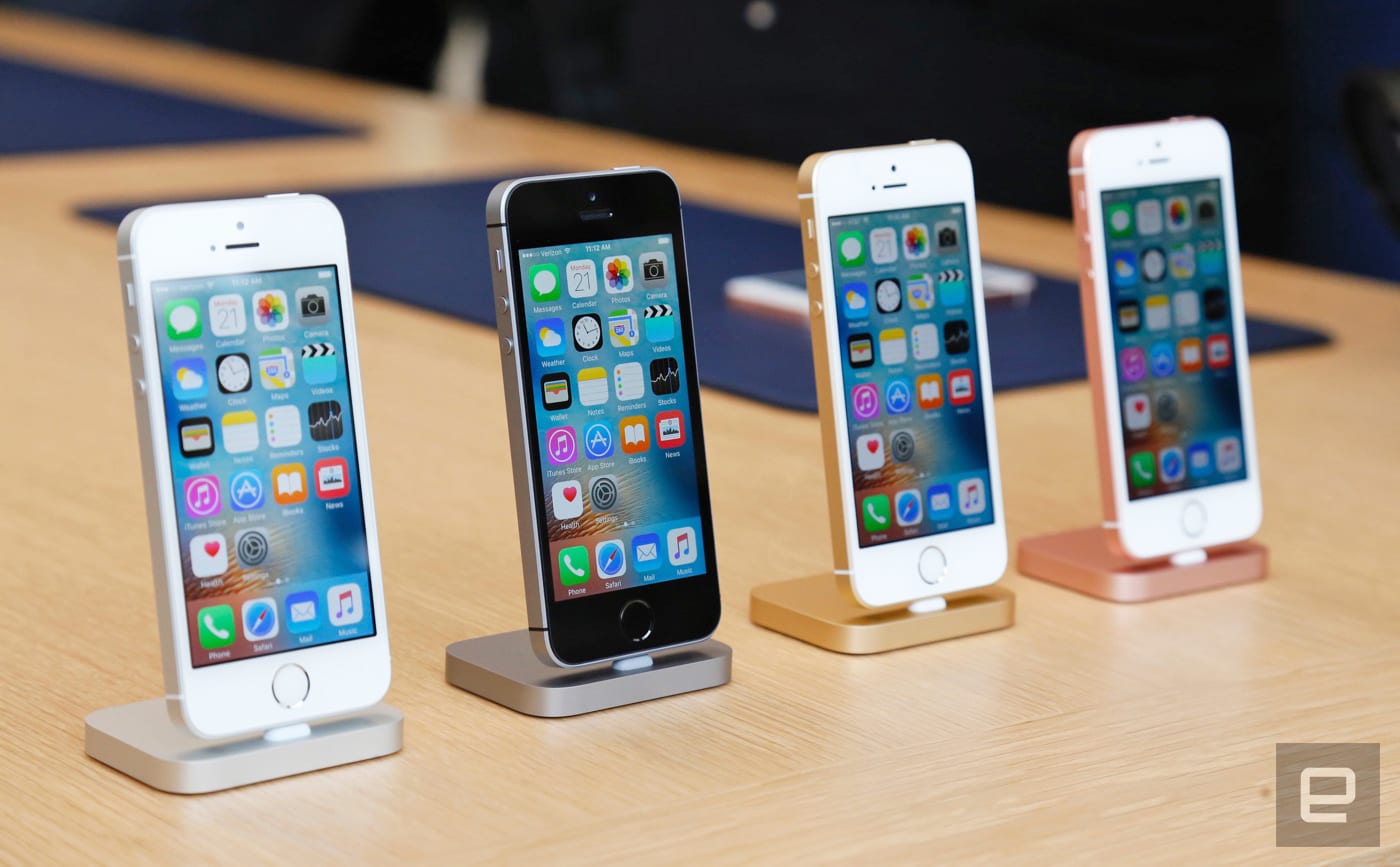 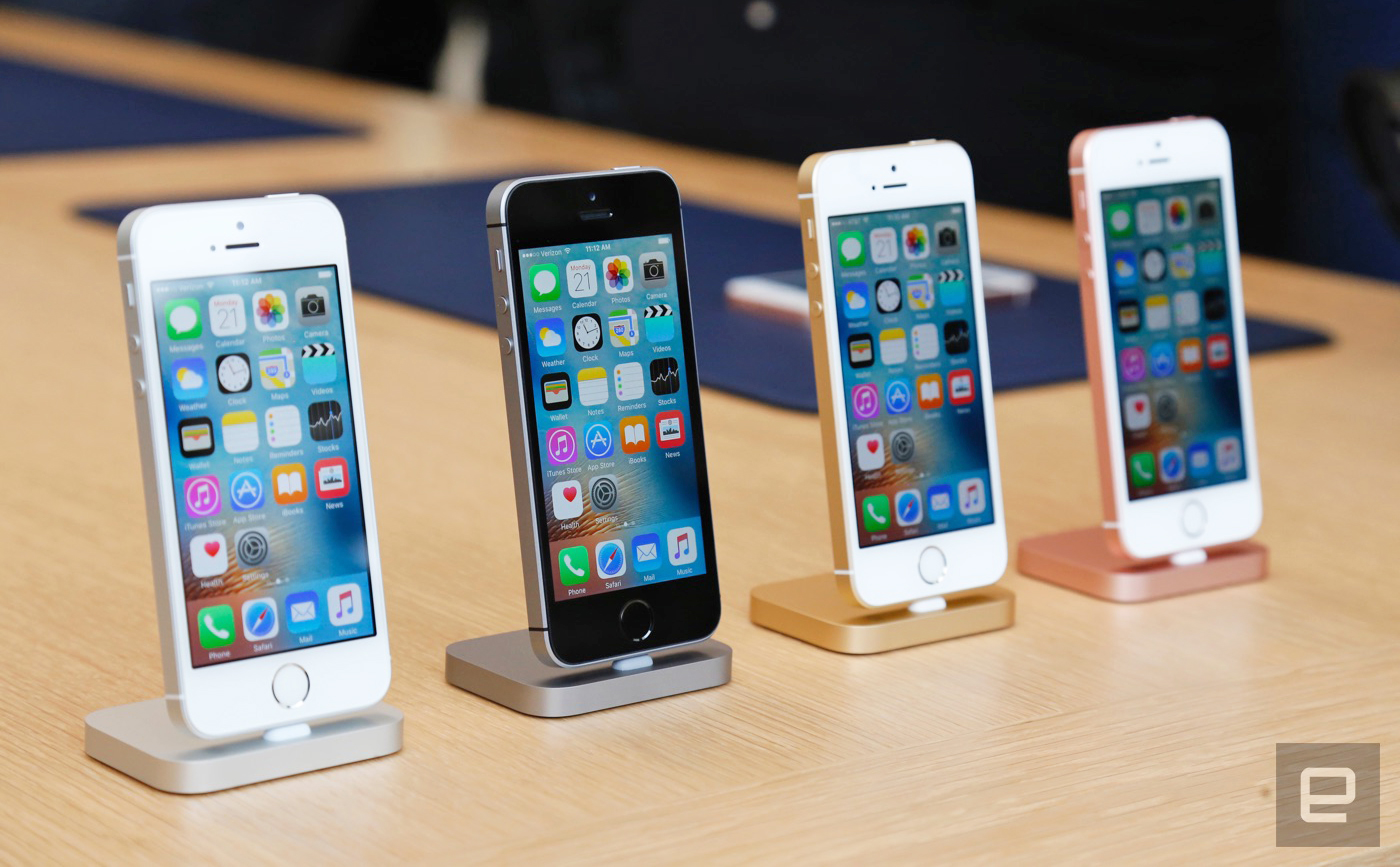 We've had years to get used to the the iPhone 6 family and its curvy lines, but some people still yearn for the crisper angles -- and smaller screens -- of iPhones past. For them, Apple's new iPhone SE comes across as a sort of low-cost love letter. After much wailing and gnashing of teeth, Apple took most of what was special about the iPhone 6s and stuck it into a close approximation of the handsome, chamfered body made famous by the iPhone 5. I just got the chance to put the SE through its paces, and one thing seems clear from the get-go: It's a fascinating blend of old and new that will probably sell like hotcakes. The iPhone SE feels exactly like the iPhone 5s. The tell-tale differences are few: There's a rose-gold option now (because of course there is) and the chamfered edges have a matte, not shiny, finish. Everything else will feel almost startlingly familiar to long-time Apple fans, which is precisely the point. All of the most important changes are hidden under the hood, from the inclusion of Apple's A9 chip and M9 co-processor to the improved 12-megapixel camera sensor. (I didn't to get to play with the camera much, but my early take is that it snaps photos indistinguishable from my iPhone 6s Plus.)

What's there to say, really? If you loved the iPhone 5s -- as I and apparently many others did -- the iPhone SE will feel like a compelling blend of old and new. For once, we're getting a small iPhone that doesn't feel like a second-class device. (I'm looking at you, iPhone 5c.) In fact, the SE might in some cases run even better than the 6s and 6s Plus because the A9 has fewer pixels to move -- the SE's screen runs at 1,136 x 640.

There's more new stuff here, though much of it is thanks to iOS 9.3, which is available today. I didn't get to see Night Shift tweaking the screen's color temperature automatically but the effect should still be helpful for tech-plagued insomniacs. Ditto for the Notes app's new security features; I didn't get to leave my fingerprints at Apple HQ. 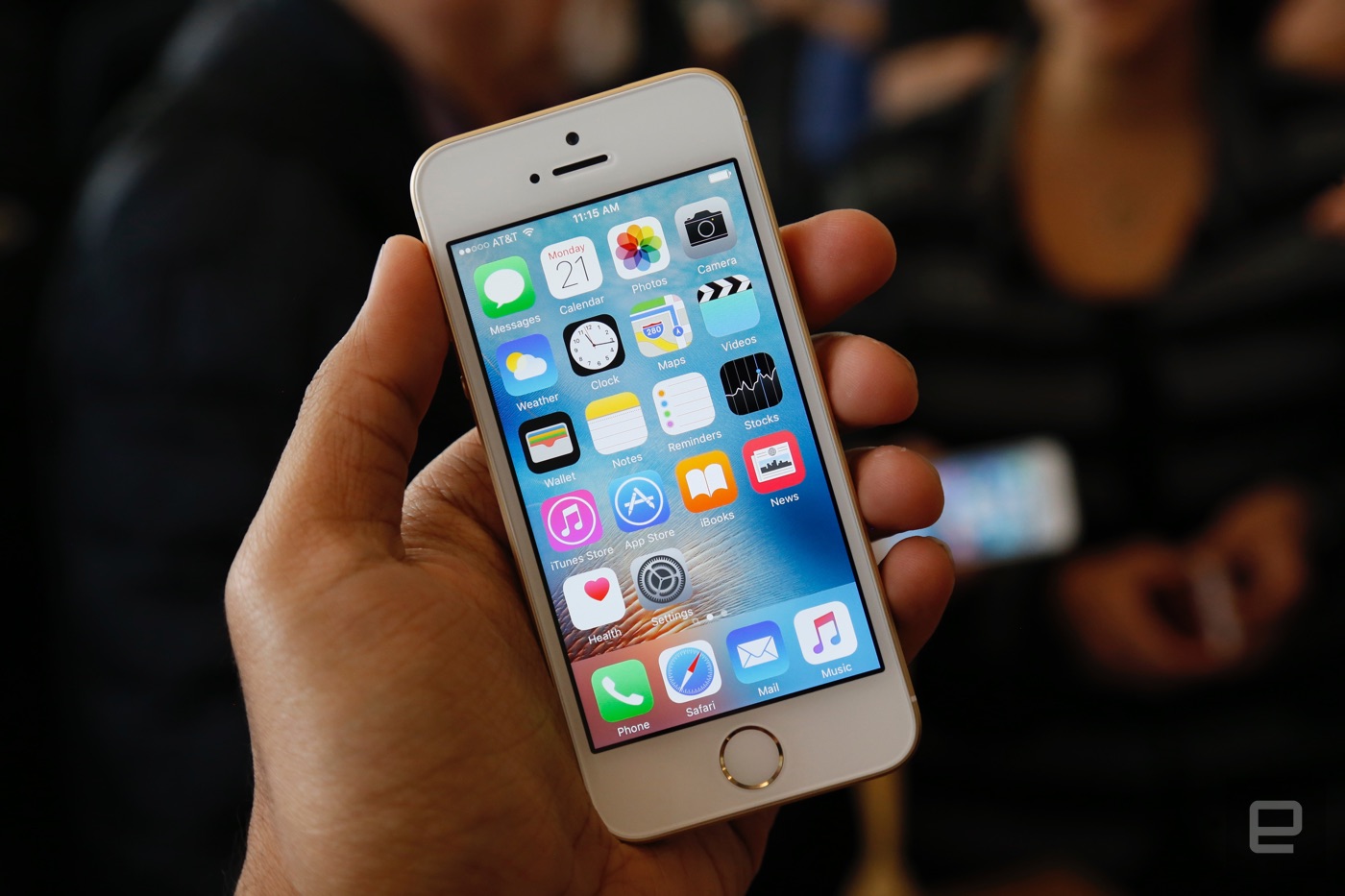 Really, though, the most curious thing about the iPhone SE is its price. Despite having many of the components that make the iPhone 6s such a powerhouse, the SE is a fraction of the price. You lose 3D Touch and the superior battery, but that's a tradeoff I suspect many people can put up with. Still, there are some compromises. Apple says the SE has longer battery life than the 5s, but Apple hasn't disclosed how big the battery is. That'd be good info to keep in mind as we gear up to do a proper review. Oh, and the Touch ID sensor in this thing? It's a first-generation sensor, so it's not as fast as the one in the 6s. I was originally a bit torn about how fast the 6s' fingerprint sensor is, but I've learned to love it; its absence will be lamented.

There's still much more to unpack here, but that'll have to wait just a little longer -- the iPhone SE will start shipping next week.

In this article: apple, gear, hands-on, ios, ios93, iphone, iphone2016, iphonese, mobile, preview, uk-feature, video
All products recommended by Engadget are selected by our editorial team, independent of our parent company. Some of our stories include affiliate links. If you buy something through one of these links, we may earn an affiliate commission.