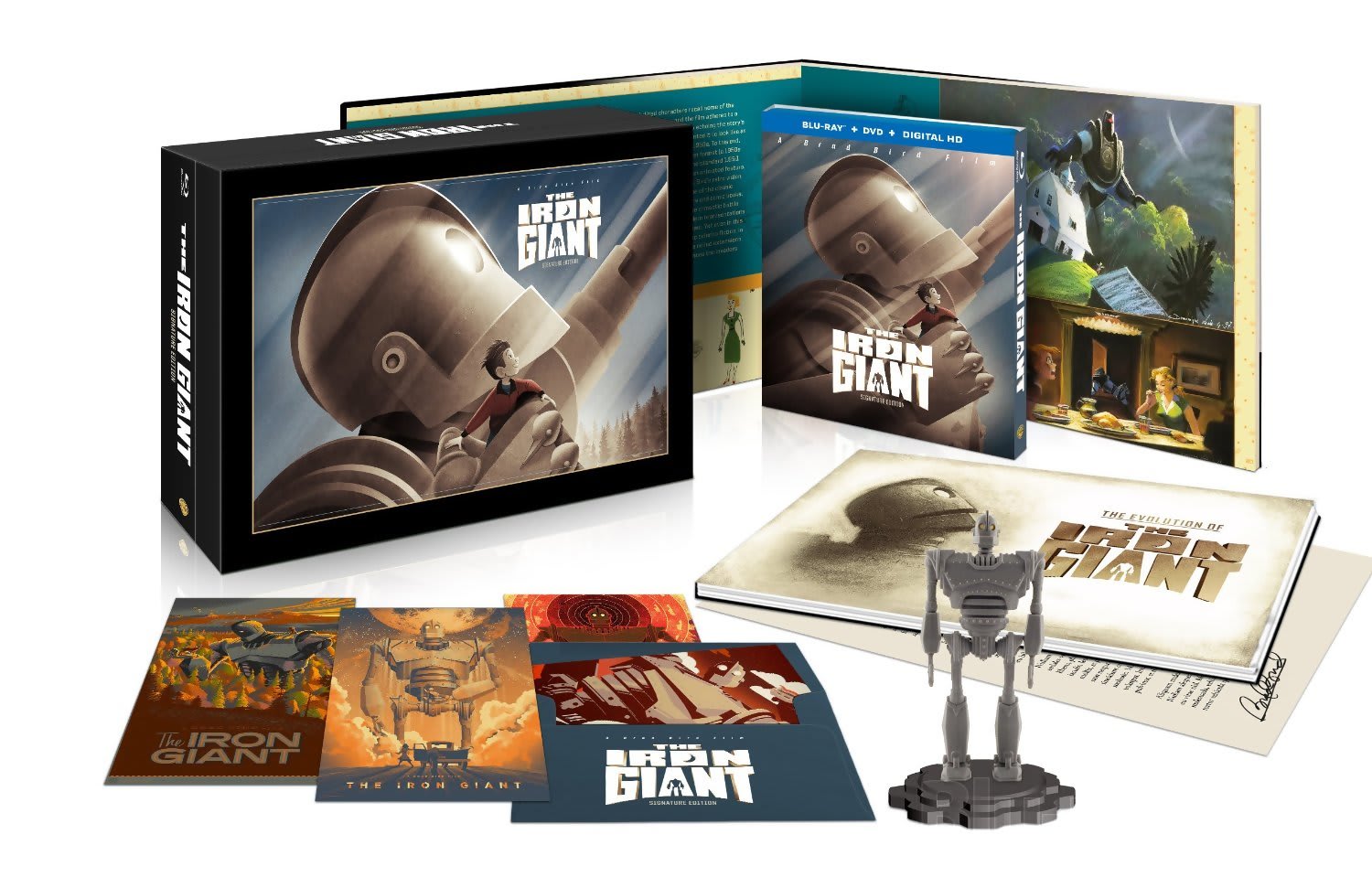 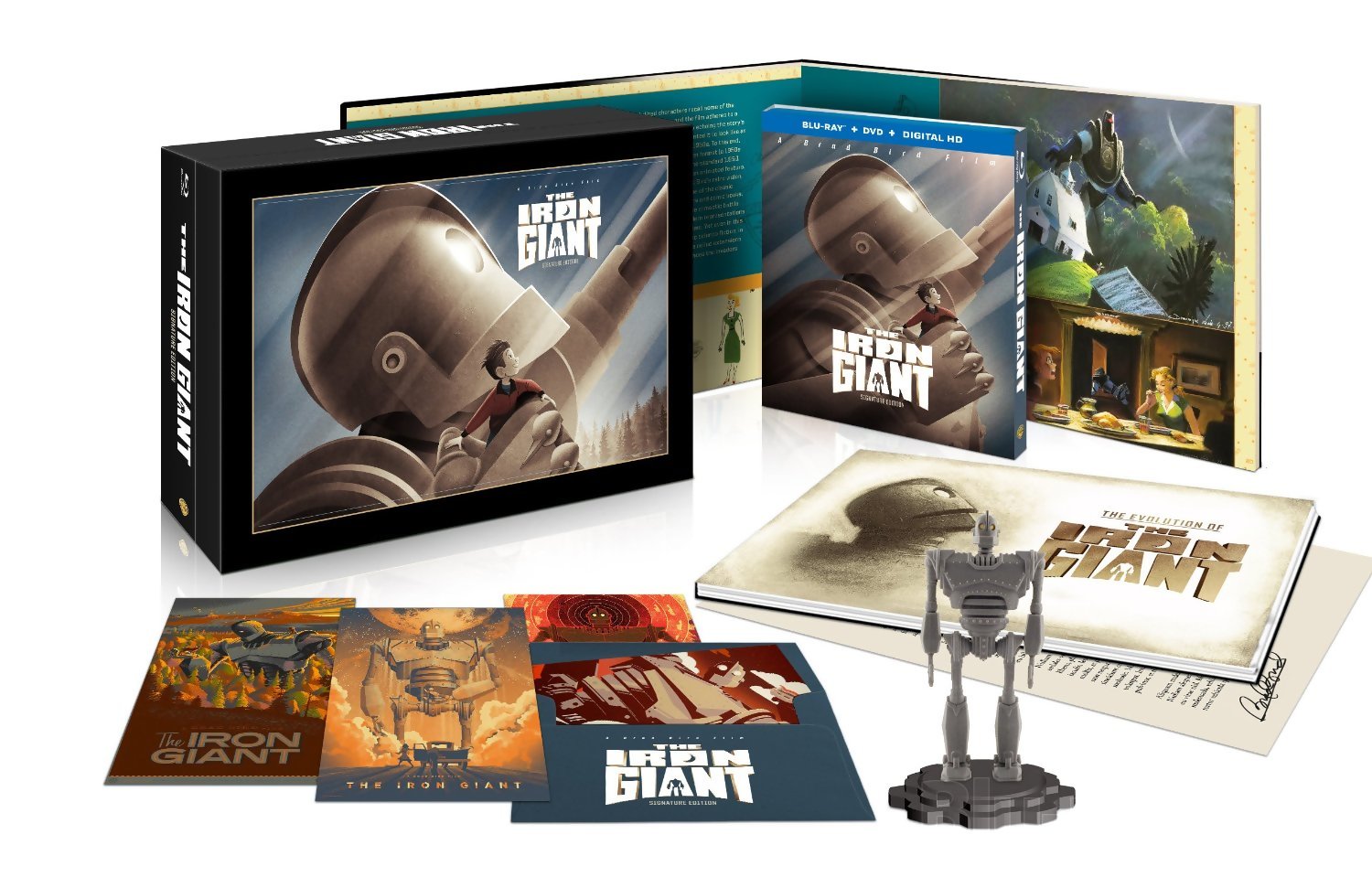 Last September, the animated classic The Iron Giant returned to US theaters as a "Signature Edition" with high definition visuals and two additional scenes. Warner Bros. has now confirmed a Blu-ray release for this fall, as well as an "Ultimate Collectors Edition" that includes a few extra goodies. For $74.99, you'll get the "Signature" cut and the original theatrical release, both in high and standard definition. There's also a documentary on the disc called The Giants Dream, which gives a "definitive" look at how the 1999 classic was put together.

Dig deeper into the packaging and you'll uncover some Mondo art cards, a hardcover art book, a 4-inch statue of the giant himself and a letter from director Brad Bird. Both the regular Signature Edition -- which includes the documentary, as well as the new and original cut in high definition -- and the Ultimate Collectors Edition will be available from September 6th, almost a year after the remaster had its limited run in US cinemas.

If you need a reminder, The Iron Giant was the directorial debut of Brad Bird, who went on to spearhead The Incredibles and Ratatouille at Pixar. Most recently, he's been busy directing live action films such as Mission: Impossible: Ghost Protocol and Tomorrowland. The Iron Giant tells the story of Hogarth Hughes, a young boy that stumbles upon an enormous mechanical being (voiced by Vin Diesel). Inevitably, the pair are forced to fend off government agents and the military. It won an array of awards and is up there with the best animated works by Disney and Studio Ghibli.

Via: Blu-ray.com
Source: Warner Bros. Home Entertainment
In this article: av, bluray, bradbird, entertainment, irongiant, theirongiant, theirongiantsignatureedition
All products recommended by Engadget are selected by our editorial team, independent of our parent company. Some of our stories include affiliate links. If you buy something through one of these links, we may earn an affiliate commission.