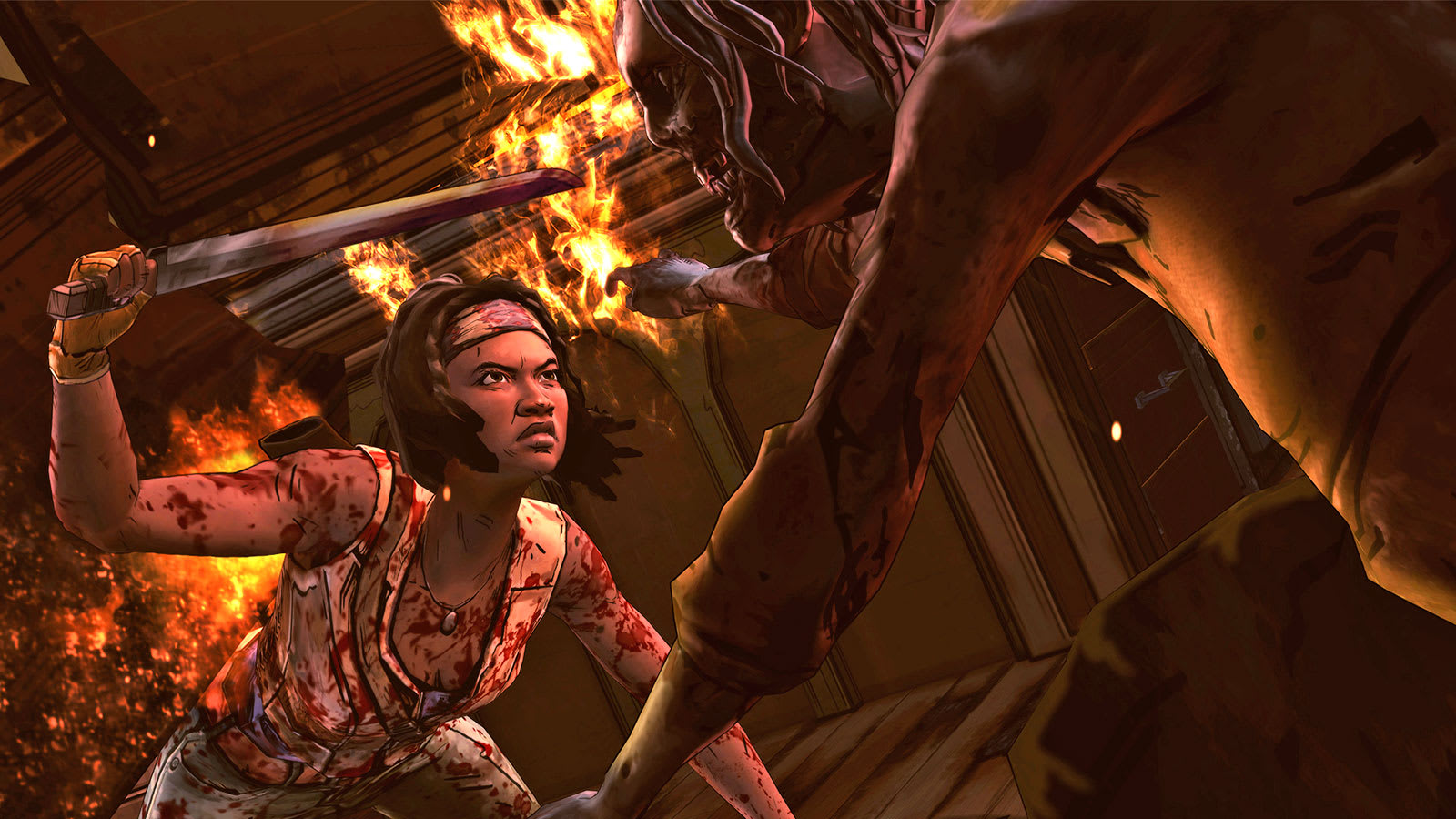 Following the success of The Walking Dead game, Telltale launched a new miniseries starring everyone's favorite katana-wielding heroine, Michonne. The studio will release the third and final episode on April 26th for pretty much every platform but Linux.

Fans of the AMC shows, take note: the game inhabits the world of The Walking Dead comics, so don't expect any crossover from the TV series. You won't need to play The Walking Dead main game to understand what's going on in the miniseries, but you'd be doing yourself a favor if you did. The high-stakes drama, lush cel animation, and great voicework has earned The Walking Dead serious accolades.

Michonne's miniseries explores her seafaring self-exile from the main cast during a recent time-jump in the comics. Without spoiling the plot of the first two episodes, Michonne kicks ass, deals with haunting flashbacks, and brutally decides who lives and dies. Y'know, standard Telltale fare.

All three episodes are sold as a $15 bundle.

Source: Telltale Games
In this article: av, gaming, personal computing, personalcomputing, Telltale, TheWalkingDead
All products recommended by Engadget are selected by our editorial team, independent of our parent company. Some of our stories include affiliate links. If you buy something through one of these links, we may earn an affiliate commission.