On Monday, Australian Craig Wright told journalists from the BBC, The Economist and GQ that he created Bitcoin. He asserted that he was the figure behind the pseudonym Satoshi Nakamoto and presented Nakamoto's own cryptographic keys as proof. Gavin Andresen, the chief scientist at the Bitcoin foundation, supported him, saying that he verified these as "keys that only Satoshi could possess." But no sooner had the news been made public than people begin to pick holes in the proof that Wright had provided. By Thursday, Wright had withdrawn his claim, saying he didn't "have the courage" to prove he was Satoshi Nakamoto. In four days, he went from being the man behind Bitcoin to a scam artist on the hunt for a little glory.

What's been going on

At some point in the recent past, Craig Wright, a 45-year-old computer scientist from Brisbane, approached those three publications. He met with them in London and had Gavin Andresen flown in to verify his claims -- not that Andresen needed much convincing. In a blog post published to coincide with the news of Wright's admission, Andresen says that even before then he was "reasonably certain" he was sitting next to the "father of Bitcoin."

The cornerstone of Wright's claim is that he had a key that he said came from the earliest days of Bitcoin. The specific information was pulled from the first transaction made on the service between "Satoshi Nakamoto" and the late engineer Hal Finney. Jon Matonis, who helped set up the Bitcoin Foundation, was also involved in that London meeting to determine if Wright was indeed Nakamoto. He agreed, saying that he had "no doubt that Craig Steven Wright is the person behind the Bitcoin technology, Nakamoto consensus and the Satoshi Nakamoto name."

Catching Wright was as simple as typing in all the characters from his key and "googling them to find them in the blockchain."

As soon as the proof was published online, researchers in the wider Bitcoin community began to object. Security researcher Dan Kaminsky was one of the first to launch a broadside against Wright's claims. He accuses the Australian of simply copying and pasting publicly available data onto his blog and passing it off as proof. For instance, the key that was taken from that initial Nakamoto-Finney transaction is a matter of public record. Security researcher Robert Graham has also labeled Wright's attempt to come forward as the creator of Bitcoin as a "scam." He adds that catching Wright was as simple as typing in all the characters from his key and "googling them to find them in the blockchain."

Wright's claims were treated with a Zapruder level of analysis by an internet determined to discover the truth. By early Wednesday, Wright said that he would post "a series of pieces" that would "lay the foundations for this extraordinary claim." More importantly, he said he would transfer Bitcoins from an early block -- a block that only Satoshi Nakamoto would be able to control. But while you'd think it would have been simple to drop a single "genesis block" Bitcoin to a journalist, Wright couldn't.

This wasn't the first time that Wright had seen such scrutiny. Back in December, Wired and Gizmodo both published claims based on "leaked data" that Wright was the creator of Bitcoin. A few days later, Wired went back on its position, saying the information it had been supplied was false. It was even suggested that Wright might have orchestrated a series of leaks in order to fool people into believing he was Nakamoto. Motherboard added that the PGP keys that were supplied as proof of Wright's legitimacy had been faked.

But by then, analysis of Wright's biography painted him less as a capable computer scientist and more as a fabulist. The Australian contacted the university where he claimed to have earned his Ph.D., which said he was actually still working on one. ZDNet spoke to SGI, a computing firm from which Wright claimed to have bought two machines, and the company went on the record saying it had never dealt with him. The Financial Times then noticed that several achievements he had previously boasted about on his LinkedIn profile had been erased.

A day later, Wright wiped his personal website from the internet, replacing it with a terse personal message (pictured above). He claims that as his "qualifications and character were attacked," his resolve to establish the truth weakened. He added that he was "not strong enough for this," that he could only say that he was sorry "and goodbye." The missive reads less like a studied withdrawal and more like a high school-level cry for attention. But here's the thing: None of this matters, because the identity of Satoshi Nakamoto never mattered. 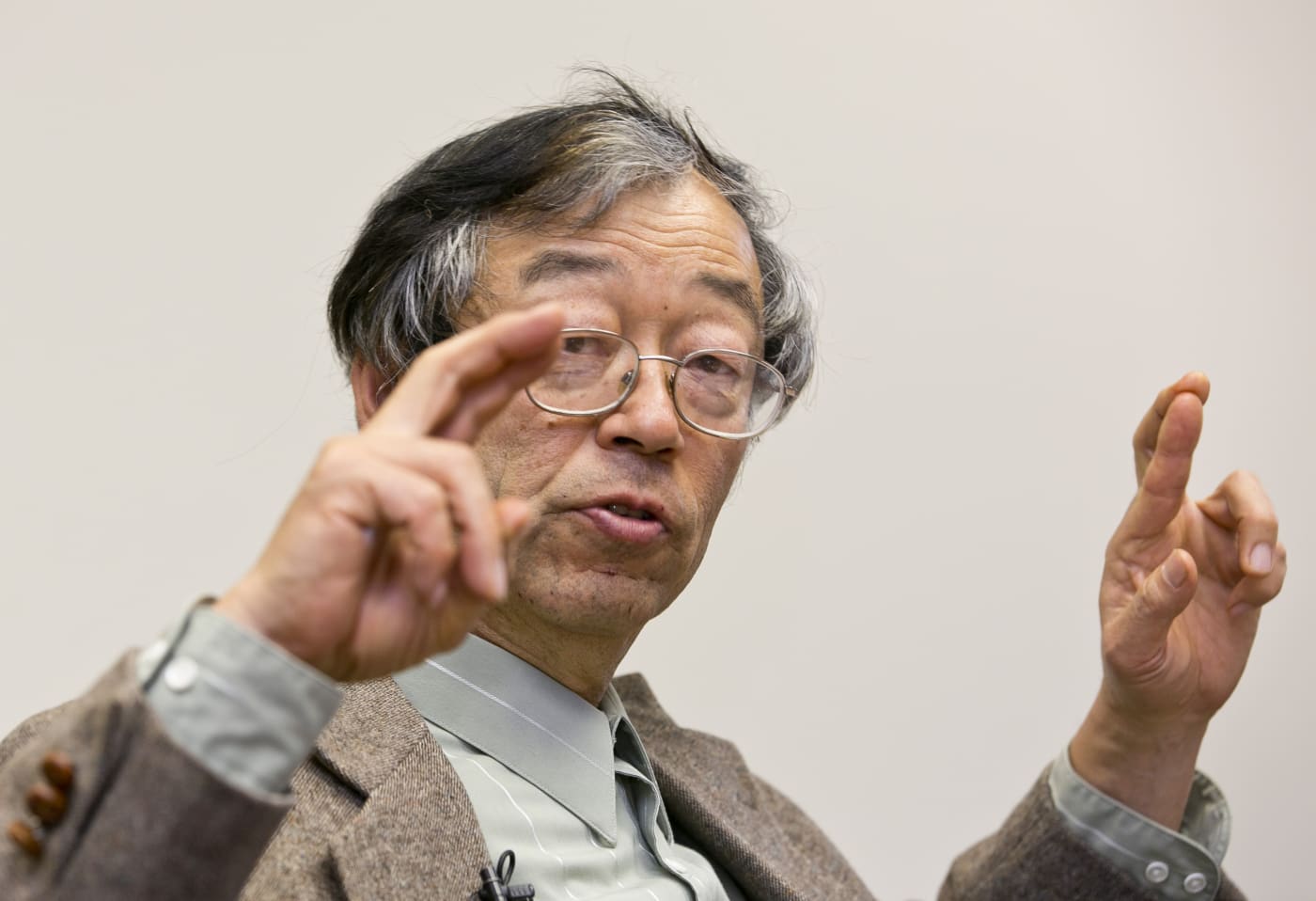 Everyone loves a mystery, and whenever someone tries to keep something private, others will look to expose it -- especially journalists. That's true here too, with some members of the tech press bent on unmasking the figure, or figures, behind Satoshi Nakamoto. The most egregious example is when Newsweek boldly claimed that Dorian Satoshi Nakamoto was his eponymous namesake. Unfortunately, even a cursory glance at Nakamoto's history and background made it patently obvious that he wasn't the guy. That didn't stop a group of journalists from engaging in a low-speed car chase through the streets of LA to track down the unemployed, 65-year-old former stroke victim.

Some believe that knowing the real identity of Satoshi Nakamoto is important because, without that knowledge, you can't trust Bitcoin. The logic is that you can't trust the cryptocurrency's teleology unless you can understand its founder. There are also people who believe that the system could have been founded as a scam or as a government project with as-yet-undeclared nefarious aims. But that doesn't make sense, since we know why Bitcoin exists and its goals and methods have been plain from the start.

Wei Dei is the author of "B-Money," a paper whose ideas would later underpin Bitcoin. In the document, Dai explains that his desire is to create a currency that renders government "permanently forbidden and permanently unnecessary." The crypto-anarchist philosophy he espouses effectively says that governments exist to protect property, but if algorithms can do that job, you don't need government. During an Ask Me Anything session in 2014, Dei expanded on this point, saying that Bitcoin was built to serve people "who distrust flexible government monetary policies." As for his feelings on Nakamoto's identity, he says that "it doesn't matter too much, except to satisfy people's curiosity."

If Bitcoin's creator washes his hands of it, why should anyone else buy in?

Perhaps more important than Nakamoto's identity is what he intends to do with the technology. After all, the creator of the platform also mined the first Bitcoins, a volume of money known as the "genesis block." There's no concrete evidence as to the size of the genesis block, but at least one website has pegged it at around 1 million BTC. At current exchange rates, that's worth around $448 million, but it would have been worth twice as much at the currency's peak in late 2013.

The concern for people who are involved with the Bitcoin market is that Nakamoto has enough power to do a lot of damage to the currency. Were he to theoretically sell all of his coins at once, he would strike two serious blows to its future. First, it would cause a depression in the market value that could take years to recover from. Second, it would erode investor confidence in Bitcoin, since, after all, if its creator washes his hands of it, why should anyone else buy in?

Why this isn't a big deal 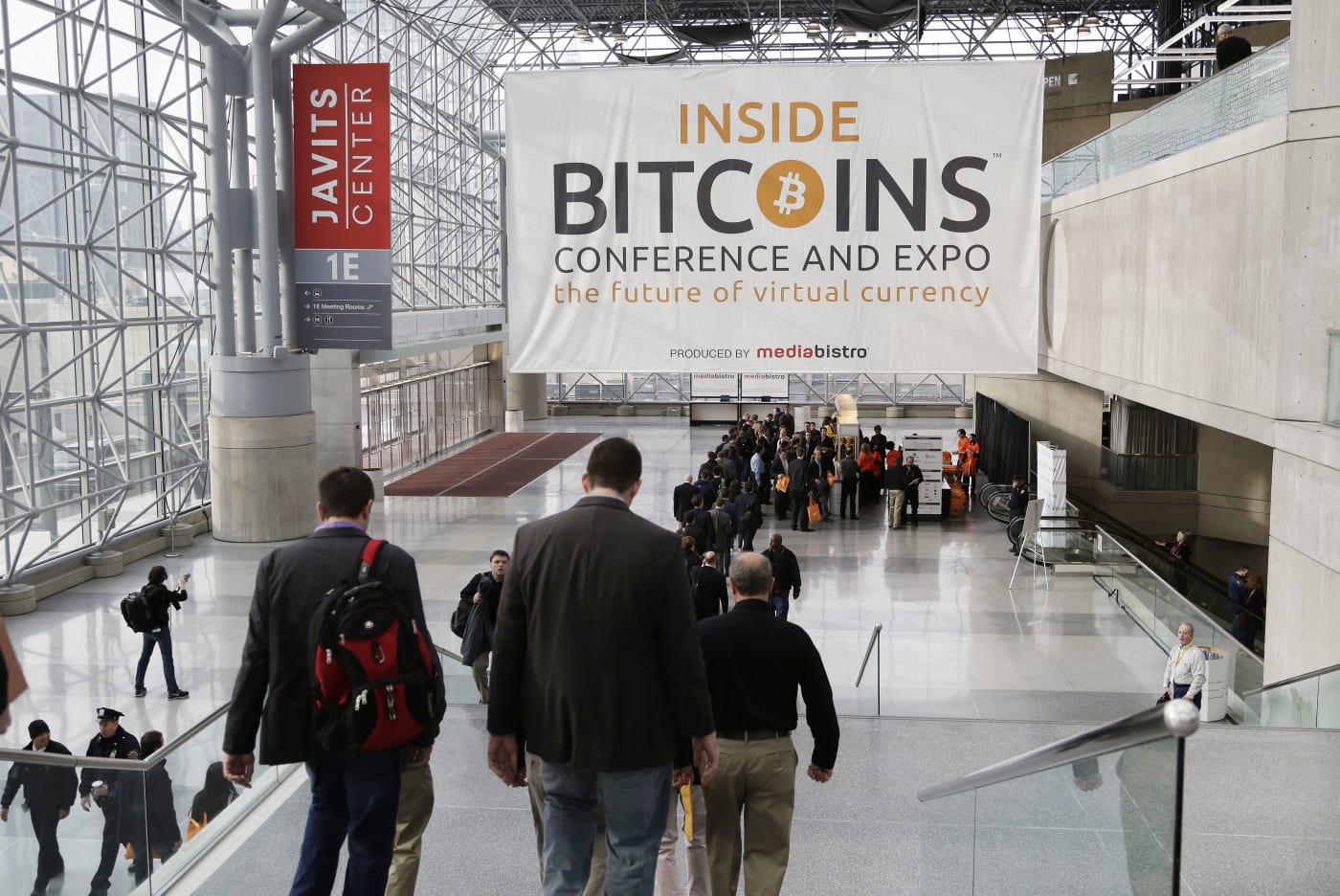 People believe that knowing where Bitcoin came from will help us to understand where it's going, but that's not the case. The cryptocurrency has moved well beyond Satoshi Nakamoto, and there's now a vibrant community that develops and supports it. In fact, Bitcoin is a living, breathing entity that isn't owned by a single person anymore, so having a creator figure to interact with isn't that useful.

Despite a disproportionate amount of media coverage, not too many people actually use Bitcoin on a daily basis. At the start of 2016, it was reported that the system handles around 200,000 transactions each day. By comparison, PayPal processes 13.4 million transactions in the same period of time. There's no indication that Bitcoin's growth is going to suddenly explode this year. In fact, it's just as likely that the currency is close to hitting its ceiling.

Bitcoin has also failed to convince people outside of its community that there's any value in adopting it. Perhaps that's because there isn't value when existing currencies offer stability and security and you don't have to worry if your money will be accepted. In many ways, Bitcoin is for economics what homeopathy is for medicine: based on a historically discredited principle. If you aren't so openly mistrustful of your government, or have any sort of appreciation for history, then it's simply not worth using.

Bitcoin is for economics what homeopathy is for medicine: based on a historically discredited principle.

As we explained in our 2013 primer, Bitcoin is based on a variation of gold standard economics that required money to be worth a set quantity of gold. The idea is that the value of an individual unit (Bitcoin or US dollar) could never drop below that base minimum. But because scarcity increases value, gold standard economies offer perverse rewards for people not to spend money. Rather than driving investment and purchasing, it encourages its citizens to put cash in the bank and wait for it to appreciate in value.

That's fine for small groups of investors but not for the population at large, since it encourages a depression. That's why FDR had to abandon the US gold standard in 1933, because it was holding back a boom. For some reason, Bitcoin's advocates seem determined to repeat the mistakes of their forefathers. But if the past two centuries have taught us anything, it's that Bitcoin's success will be short lived, and no amount of information about its creator will change that.

In this article: Bitcoin, CraigWright, culture, editorial, GavinAndresen, internet, SatoshiNakamoto
All products recommended by Engadget are selected by our editorial team, independent of our parent company. Some of our stories include affiliate links. If you buy something through one of these links, we may earn an affiliate commission.