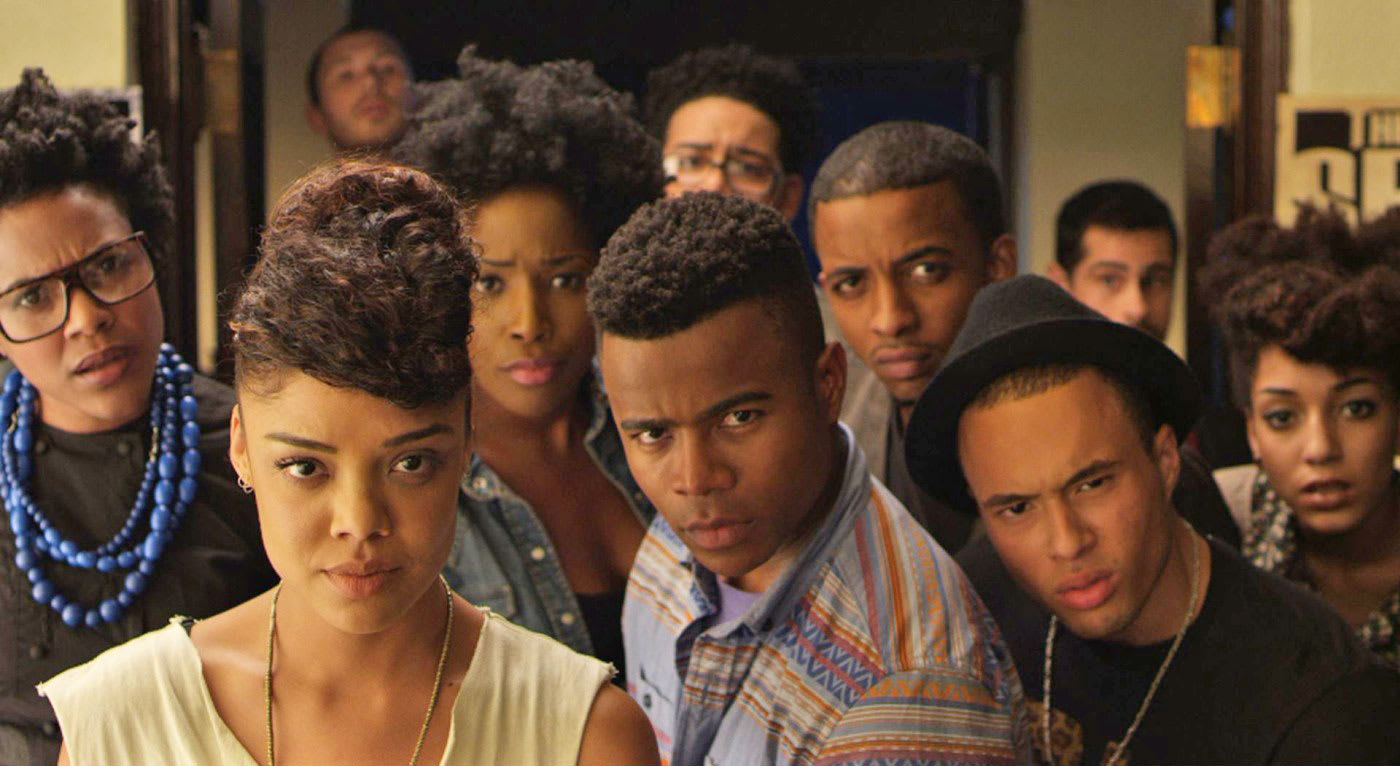 As Netflix's store of original content continues to grow by leaps and bounds, The Hollywood Reporter notes it is adding another new series: Dear White People. It's based on 2014 film with the same name that took a satirical look at the experiences of minority students in a majority white Ivy League environment. Its creator Justin Simien made a trailer for the flick with his tax return to promote an Indiegogo campaign that funded the movie, which went on to win the Special Jury Award for Breakthrough Talent at the Sundance Film Festival.

Lionsgate's Roadside Attractions released the original movie (which was available on Netflix streaming for a time before it left as the service's deal with Epix expired), and Lionsgate TV is producing the series, its second deal with Netflix after Orange is the New Black. According to Deadline, Simien is writing the 10 episode series adaptation, and will direct the first episode.

Simien had previously said he pictured the movie as a series, similar to something like A Different World. That's particularly notable given The Washington Post's recent report on the dearth of black TV shows on Netflix and other streaming services (it added ADW in March 2015), and slightly lower adoption among minority groups. It's also only the second Netflix original I can think of to feature a black writer and (presumably, if it follows the casting of the movie) lead characters, after Cheo Hodari Coker on Marvel's Luke Cage series. That's not for lack of trying of course, as it lost out to a lower bid for Nate Parker's Birth of a Nation at the Sundance festival earlier this year.

Source: Deadline, Variety, The Hollywood Reporter, Shadow and Act
Coverage: NPR
In this article: av, DearWhitePeople, entertainment, JustinSimien, Lionsgate, Netflix, netflixoriginals, services, video
All products recommended by Engadget are selected by our editorial team, independent of our parent company. Some of our stories include affiliate links. If you buy something through one of these links, we may earn an affiliate commission.