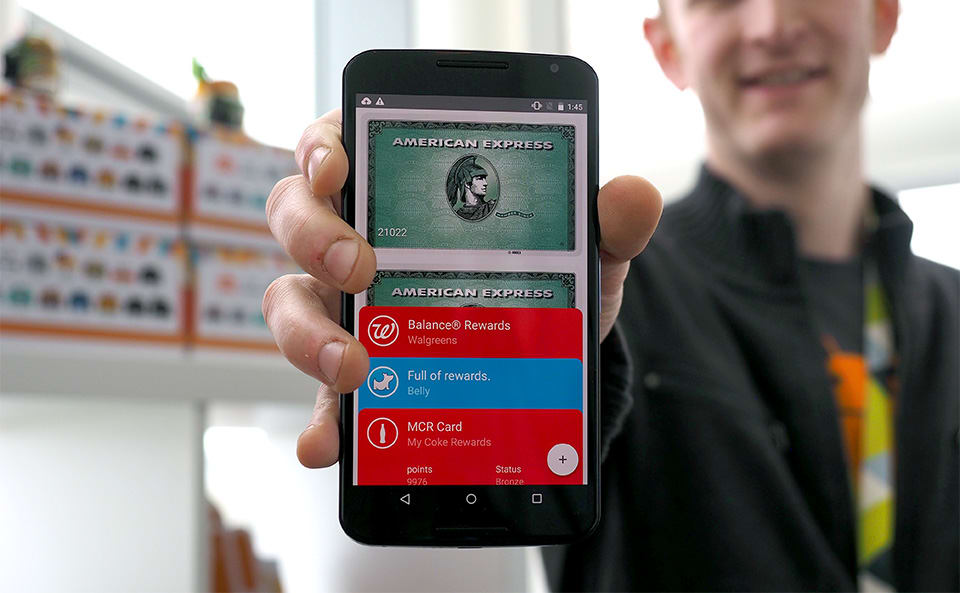 There's more to today's Android Pay news than just a long-awaited UK launch. Google doesn't want people to just think of Android Pay as a way to pay for things in stores with phones, so today it pulled back the curtain on new and updated APIs to let developers -- and merchants -- use Android Pay in more places and in different ways.

For example, buying stuff on the web can suck sometimes when you have you fill out the same address and payment method forms all the time. A new API called PaymentRequest aims to fix that. Thanks to a built-in partnership with the Chrome team, apps that use this API will effectively let you bypass all those forms and pay for your stuff with just a few taps. Meanwhile, an existing API called Save to Android Pay now lets developers and companies (among other things) enroll new customers in loyalty programs. People who want to get credit for their sundries -- Walgreen's is an early partner -- can either sign up through a link in a payment notification or just by tapping their phones to a store's NFC reader.

Of course, pushing Android Pay in new ways requires a little help from the companies who want to accept it. Pali Bhat, Senior Director of product management at Google says the company is working with (currently unnamed) banks to build Android Pay directly into their apps. That could be an incredibly potent vector in getting people using Google's mobile payments system; they'd be able to download their bank's app as normal, and would be prompted to setup Android Pay upon launch.

Oh, and speaking of banks, there's one big Pay partnership you should know about. If you're a Bank of America customer, you'll be able to use your Android Pay-enabled phone to withdraw cash from certain ATMs. Bhat says the program is rolling out to hundreds of BoA ATMs across the country. The only bottleneck is how quickly Bank of America can or wants to install new contactless readers on their machines.

In this article: android, androidpay, api, bankofamerica, developer, gear, google, googleio2016, io, io2016, services
All products recommended by Engadget are selected by our editorial team, independent of our parent company. Some of our stories include affiliate links. If you buy something through one of these links, we may earn an affiliate commission.