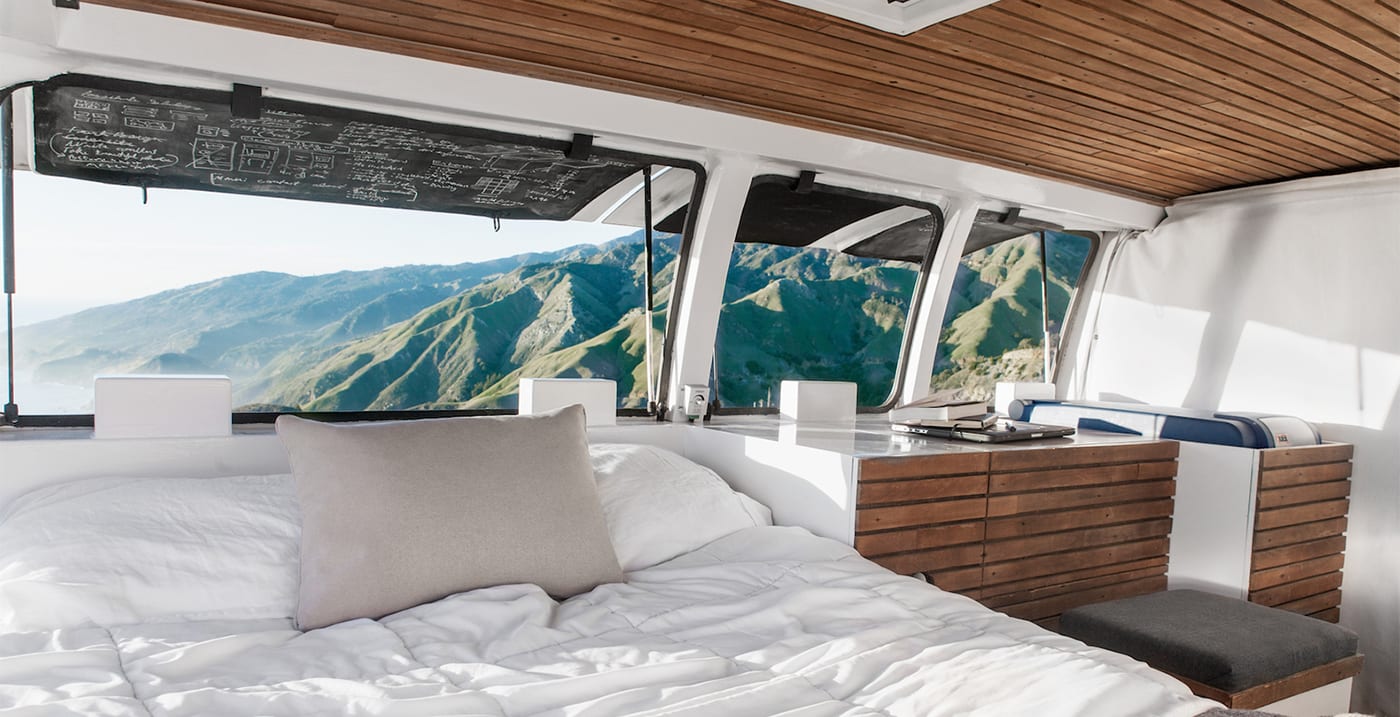 Is the age of the flying car upon us? This week a new report revealed that Google co-founder Larry Page has secretly invested over $100 million in two aerial vehicle startups. Meanwhile, four major political parties in Norway have proposed a ban on all gas-powered cars by the year 2025. A team of Swedish students unveiled one of the world's most energy-efficient rail-bound vehicles. A young filmmaker transformed a boring Chevy van into an incredible solar-powered mobile home. And the Coboat is a sun and wind-powered catamaran for co-working freelance nomads.

Wave power has lagged behind solar and wind energy, but that could be changing. Australia just set a world record by generating 14,000 hours of wave power, while a new oceanic energy plant could provide 15 percent of Gibraltar's energy. Switzerland is harnessing energy from water with a massive subterranean hydropower plant that can power one million homes. Harvard just developed a new artificial leaf that uses sunlight to split water into hydrogen fuel. Apple formed a new company to sell surplus solar energy. And an Icelandic power plant found a way to turn carbon emissions into stone.

Sometimes the most brilliant designs are the simplest. Take the Eco Cooler, a clever air conditioner made from plastic bottles that cools down buildings without using any energy. IKEA is going green by launching a new hydroponic garden specifically designed for restaurants. BioLite launched a brand new line of camping gear that keeps your gadgets charged when you head off the grid, and a disturbing new study warns that the Earth's magnetic field is weakening 10 times faster than expected. And in wearable tech news, Adidas launched a new line of shoes made entirely from recycled ocean plastic, and a Parson student developed a functional fashion line specifically to help Syrian refugees.

In this article: Adidas, apple, Australia, BioLite, Chevy, Coboat, design, EcoCooler, gear, green, Harvard, Ikea, inhabitat, InhabitatWeekInGreen, LarryPage, Norway, Parsons, ParsonsSchoolOfDesign, partner, science, Switzerland, syndicated, transportation, weekingreen
All products recommended by Engadget are selected by our editorial team, independent of our parent company. Some of our stories include affiliate links. If you buy something through one of these links, we may earn an affiliate commission.