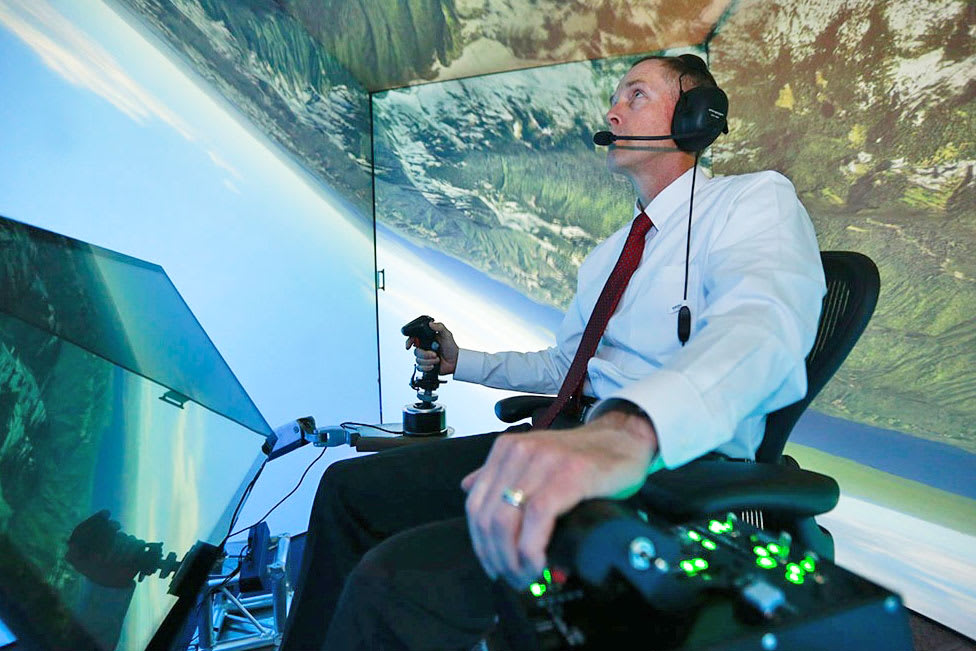 The details of Col. Lee's showdown were published in University of Cincinnati Magazine and the ALPHA AI itself was developed by UC offshoot Psibernetix, Inc. as an autonomous wingman to a human pilot. After ALPHA shot down a range of other AI opponents, Col. Lee jumped into the simulator against a "mature" version of the ALPHA code last October. Lee, who has trained thousands of Air Force pilots and has been taking on AI opponents since the early 80s, was unable to score a single kill against ALPHA on multiple tries. In fact, he was shot down every time.

"I was surprised at how aware and reactive it was," Lee told UC Magazine. "It seemed to be aware of my intentions and reacting instantly to my changes in flight and my missile deployment. It knew how to defeat the shot I was taking. It moved instantly between defensive and offensive actions as needed."

Even when the researchers placed ALPHA at a severe disadvantage by limiting the speed, turning, and weapons and sensor capabilities of its simulated aircraft, the AI pilot was able to beat out other expert human pilots. According to UC Magazine, ALPHA's AI is fast and robust enough to actually coordinate a tactical plan in a combat situation "over 250 times faster than ALPHA's human opponents could blink." Going beyond current AI-Human combat teams, ALPHA will eventually be able to control a squad of Unmanned Combat Aerial Vehicles flying in support of a human pilot, constantly learning and adapting to opponents in the heat of battle.

"ALPHA would be an extremely easy AI to cooperate with and have as a teammate," UC researcher Kelly Cohen explained. "ALPHA could continuously determine the optimal ways to perform tasks commanded by its manned wingman, as well as provide tactical and situational advice to the rest of its flight."

Almost as impressive as ALPHA's piloting skills: the AI's algorithms actually require very little processing power to execute. According to UC researchers, the system was trained and tested on a $500 consumer-grade PC, but it could run on something as simple as a $35 Raspberry Pi machine. It does this using what's called a "Genetic Fuzzy Tree" system that distills data into key language-based variables and makes decisions the same way a human might. The difference, to make the inevitable Top Gun reference, is ALPHA flies "ice cold, no mistakes."

Via: UC Magazine
Source: Journal of Defense Management
In this article: ai, airforce, ALPHA, ArtificialIntelligence, combatai, military, robots, science, security, TL16AISMRT, UniversityOfCincinnati, UnmannedAerialVehicle, usaf
All products recommended by Engadget are selected by our editorial team, independent of our parent company. Some of our stories include affiliate links. If you buy something through one of these links, we may earn an affiliate commission.