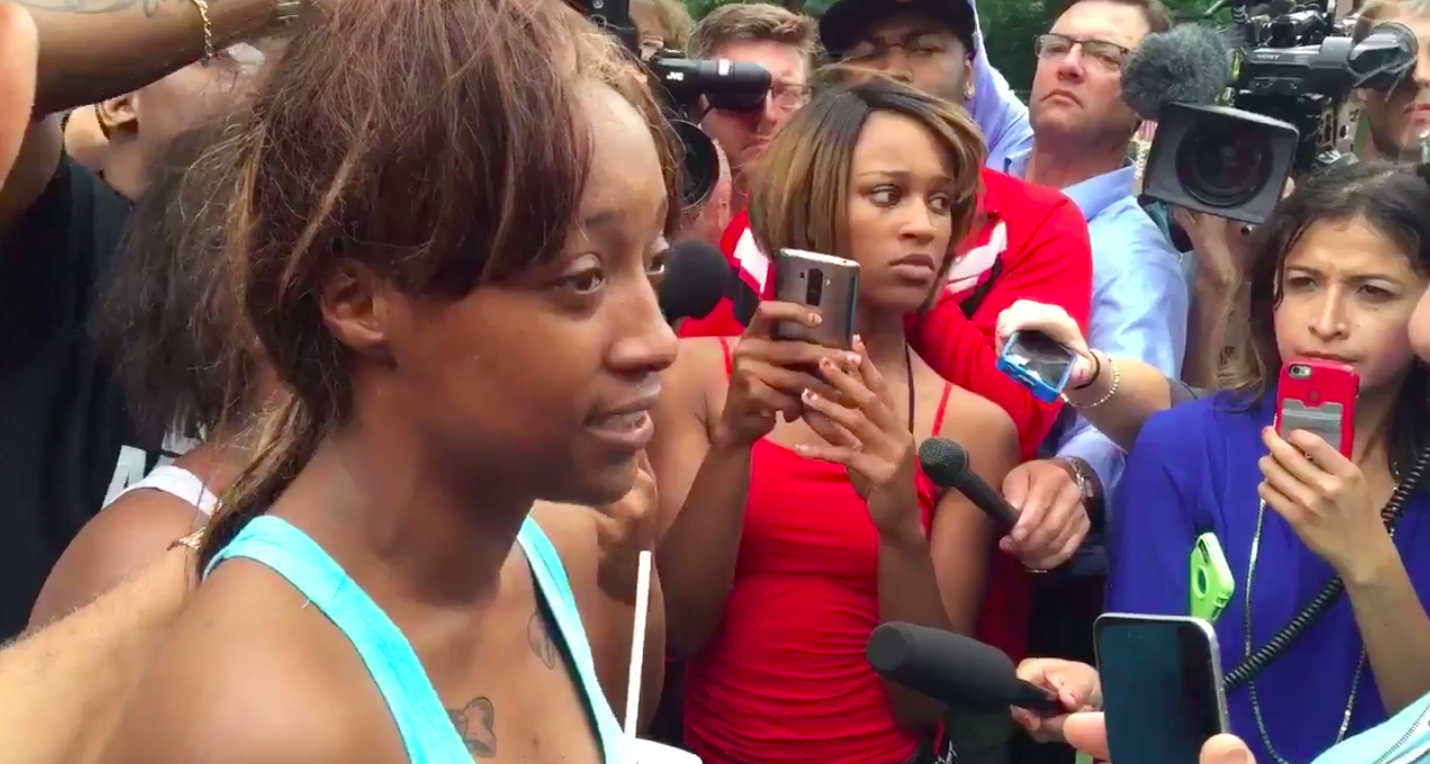 A Facebook Live video capturing the aftermath of a fatal police shooting briefly disappeared from Facebook after going viral on Wednesday night, and the social networking site has apologized, blaming the down time on a bug in the system.

"We're very sorry that the video was temporarily inaccessible," a Facebook spokesperson told TechCrunch. "It was down due to a technical glitch and restored as soon as we were able to investigate."

The video is now available again on Facebook, though it carries a warning reading, "Graphic video: Videos that contain graphic content can shock, offend and upset. Are you sure you want to see this?"

Diamond Reynolds began the Facebook Live stream directly after she says her boyfriend, Philando Castile, 32, was shot at least four times by a police officer in Falcon Heights, Minnesota. The video shows Reynolds and Castile, who are both black, in their car, with a white police officer pointing a gun through the driver-side window. Castile is slumped over in the driver's seat, covered in blood. Reynolds' 4-year-old daughter is in the back seat. Castile died from his injuries.

In the video, Reynolds explains that she and Castile were pulled over for a broken taillight. She says Castile told the officer he had a concealed carry permit and a firearm on him, but when he moved to get his wallet from his pocket, the officer opened fire.

The fatal shooting comes one day after Anton Sterling, a 37-year-old black man, was wrestled to the ground and shot dead by white police officers in Baton Rouge, Louisiana, with the scuffle and aftermath captured on camera. Video of the Sterling shooting went viral as well. Support for the victims' families and outrage has flooded social media, fueling the ongoing #BlackLivesMatter movement across the United States.

Reynolds' Facebook stream is another example of the power that live video can wield.

Source: TechCrunch
In this article: culture, DiamondReynolds, facebook, facebooklive, FalconHeights, internet, livestream, PhilandoCastile, politics, services
All products recommended by Engadget are selected by our editorial team, independent of our parent company. Some of our stories include affiliate links. If you buy something through one of these links, we may earn an affiliate commission.