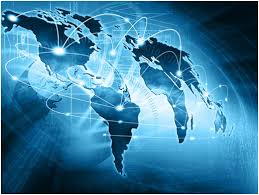 With over 269 million internet users, the US surely represents one of the biggest online markets across the globe. Standing in 2016, the proportion of internet users in America is 88.5% which is a cool 19.6% increase from 68.9% ten years back. USA is also one of the toppers when it comes to internet freedom which has further helped to accelerate the easy virtual browsing practices in the continent. Online statistics reveal almost similar intensity of internet adoption among both genders- however internet usage here is vastly proportional to higher education & income here.

On an average, internet users across the States spend 1,395 billion+ minutes over the web across several digital platforms. Mobile browsing is fast overtaking conventional desktop-based internet usage today & Americans spend around 646 billion digital minutes virtually via smartphone. When it comes to most popular activities online in the USA, social media tops easily, followed by online gaming & shopping. Images, maps & messaging contents are usually accessed or shared through mobile devices. Facebook is the most favorite app for US mobile users with a whooping 73.3% user reach. YouTube is a close second.

So, who are the topmost internet service providers in the USA at present?

The biggest home internet service provider for the Americans, Comcast caters to more than 19 million customers today. With its amazing download speed reaching up till 105 Mbps, Comcast offers cable TV & telephone network, along with internet services, to firty States. The company is also flexible with wireless internet. Renowned for consistent high-speed connections, the Comcast plans are backed by a robust Constant Guard security support. The cool deal is that there are always some free extra services with all plans here, such as identity protection, parental controls and of course, internet security. A 24/7 chat support service is available to handle emergency network troubles.

The 2nd biggest multiple service portals in America, TWC covers 15 million+ users throughout the States with its internet, phone and cable TV service. One of the most favorites of the market experts, the reputed service provider can support faster-than-average network speed up till 50 Mbps- through its own hybrid cable network. The good thing about TWC is that it allows the users to scale down the speed limit if they don't need the fastest speed or are looking for a more affordable plan. If you are asking about extra services, the company extends parental controls, 15-30 email accounts, free firewall, anti-virus and anti-spam protection.

AT&T is another popular name for reliable internet service providers in the USA. Operating on state of the art digital network, it assures extremely speedy internet that allows any form of online activity easily. The great bit is that AT&T U-verse internet guarantees a blazing speed up till 45Mbps. However, there are still plans with lesser speed if you don't exactly need such top-gear speed. The service provider covers most of the major areas in America, with its reach extending to rural regions as well. There is a great range of awesome extras here like secured email accounts, internet security, Yahoo integration, strong firewall and so on.

Cox scores high with its superb speed and most importantly above-average client service reputation. One of the oldest of telecommunication companies in America, Cox now serves more than 6 million users with versatile range of internet plans, with speed ranging from around 5 -150 Mbps. Cox connections are available in all major American cities like Cleveland, San Diego, Phoenix, Las Vegas and New Orleans. One of the best parts about Cox is that it extends low-cost internet service for underprivileged children.

The list would be incomplete without the mention of Suddenlik which is quite a popular name in the small towns & rural areas. The service provider speaks of quite an impressive speed, reaching up to 150 Mbps and sometimes even 170 Mbps. Mention must be made of Suddenlink2GO which comes free of charge with high-speed internet plans and it assures easy connect to popular TV shows. Suddenlink has also earned a great repute with its robust customer care service.

No matter whichever internet service provider you are taking to, it's a must that you take a comparative study on the plans and offers before you proceed with your subscription.