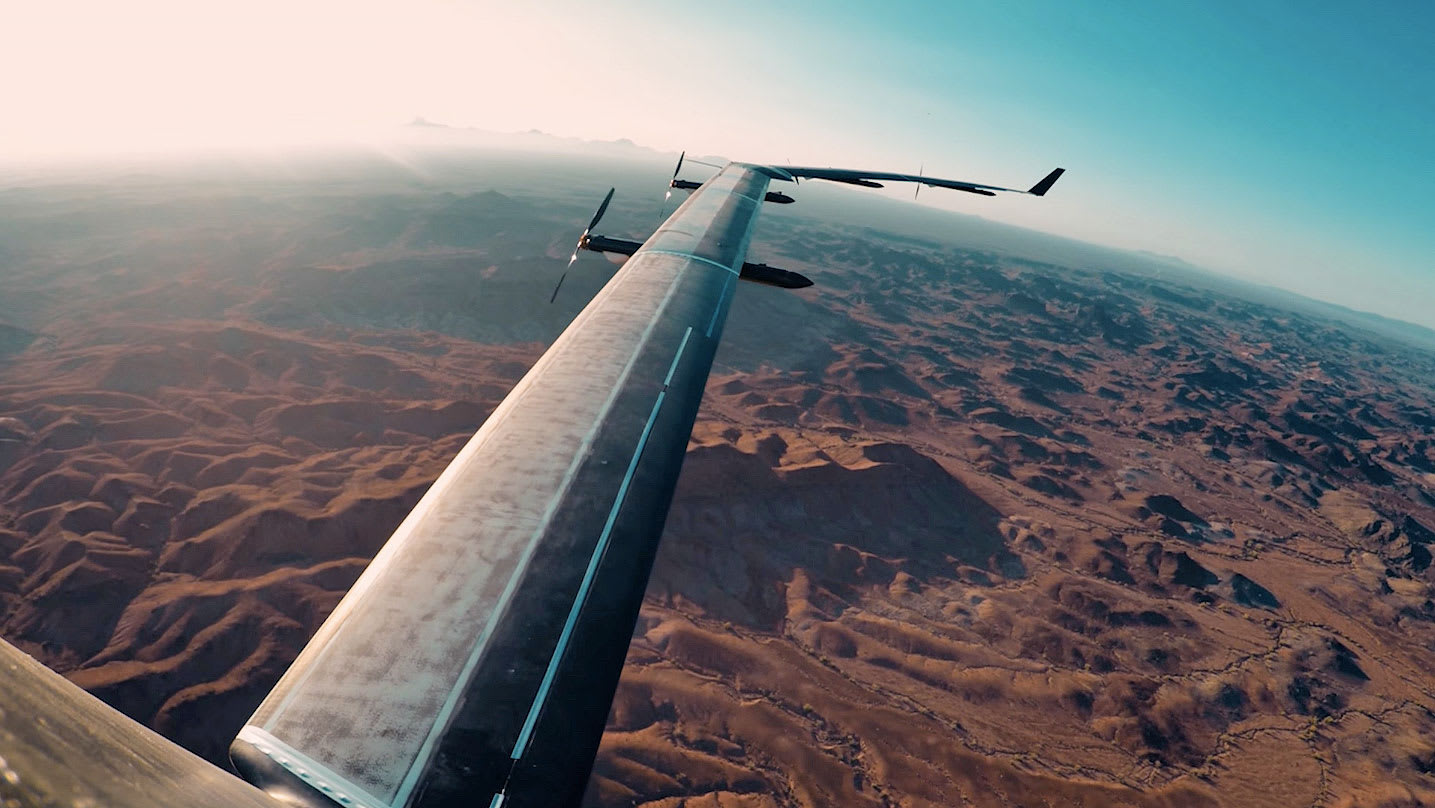 Facebook's solar-powered, internet-beaming plane Aquila is finally ready for takeoff after two years of engineering and scale model flights. As the company reports today, a full-scale version of Aquila made its first official flight on June 28th, staying aloft for 96 minutes while the ground crew tested everything from the autopilot system to the aerodynamics and radios.

The full-size Aquila has the wingspan "comparable to a commercial airliner's, but weighs only one-third as much as a car" and can fly at 60,000 feet on about 5,000 watts of power, or "about as much as three hair dryers." While the test flight was obviously much shorter than the two months that Facebook plans to fly the drones in their final version, it pretty much verified the Facebook aeronautics team's computer models across the board. As the team wrote in a blog post today, the only hiccup appeared to be a structural failure just before landing. The landing itself, however, was also a success. Naturally, the plane was strapped with cameras so it could also help produce its own promotional video:

Although the flight was a success, the team notes a few more challenges for the next test run: namely, will the plane be able to get enough sun to charge the batteries and keep the engines running at night. The team also notes that "for Aquila to succeed, it needs to be an economically viable alternative to current network infrastructure." Or, in other words, is building and maintaining a fleet of drones going to be more of less expensive than laying fiber optic cable to the remote, internet-less regions of the world? For now though, the team will focus on gathering even more data with more test flights and new aircraft designs.

Source: Facebook
In this article: aquila, drones, facebook, internet, projectloon, science, UAV
All products recommended by Engadget are selected by our editorial team, independent of our parent company. Some of our stories include affiliate links. If you buy something through one of these links, we may earn an affiliate commission.