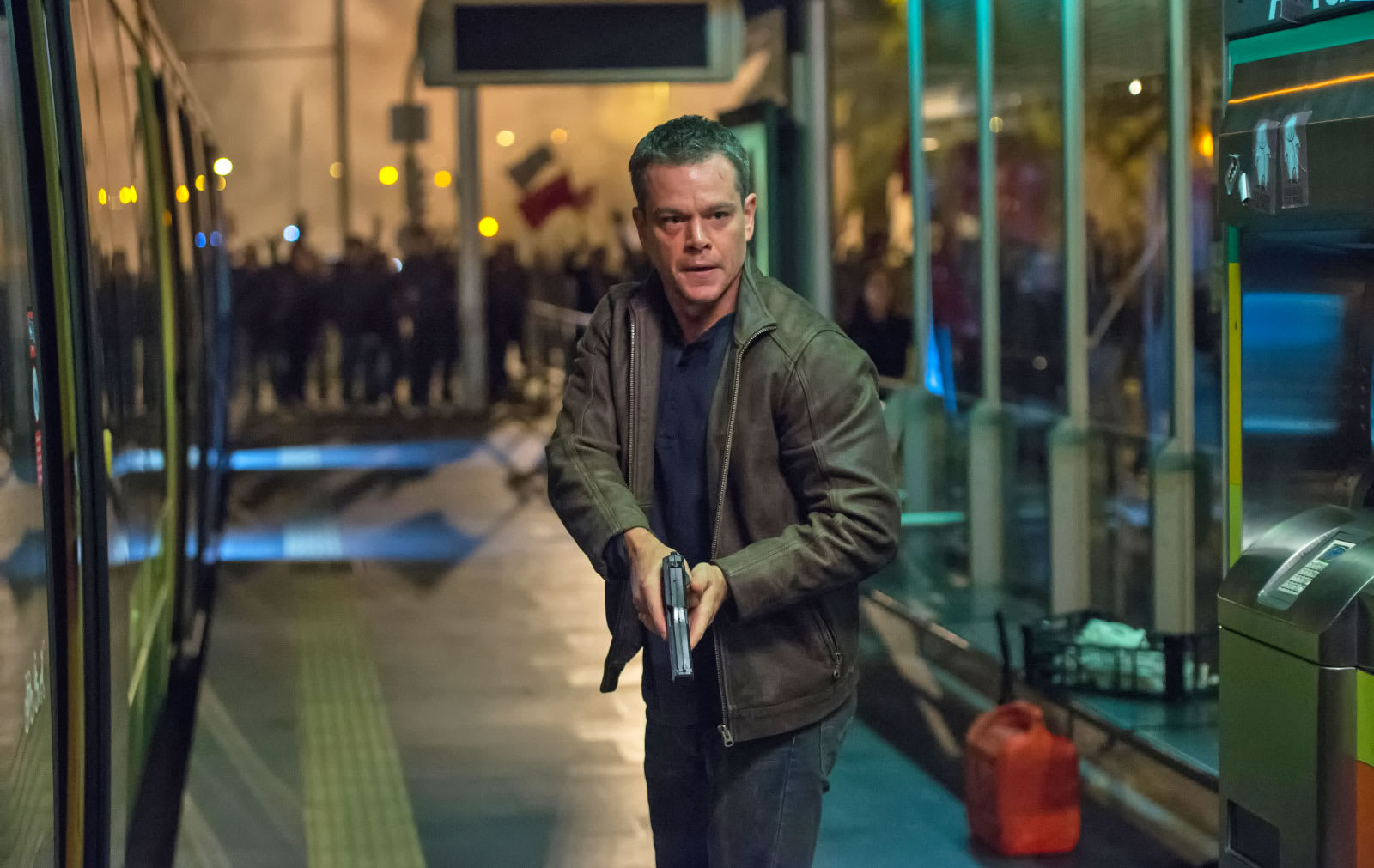 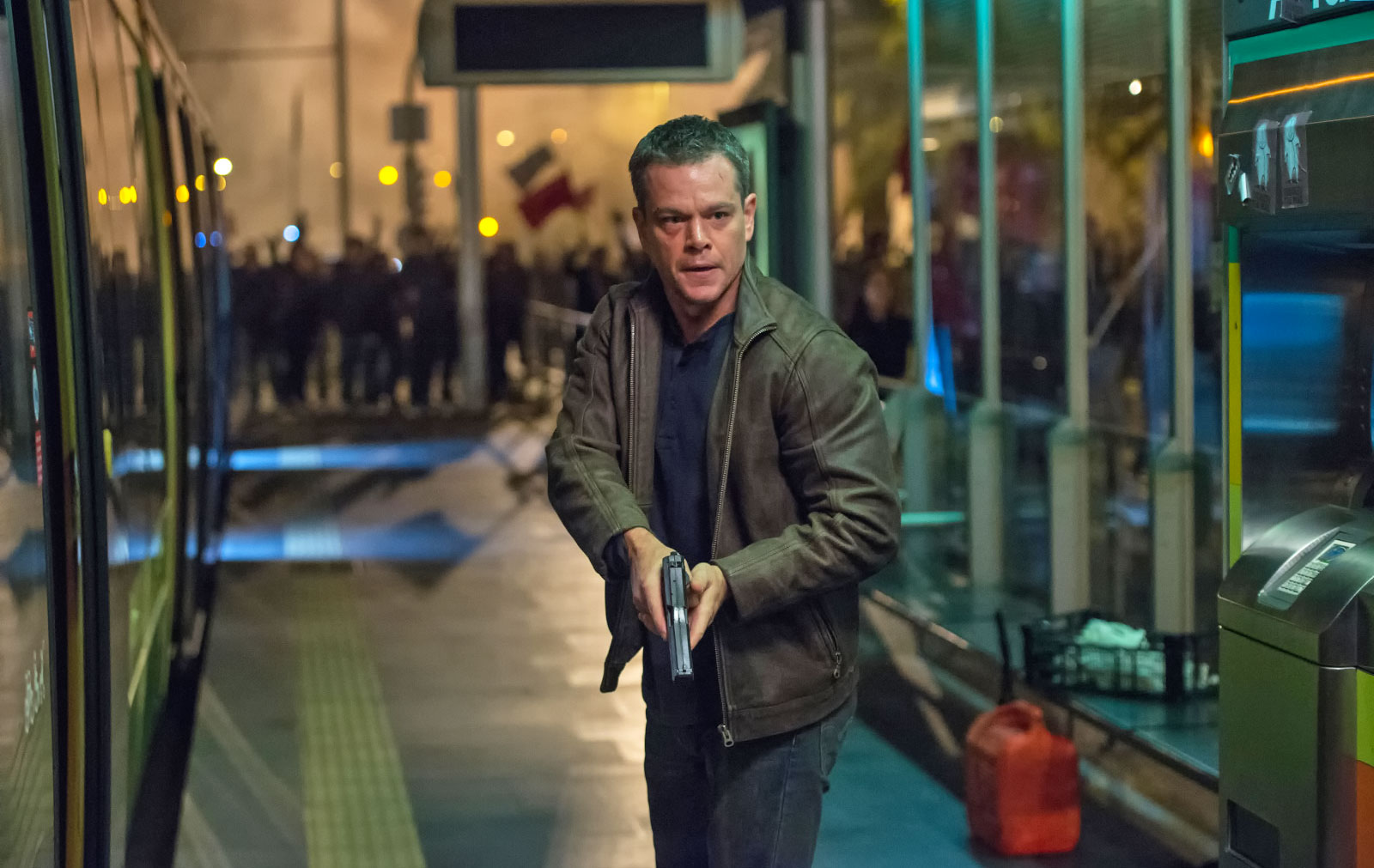 Jason Bourne, the latest film featuring Matt Damon's amnesiac assassin, isn't just a bad movie -- it's woefully ignorant about almost every aspect of technology. And that's a big problem when tech underpins almost everything in the film, from the social media company with a billion users that the U.S. government is secretly involved with, to the hacker collective trying to access and leak sensitive data from the CIA. We're used to seeing Hollywood dumb down technology in movies, but that's harder to stomach in a series focused on high-level government intelligence. And in a world where Mr. Robot has shown that you can balance technical accuracy with a compelling narrative, Jason Bourne simply has no excuse.

(Major spoilers for Jason Bourne ahead. You can also check out a full review on my film podcast.)

I knew the film was going to give me a headache from incessant eyerolling almost from the start. An early scene involves Nicki Parsons (Julia Stiles), one of the few recurring characters in the Bourne series, entering a secret hacker hideout in a dingy European city. In the background, someone mentions corrupting a database with SQL. Uh oh. SQL is a database programming language, but it's not something hackers would refer to as a tool of their trade. The film's writers, (director) Paul Greengrass and (editor) Christopher Rouse, were probably trying to refer to a simple SQL injection attack, which involves plugging malicious SQL commands in data-entry fields.

But the fun doesn't stop there. Parsons ends up using a decades-old CIA-issued device to somehow gain access to the agency's network, where she's able to find a collection of important files in a folder labeled "Black Operations." (Because what better place is there to store your most damning data?) Even if you can buy the plausibility of sensitive data being accessible remotely, why didn't anyone at the CIA kill access credentials to that device? That's IT security 101.

Back at CIA headquarters in Langley, a rising star in the agency, Heather Lee (Alicia Vikander), manages to stuff some "spyware" into the files as they're being downloaded (using one of the most generic screen interfaces I've seen in years). Parsons eventually loads the black ops files on an encrypted flash drive. The movie is very clear about that fact, since the drive has "Encrypted" written right on it. 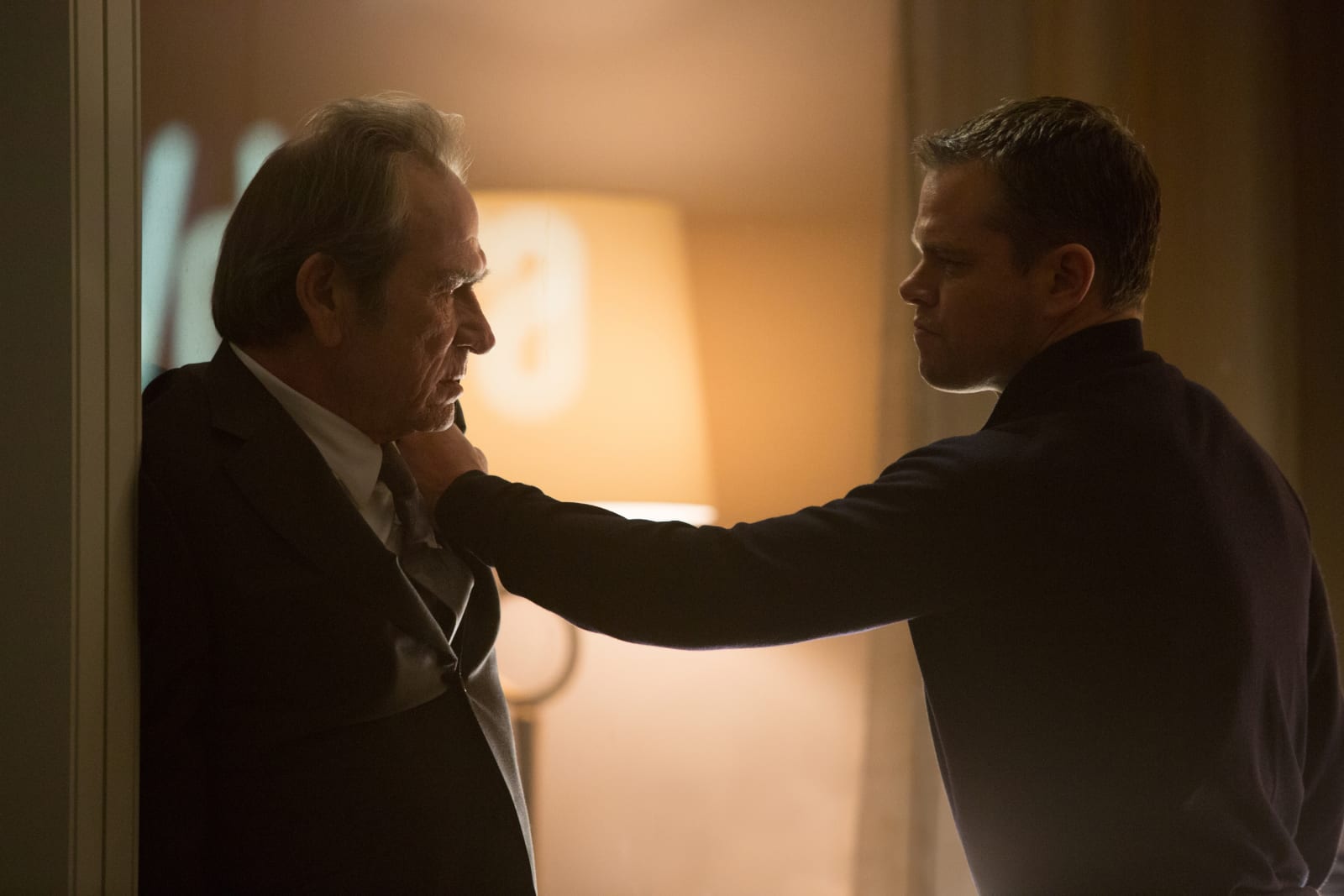 Once it's handed off to Bourne, he takes it to a supposedly sophisticated German hacker who promptly sticks it into his computer -- without any questions or malware scanning. Never mind that he doesn't know where the drive comes from and that his computer is connected to the internet.

If you take one thing away from this article: Don't plug strange things into your computer. And if you want to be a star hacker when you grow up, learn to love "air gapped" computers, which are physically isolated from any sort of network connectivity. Even if Bourne's contact actually had his computer air gapped and just never mentioned it, he still made it vulnerable by placing his smartphone right beside it. (Which is how the CIA eventually tracks the files with the spyware bundled into the disk.)

A CIA without intelligence

Ignore the fact that this is the fourth film where high-ranking CIA officers have the hubris to think they can catch Bourne, only for him to one-up them at the end (a trend I like to call "getting Bourned"). There are bigger problems afoot. For one, the film's writers have clearly never heard of the "zoom and enhance" meme. At one point, Agent Lee stares at an incredibly blurry photo of Parsons, shouts "Enhance!" and the image is magically cleared up. So many sighs.

If you take one thing away from this article: Don't plug strange things into your computer.

Then there's the fact that the CIA appears to be using operating systems designed for children, with simplistic interface and large bold letters. Sure, movie UIs have to be simplistic enough for audiences to understand, but we've seen them handled far better in Marvel films. Worst of all? The basic directory structures make it seem like just about anyone can easily access black ops files.

Later in the film, when Lee ends up siding with Bourne, she tweaks the clearance of his fake passport to help him travel from Europe to the US. Of course by that point, he's practically one of the most wanted men in the world. Bourne doesn't set off any other security triggers as he speaks to immigration and simply strolls into Las Vegas, without wearing any sort of disguise.

Being a film vaguely about information and intelligence in 2016, it was inevitable that social media would play a role in Jason Bourne. Deep Dream -- a vaguely suspicious name for a company, if there ever were one -- idealistically promises that it'll never share its users' information. Of course, we learn that it has ties to the U.S. government. During a fake tech conference, the company's CEO (played by the fantastic Riz Ahmed), dramatically announces a new platform that will "personalize" users' experiences based on their preferences to rapturous applause. Never mind that that's something every company does these days. If that was a pitch that landed in my inbox, I'd delete it without a second thought.

At no point in the film do we even learn what Deep Dream does. Contextually, we can assume it's like a Google/Facebook hybrid, but we never see people using it, and its CEO never explains what makes it special. It's more akin to Silicon Valley's Hooli -- a tech titan that doesn't actually do much -- than anything in real life. It's almost as if the writers have only heard the term "social media" and assume that's enough to describe a company that has over a billion users. It's no surprise that Greengrass has admitted he doesn't do social media.

Bourne is better than this

It might sound like I'm nitpicking, but it's hard to ignore glaring technical inaccuracies when they're so essential to a film's narrative. What's most disappointing is that the first Damon-led Bourne films, which were written by Tony Gilroy, were actually smart about tech. They were ideal post-9/11 spy films, tying into the impact of extensive surveillance to combat foreign threats. Jason Bourne, unfortunately, wastes every opportunity to bring Bourne into a world where everyone has smartphones, and Snowden's leaks proved all of the series' earlier fears to be true.

In this article: art, av, culture, entertainment, hackers, hacking, internet, JasonBourne, MattDamon, security
All products recommended by Engadget are selected by our editorial team, independent of our parent company. Some of our stories include affiliate links. If you buy something through one of these links, we may earn an affiliate commission.