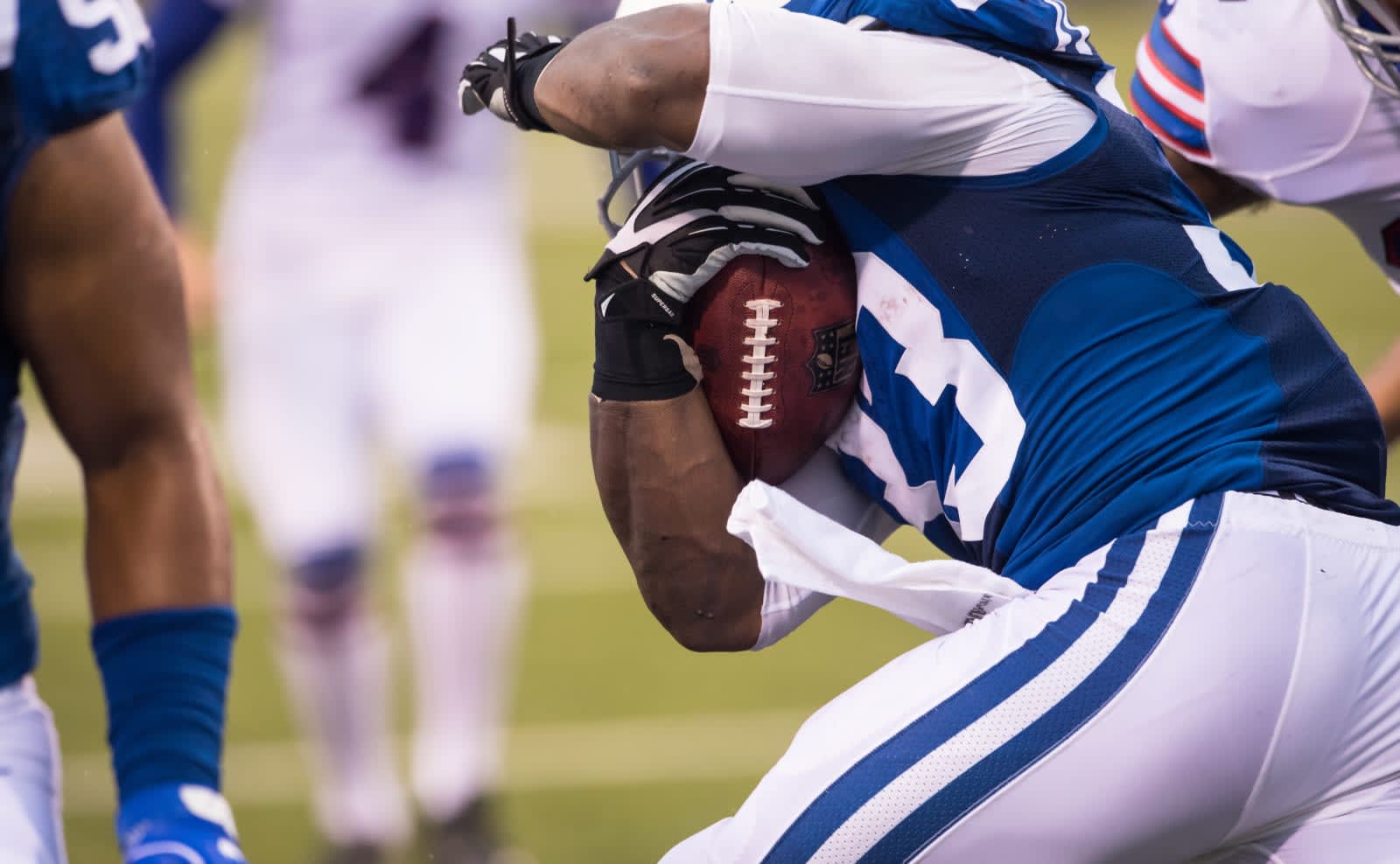 The NFL is using sensors inside footballs during pre-season to track quarterback throwing speeds, running back acceleration, ball position and other stats, according to Recode. The chips are reportedly made by Zebra, a company that already already tracks player statistics for the league using shoulder pad-mounted chips. The NFL used the same ball tracking tech before at the Pro Bowl last year, but the experiment is a first for pre-season. Officials haven't decided if they'll continue it once the regular season starts.

Zebra teamed up with Wilson to install the RFID-like chips under the football's laces. Sensors located around the stadium can ping the chips and give stats like velocity, acceleration and ball location (within six inches) to Zebra employees within a half second. (The sensors can't track a ball's air pressure to prevent another Deflategate, though.) The NFL is also tracking kicking balls to see if the goalposts should be moved closer together, but that seems to be a different experiment.

Zebra's shoulder pad trackers, now used by all 32 teams, collect data that can be used to evaluate personnel, scout players and improve safety. It could also provide interesting data to broadcasters, though there's no indication the league has allowed that yet. Last year, the NFL released the shoulder pad data at the end of the season, but in 2016, it will reportedly give it to teams just hours after games end. If the Zebra's ball tracking tech is adopted the same way, the devices should soon arrive to regular season games, giving teams (and hopefully fans) more stats to geek out on.

Source: Recode
In this article: business, chips, entertainment, FootballTracking, NFL, RFID, Zebra
All products recommended by Engadget are selected by our editorial team, independent of our parent company. Some of our stories include affiliate links. If you buy something through one of these links, we may earn an affiliate commission.