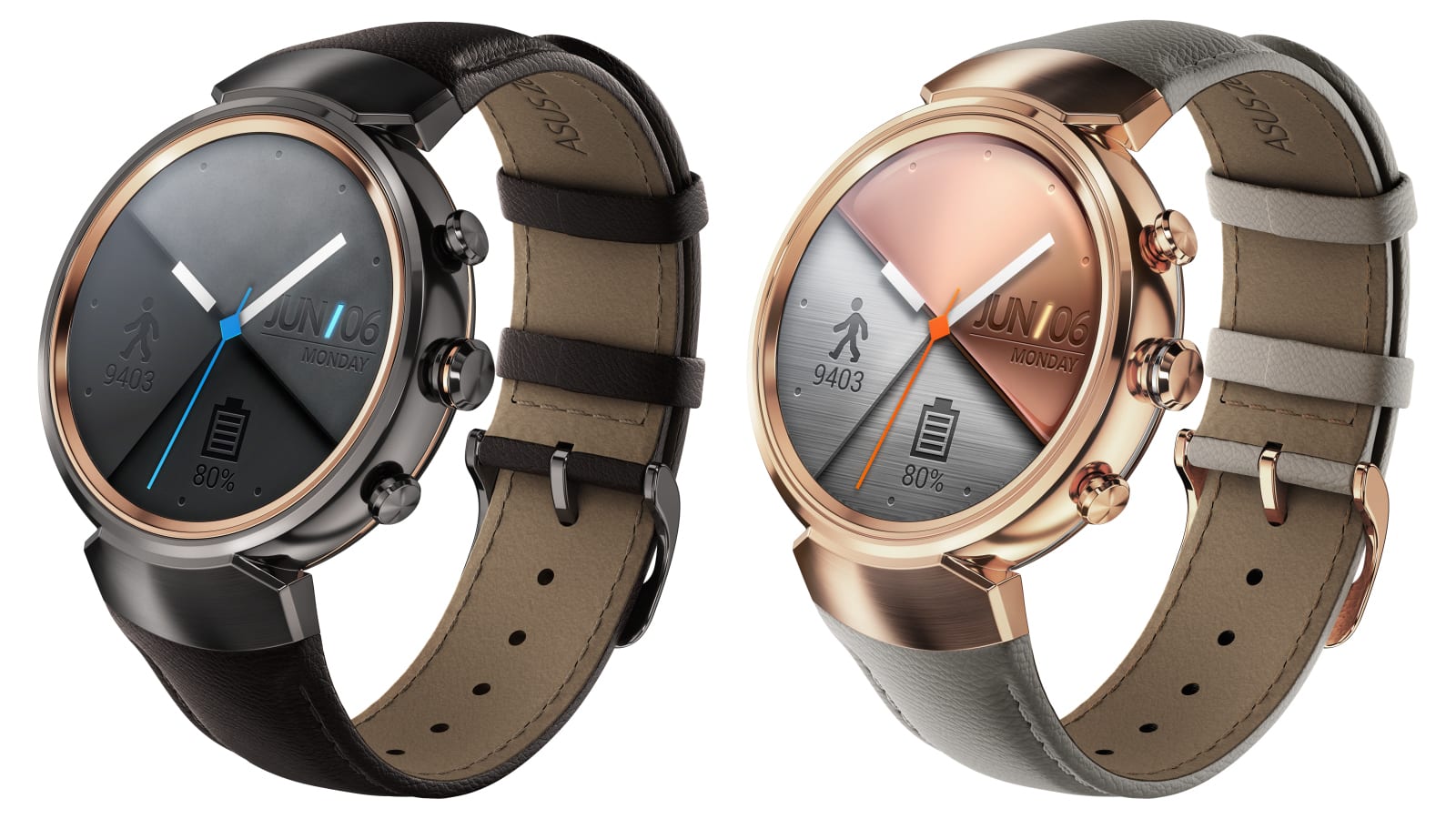 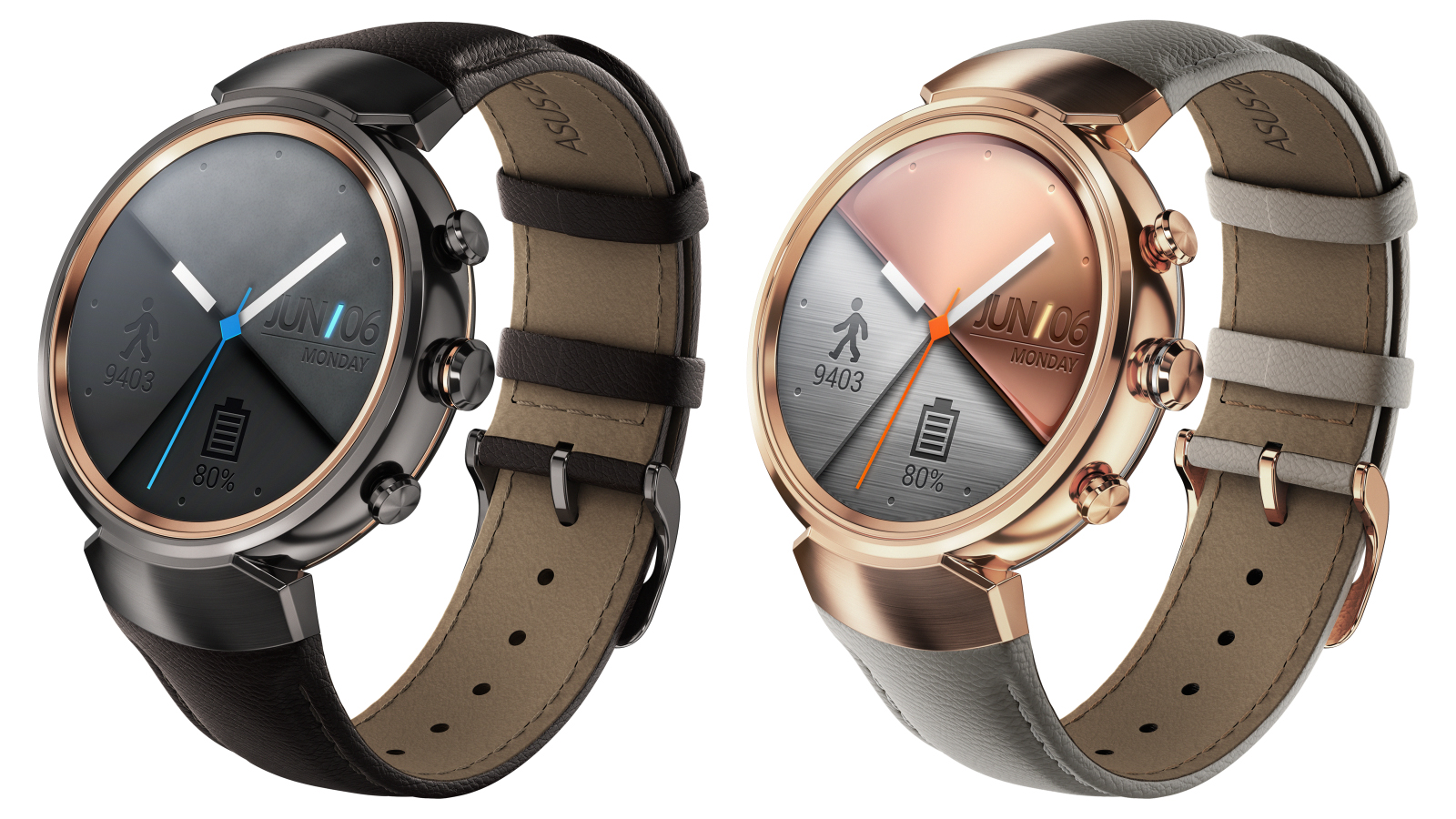 Following Motorola, Huawei and a bunch of other smartwatch manufacturers, ASUS has built a round Android Wear device. The Zenwatch 3 has a 1.39-inch AMOLED display with a 400x400 resolution, which works out at 287 pixels per inch (ppi). That's almost identical to the Huawei Watch and a smidge sharper than the larger second-gen Moto 360. The casing is made from stainless steel and will be available in a few different styles: gunmetal (black), silver and rose gold. All three have a gold inlay, which ASUS claims is like "the corona of an annular solar eclipse."

Whatever you say, ASUS. The new wearable is 9.95mm thick -- a tad thinner than both the Huawei Watch and Moto 360. It runs on a Qualcomm Snapdragon Wear 2100 processor and 512MB of RAM, coupled with 4GB of internal storage. While the 341mAh battery will last you for "up to two days," ASUS is also pushing its "HyperCharge" technology, which will bring you back up to 60 percent in 15 minutes. Charging is handled with a magnetic port and there will also be an "optional battery pack," which sounds like a bizarre accessory for something so sleek. We'll have to ask for more details on that one.

On the software side, it's the typical Android Wear experience. Google's wrist-ready operating system is slowly improving, and the company has its "biggest platform update yet," Android Wear 2.0, scheduled for the fall. ASUS is, however, offering some custom watch faces for the Zenwatch 3, and hopes you'll make your own with its FaceDesigner app for smartphones. The new smartwatch also has some fitness chops, with automatic step-counting that is supposedly 95 percent accurate. It can also track a few other basic activities such as running, push-ups and sit-ups -- don't expect too much, however, this isn't a high-end Garmin.

The Zenwatch 3 will set you back €229 (roughly $255) in Europe -- ASUS is yet to give an official price for the US. There's no word on availability either, but rest assured we'll let you know when it's been confirmed.

In this article: androidwear, asus, gear, ifa2016, smartwatch, wearables, zenwatch, zenwatch3
All products recommended by Engadget are selected by our editorial team, independent of our parent company. Some of our stories include affiliate links. If you buy something through one of these links, we may earn an affiliate commission.