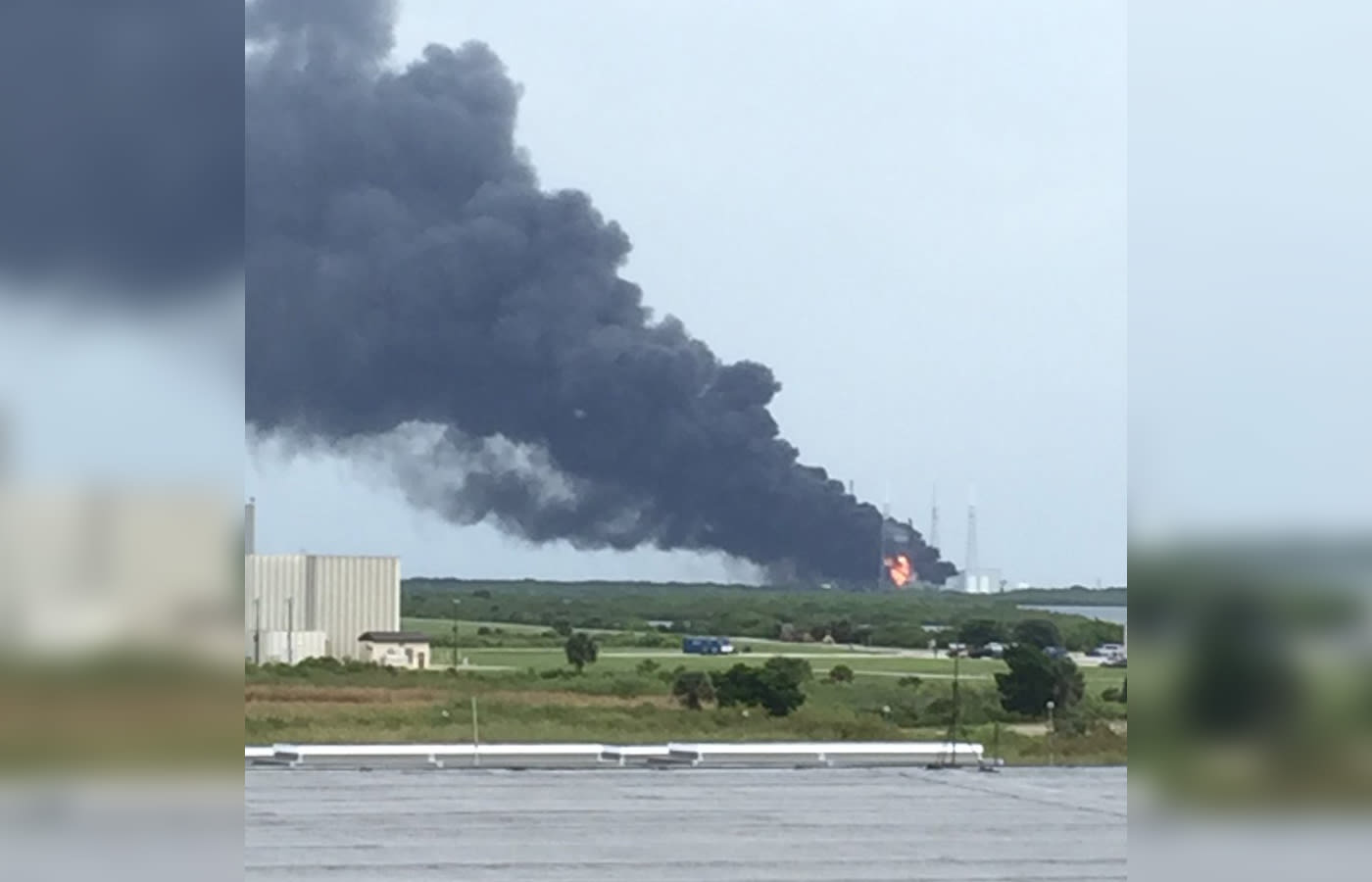 During a pre-launch test this morning, a SpaceX Falcon 9 rocket exploded in Cape Canaveral, Florida. The spacecraft was sitting on a launchpad ahead of a scheduled launch this Saturday to take an AMOS-6 communications satellite into orbit for the Israeli company Spacecom. That satellite is a joint effort between Facebook and France's Eutelsat to provide internet connectivity to 14 African countries. Some reports indicated that the explosion shook office buildings some distance away.

SpaceX was static firing the Falcon 9 engines ahead of this weekend's launch at Space Launch Complex 40 (SLC-40), a process that's standard procedure. During that test, the Air Force Museum at the Kennedy Space Center closes, however SpaceX does have a personnel building close to the launchpad. The Verge reports the US Air Force 45th Space Wing says there no known casualties and there's not a threat to the general public. Last year, a Falcon 9 broke up shortly after launch on a resupply mission to the International Space Station.

SpaceX says the explosion was caused by "an anomaly" on the launchpad, but the area was clear so there were no injuries. The company didn't offer any word on an exact cause and it may be a while before more information is discovered, but the Falcon 9 and its payload, the AMOS-6 satellite, were both destroyed. Here's the full statement:

Statement on this morning's anomaly pic.twitter.com/3Xm2bRMS7T

Just got this from KSC @WFTV pic.twitter.com/vK2FfLdrIC

Update: SpaceX CEO Elon Musk tweeted that the explosion occurred while the Falcon 9 was being filled with propellant. He also explained that it started around upper stage oxygen tank, but the exact cause still unknown for now.

USLaunchReport has posted a video of the incident to YouTube. We've embedded it below.

Via: TechCrunch
Source: Associated Press
Coverage: The Verge
In this article: capecanaveral, explosion, falcon9, science, space, spacex
All products recommended by Engadget are selected by our editorial team, independent of our parent company. Some of our stories include affiliate links. If you buy something through one of these links, we may earn an affiliate commission.