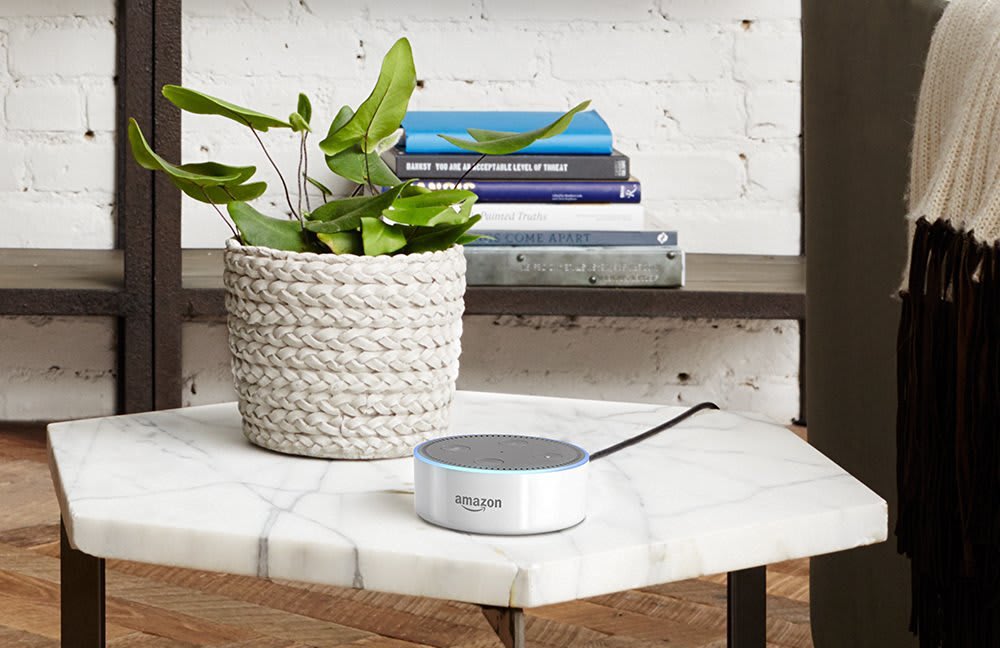 After accidentally announcing a new $50 Echo Dot on Twitter yesterday, Amazon has confirmed the device this morning, alongside a white Echo and UK launch . But even better than the lower price (down from the $90 previous model) is the fact that anyone, not just existing Echo users, can snap it up. Previously, you had to order the Dot using Alexa from an Echo or Fire TV.

Just like before, the new Echo Dot can bring Amazon's Alexa voice assistant to any speaker with a 3.5mm aux cable. The company claims the second-gen model is a bit sleeker than before, though it looks pretty similar to the original from photos. It includes a faster speech processor, which takes better advantage of its seven far-field microphones for voice recognition. There's also a new feature called Echo Spatial Perception, which will activate voice commands from the Echo device closest to you. That should solve the problem of having multiple Echo devices responding to your requests.

The second-gen Dot is available for preorder today in black and white models, and it'll start shipping on October 20th. And if you just want to blanket your home with Alexa, you can buy a six-pack of Echo Dots, which will give you one free unit, or a 10-pack, which will come with two free Dots.

In this article: Alexa, amazon, av, EchoDot, entertainment, gadgetry, gadgets, gear
All products recommended by Engadget are selected by our editorial team, independent of our parent company. Some of our stories include affiliate links. If you buy something through one of these links, we may earn an affiliate commission.