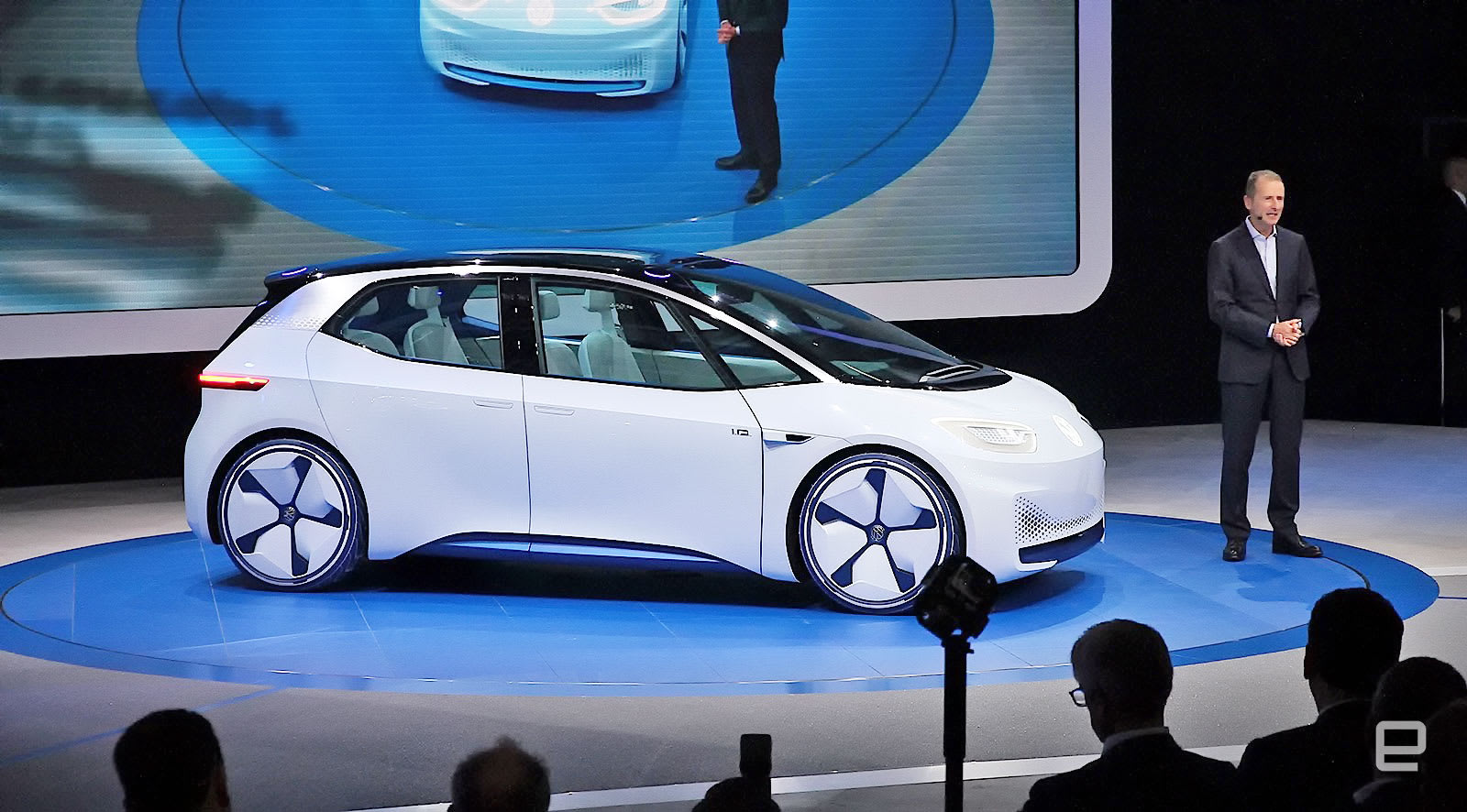 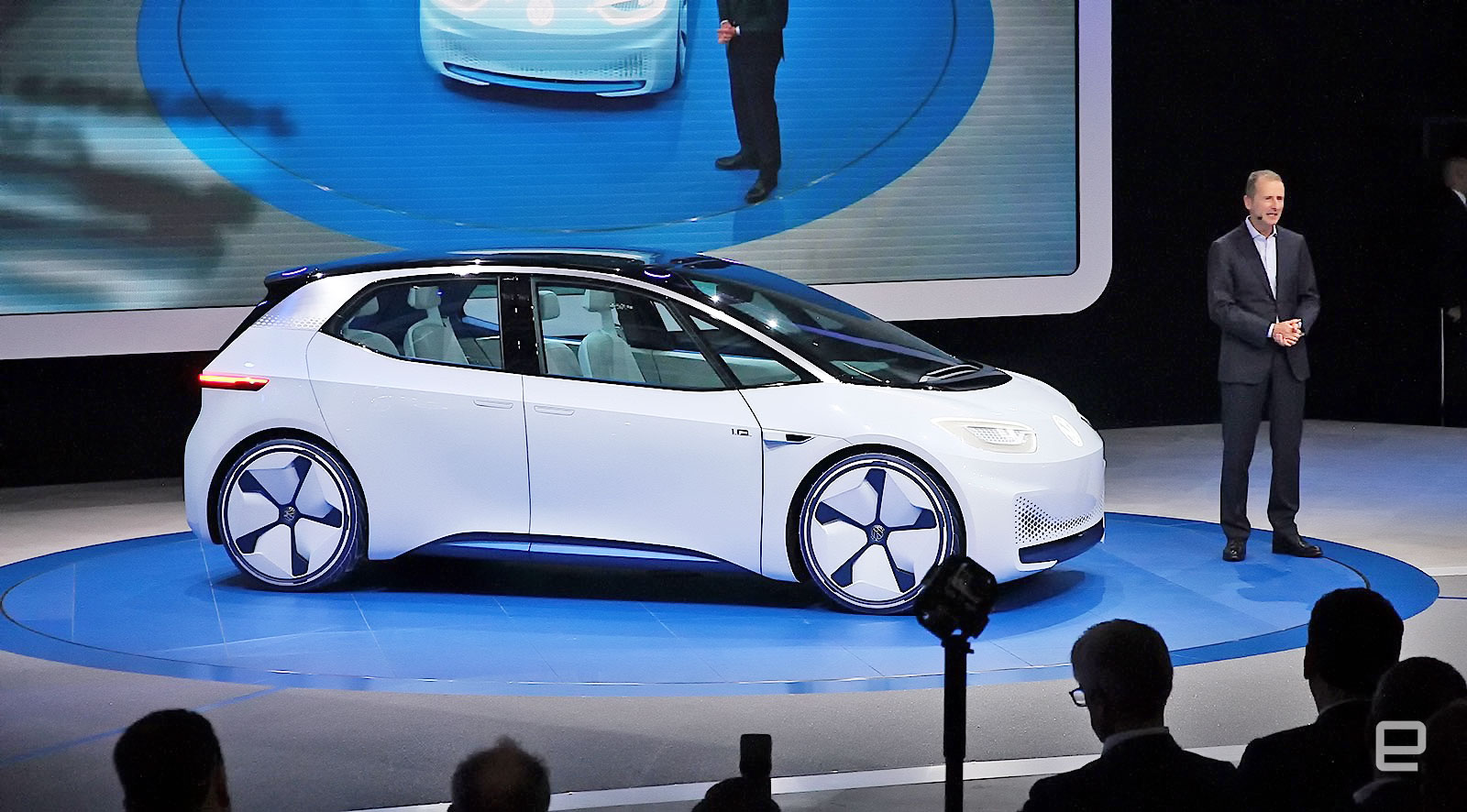 I might have been imagining things, but automakers seemed a bit nervous at this year's Paris Auto Show. Maybe it's because it's first the first major car event to follow Tesla's successful Model 3 campaign, in which it snagged around 373,000 pre-orders for the EV. If Elon Musk's company can build that many (and that's a big if), the Model 3 will become one of the top ten selling vehicles in the US and a huge thorn in the side for mainstream manufacturers and dealers. Not only that, but Renault's Zoe EV, with a slim $27,000 price (not including the $77 per month minimum battery lease) and 248 mile range goes on sale today in France. That should be a big success, as only EVs are allowed in Paris on certain days, and parking is free for such cars almost everywhere in France. GM will soon start selling the Bolt EV (Opel Ampera in Europe), and could see similar demand. Other manufacturers have improved their EV lineups -- BMW recently bumped the range of its i3 electric car from 81 to 114 miles.

With that in the background, there was a lot of buzz about electric vehicles at the show. In particular, Mercedes and Volkswagen launched brand new EV platforms, the Generation EQ and I.D., respectively. Both will be the basis for upcoming vehicles, but Mercedes won't start building them until 2019, and Volkswagen's I.D. arrives in a distant four years. VW in particular has promised great things, with up to 378 miles of range, a family of 30 vehicles and 3 million EVs sold by 2025. 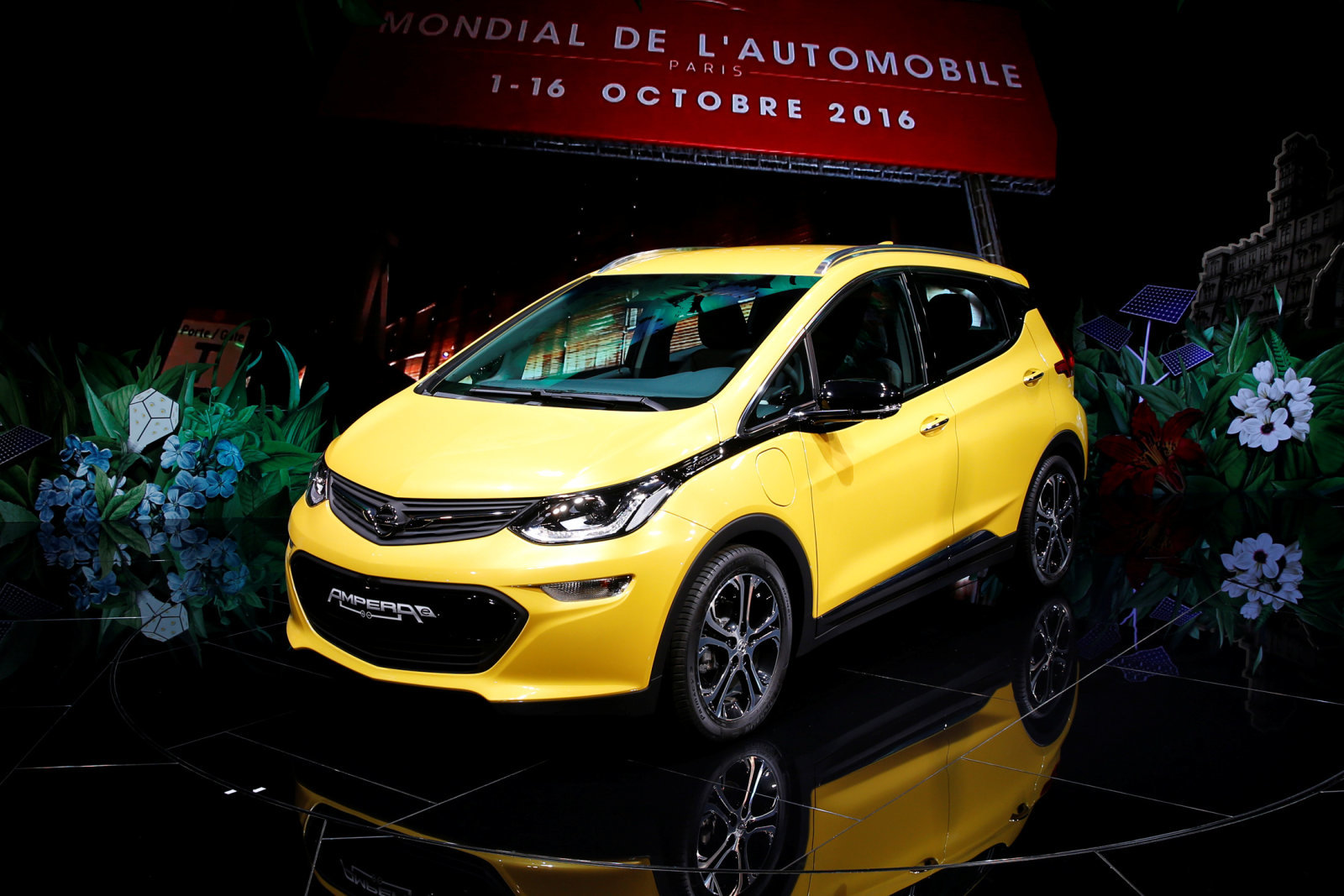 The Opel Ampera, aka the Chevy Bolt, at the Paris Auto Show

This is all good news, but you can't help but think that car manufacturers are only making the switch because rivals forced their hands. VW minted coin with dirty diesels by cheating the system, so you might be skeptical about it suddenly growing a conscience. And seemingly every manufacturer is still pushing crossovers and other gas-guzzlers as mainstay family offerings. (For more details on the key vehicles, EVs and tech launched at the Paris Auto Show, check the gallery above.)

But Tesla has proved that Jane and Joe Sixpack are ready to buy an EV, and not necessarily because they're tree huggers. They realize that clean vehicles are actually a way to stick it to the man, because if you have solar panels, a home battery system and an EV, you can live off the grid without corporations or government.

By next year's show, the Zoe, Bolt and Model 3 may have significantly changed the automobile landscape where it counts: sales. If Tesla is anything to go by, total EV numbers will be in the millions by 2017, compared to 540,000 in 2015. That might shock the rest of the industry still doing concepts and four-year plans, so that they'll realize the public wants mass-market EVs, and it wants them now.

In this article: BMW, ElectricCars, EV, gear, GLM, Mercedes, ParisAutoShow, ParisAutoShow2016, transportation, Volkswagen
All products recommended by Engadget are selected by our editorial team, independent of our parent company. Some of our stories include affiliate links. If you buy something through one of these links, we may earn an affiliate commission.