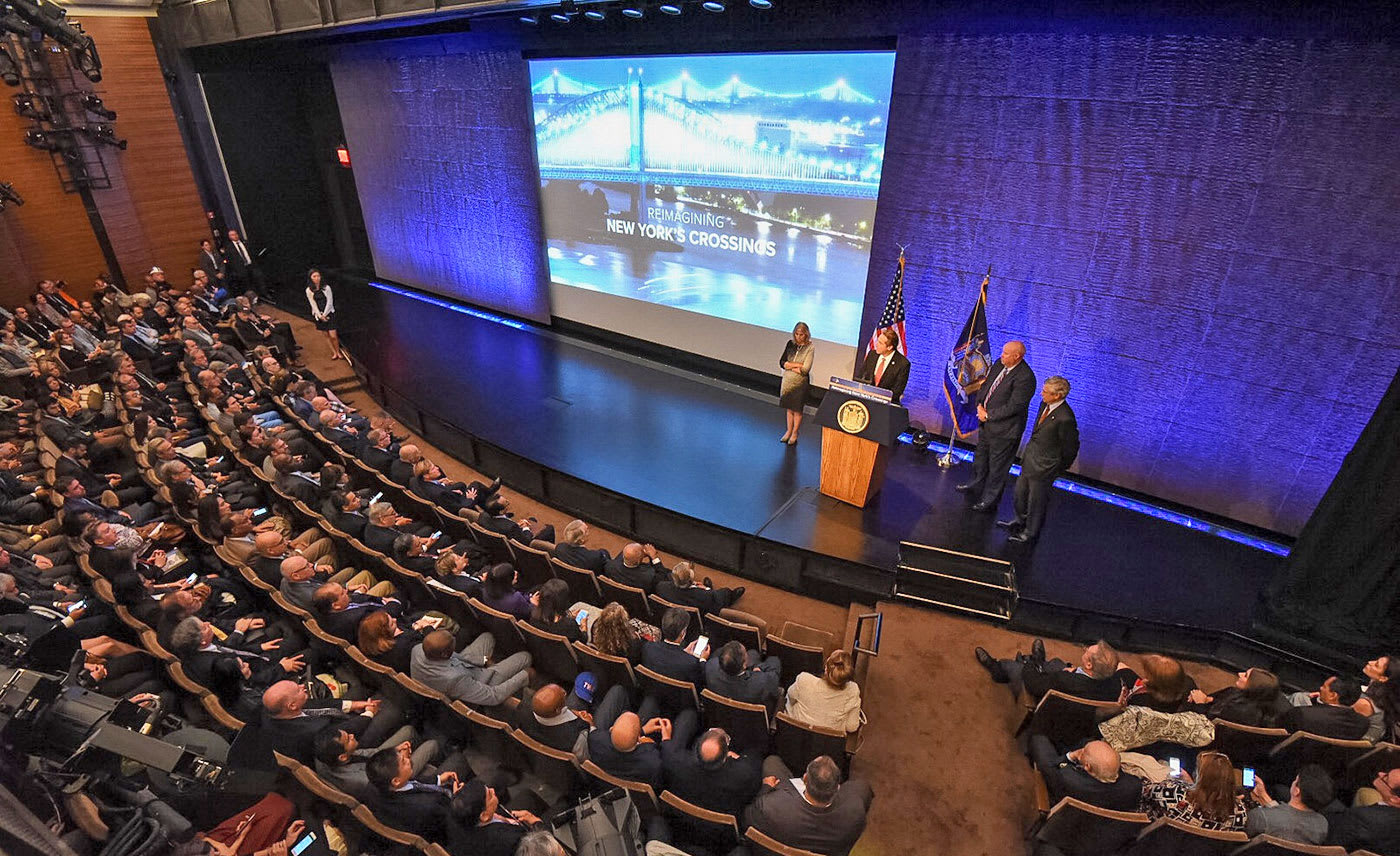 New York governor Andrew Cuomo wants to give the state's bridges and tunnels a high-tech makeover, starting with the installation of cameras, sensors and facial recognition equipment. Under his initiative, crossings, airports and other strategic locations will be equipped with facial recognition systems as an anti-terrorism measure. Facial recognition still isn't perfect and has issues recognizing people of color*, but the state does have some experience with the technology. Its DMV, for instance, uses a facial recognition system that has led to over a hundred arrests since it was upgraded in January this year.

Cuomo also plans to incorporate auto-tolling systems to save you hours of driving time. You won't have to stop and pay your toll anymore -- New York will suspend cameras that can detect your identity through your plate number over its highways. If you have an E-ZPass, it will be charged automatically. If you don't, then you'll receive a bill in the mail.

Besides the cameras and sensors, the project also includes giving New York's bridges a seismic upgrade to make them more resilient and to protect them from earthquakes. The governor plans to cover tunnels and bridges with LEDs that will brighten New York's nights with light shows, as well. Governor Cuomo's office explained the New York Crossings Project on his website in detail -- check it out if you want to read more about the changes he plans to make.

*Update: Due to the unreliable nature of facial recognition, the New York Civil Liberties Union says the governor's plans take us one step closer to a dystopian world. According to senior staff attorney Mariko Hirose:

"Governor Cuomo's plan has the potential to put thousands and thousands of people's images and data in a massive database that could be used by the government for who knows what. There is also an enormous risk that innocent people will be misidentified as terrorists, especially people of color who are more likely to be inaccurately identified by the technology. We are taking one step closer to the dystopian world of Minority Report without any discussion of the serious privacy concerns that are implicated."

Source: MTA, Governor Andrew Cuomo
In this article: andrewcuomo, cameras, culture, FacialRecognition, gear, newyork, security, transportation
All products recommended by Engadget are selected by our editorial team, independent of our parent company. Some of our stories include affiliate links. If you buy something through one of these links, we may earn an affiliate commission.