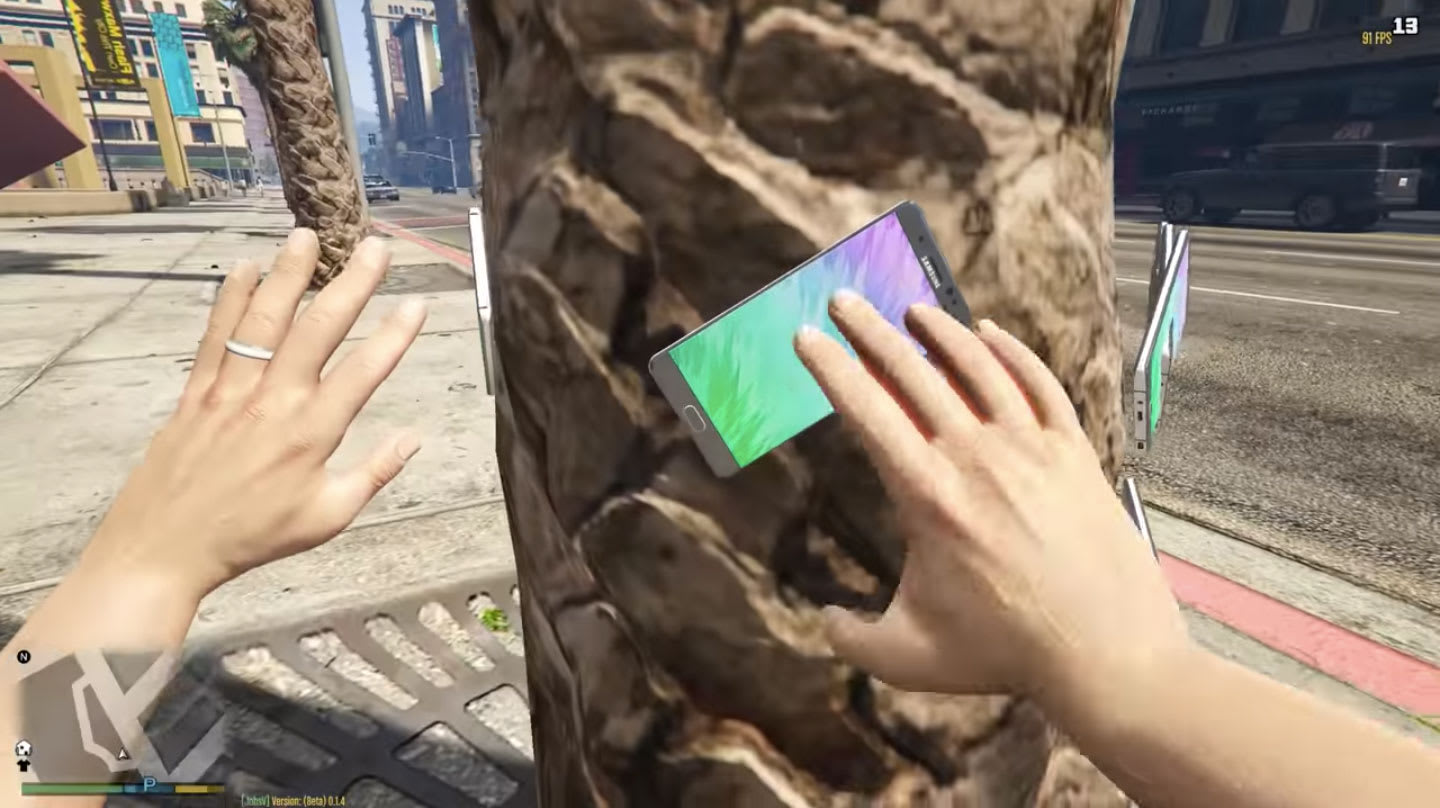 Samsung's Galaxy Note 7 has been the butt of its fair share of internet jokes since it started exploding in September, but it's hard to surpass what one Grand Theft Auto V modder did when he turned the phone into an in-game grenade. Apparently, Samsung doesn't think it's very funny, though -- the company appears to have filed a totally bogus copyright infringement claim on the YouTube video showing this mod.

If you try to watch the video now, you'll see that Samsung has blocked it by using YouTube's tools for reporting infringing material. Of course, this isn't how those tools were meant to be used -- they're for reporting instances in which video or audio is posted in violation of copyright. Using the Note 7's likeness in a video made from a video game mod doesn't really seem like what YouTube's tools are meant to be used for.

Fortunately, that was far from the only YouTube video that shows off the Galaxy Note 7 being used as an incendiary device. Now that the cat's out of the bag, it's probably not worth the effort for Samsung to chase down these videos -- the company has a lot more serious things to be worrying about right now.

Update 10/23: The creator of the video successfully won a challenge against Samsung's claim, which lacked "one or more legally-required elements." You can watch as much as you like, at least for now. Not that a takedown would have helped Samsung much as it is. In a true demonstration of the Streisand Effect, others uploaded the video and helped draw more attention to the Note 7 mod than it would otherwise get.

Via: The Verge
Source: YouTube
In this article: bomb, galaxynote7, gaming, gear, gtaV, mobile, mod, samsung, youtube
All products recommended by Engadget are selected by our editorial team, independent of our parent company. Some of our stories include affiliate links. If you buy something through one of these links, we may earn an affiliate commission.