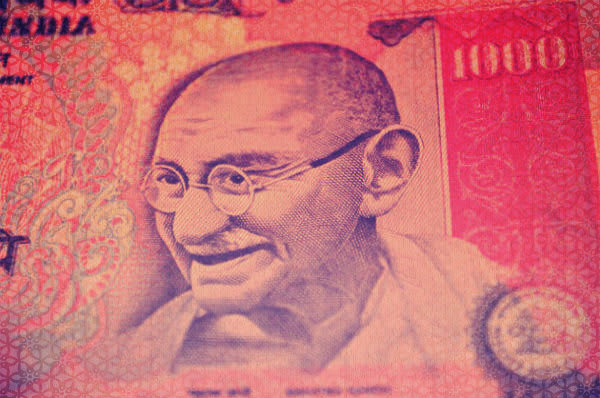 Early in November, India abolished the 500 and 1000 rupee banknotes in an effort to fight corruption and so-called "black money". Since then, interest in Bitcoin appears to be increasing in the Asian country based on a variety of different metrics. Although there was already a vibrant Bitcoin community in India, the recent move to clamp down on illegal income and tax evasion seems to have sparked new interest in the peer-to-peer digital cash system.

Who Uses Bitcoin in India?

So who uses Bitcoin in India? According to Sunny Ray, who is the president and co-founder of Indian bitcoin exchange Unocoin, there are two main categories of Bitcoin users in the country.

In an interview with Bitcoin Uncensored co-host Chris DeRose just before the large denomination banknote ban was put into place, Ray claimed that 40 to 50 percent of their users are savers who view bitcoin as a digital gold. "India is the largest gold market in the world," said Ray. "If you couple that with—I think it's something like 20 or 25 percent of the world's programming and IT population also live in India—digital gold is obviously something that I think people have the capacity to get."

Ray also noted that roughly 20 percent of Unocoin's users are freelancers who use Bitcoin as a cheaper alternative to PayPal. Ray noted that Bitcoin currently offers what are essentially negative fees for freelancers based in India because of the relatively higher price bitcoins sell for in the country.

During the Bitcoin Uncensored interview, Ray stressed that his estimates should be taken with a grain of salt, as the very nature of Bitcoin makes it difficult to get real user data.

Trading Volume Has More Than Doubled Since the Ban

So what's happened since India got rid of the 500 and 1000 rupee banknotes? For starters, Ray told CoinJournal that Unocoin has seen a doubling in traffic and trading volume over the past 30 days.

An increase in trading volume can also be seen on LocalBitcoins, where the daily volume has increased from around 1.25 million rupees (around $18,500) per day before the cash ban to around 2.5 million rupees per day in early December. There was also an all-time high of more than 5.5 million rupees (just over $81,000) worth of bitcoin traded on November 26th. It's important to remember that LocalBitcoins trading volume is a rather rough metric because many traders continue exchanging bitcoins off of the site after finding someone they trust. Bitcoin currently trades at a high premium in India due to capital controls in India, which make it difficult for Bitcoin companies, such as Unocoin, to settle against foreign exchanges; however, Unocoin is currently working on a method to bring more bitcoin liquidity into the Indian market.

In a blog post on their website, BitGo has noted the value of India-based transactions co-signed by them has increased by 240 percent since September.

Larger Effects May Be Seen Over the Long Term

While there's been a nice uptick in Bitcoin activity in India over the past month or so, Ray believes the larger effects of India's removal of the 500 and 1000 rupee banknotes from circulation will be seen over the long term.

"Right now, people are being very careful with their spending," said Ray. "We think it will be long term because with all of the restrictions, the push towards digital money, and the amount of new money that's entering the banking system, some of that will find a home in bitcoin."