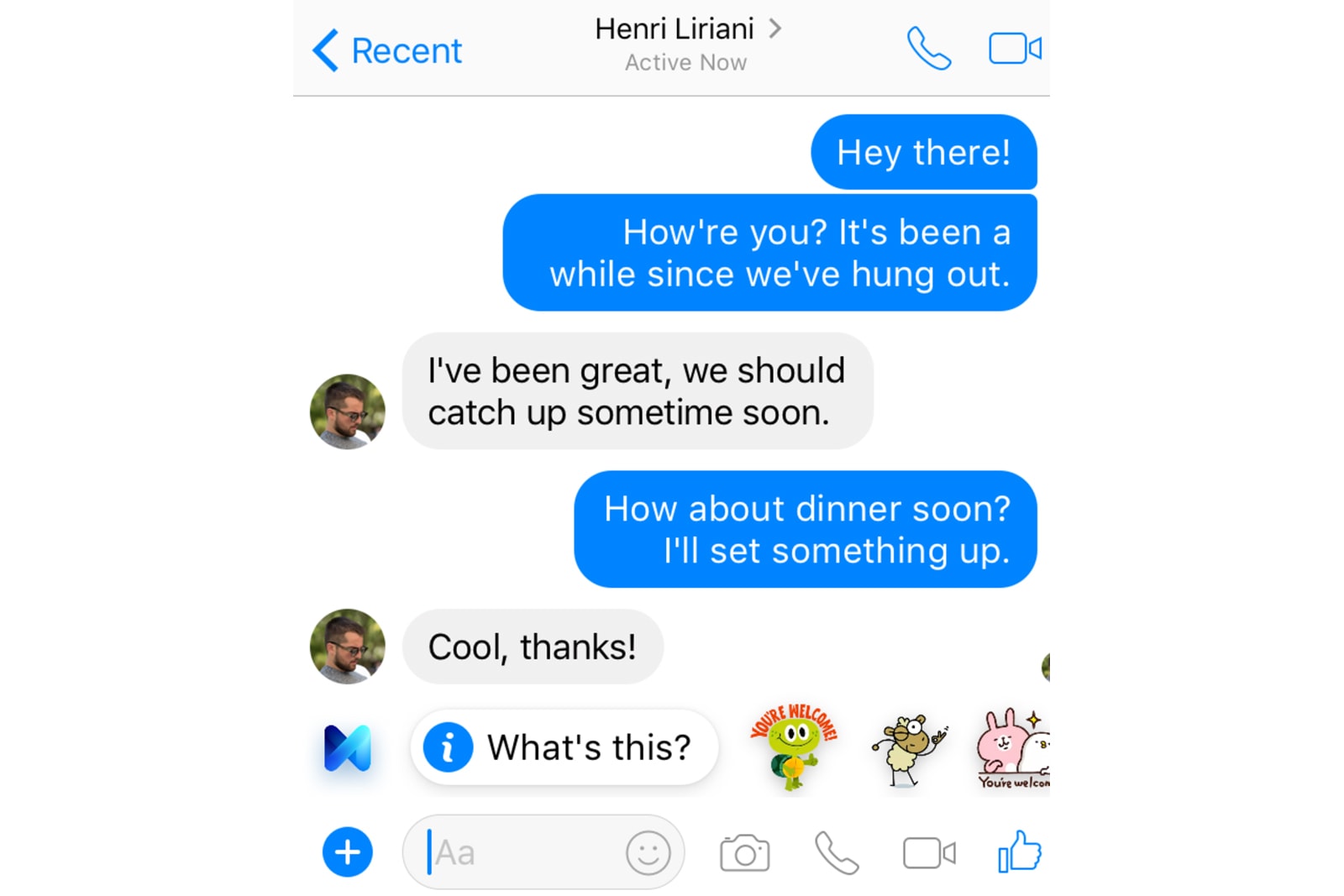 Facebook wants its M chat assistant to be useful for much more than shopping and travel recommendations. It's testing an M suggestions feature that has the artificial intelligence offer actions depending on the circumstances in your chat. Some will be familiar: if a friend asks where you are, it'll give you a Google Hangouts-style opportunity to share your location. Others are more creative, such as suggesting stickers in response to common phrases like "thanks."

Only a handful of people in the US will see the suggestions right now, and it's not certain how quickly it will expand. Messenger team lead David Marcus is optimistic, however. He tells BuzzFeed News that M suggestions may well accelerate the deployment of Facebook's AI by making it available to a much wider audience than the M assistant you see in testing right now. It won't be as deep as a direct interaction with M, but it would certainly be more accessible -- important when Google is ramping up its own AI chat helpers.

Source: BuzzFeed News
In this article: ai, artificialintelligence, assistant, chat, chatbot, chatbots, culture, facebook, facebookmessenger, internet, m, messenger
All products recommended by Engadget are selected by our editorial team, independent of our parent company. Some of our stories include affiliate links. If you buy something through one of these links, we may earn an affiliate commission.