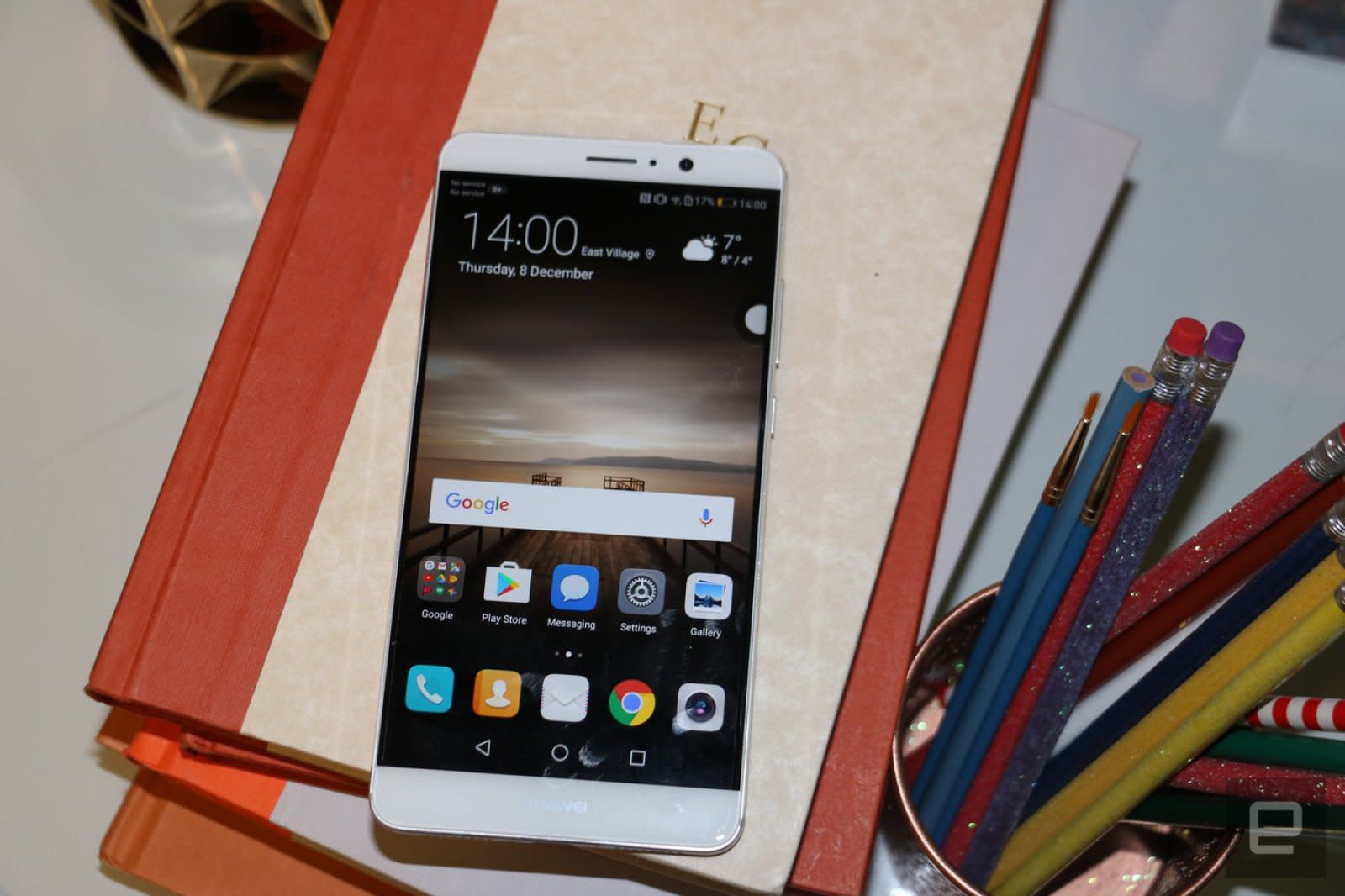 One of Huawei's biggest priorities when building its Mate 9 was shoehorning some handy machine-learning features into to it. The result: a machine-learning algorithm designed to improve performance by finding the patterns in how you use the phone and allocating resources like RAM accordingly. Turns out Huawei's AI ambitions don't end there. A spokesperson confirmed to Engadget that the Mate 9 will receive a software update bringing Amazon's Alexa assistant.

We're not entirely sure of the timing yet, but we can confirm that the update will roll out in the US and a handful of other markets. We also know that the Mate 9 will go on sale starting at $599 at Amazon, Best Buy, B&H and NewEgg, but it's not clear if the Alexa update will go out when those devices go on sale in America. Those US devices will, however, ship with Alexa on-board.

Either way, this is a big step for Huawei and for Amazon: Huawei gets to sell the first properly Alexa-enabled smartphone, while Amazon gets the chance to forge a partnership with one of the biggest smartphone makers, by volume, in China. Alexa-enabled devices like the Echo and Echo Dot aren't available on China's site, but this could be an effective trojan horse if and when Amazon makes that move.

By now, it's all too common to see virtual assistants baked into smartphones. Apple has Siri, Google has its Assistant and Samsung will have ... something better than S Voice when the Galaxy S8 launches. Most of those assistants wound up working on their respective smartphones by way of acquisitions, but Huawei's approach closely mirrors what we've seen from many, many other companies at CES this year. Which is to say, because Amazon has been so open with letting hardware makers run integrate Alexa, we've started to see a glut of devices using it to enable voice commands. Cronologics' Alexa-powered smartwatch made headlines when it launched earlier this year (it was all right), but now Alexa is making its way into everything from DVRs to appliances.

Click here to catch up on the latest news from CES 2017.
In this article: alexa, amazon, android, ces2017, gear, huawei, mate9, mobile, smartphone, TL16CESALEXA
All products recommended by Engadget are selected by our editorial team, independent of our parent company. Some of our stories include affiliate links. If you buy something through one of these links, we may earn an affiliate commission.