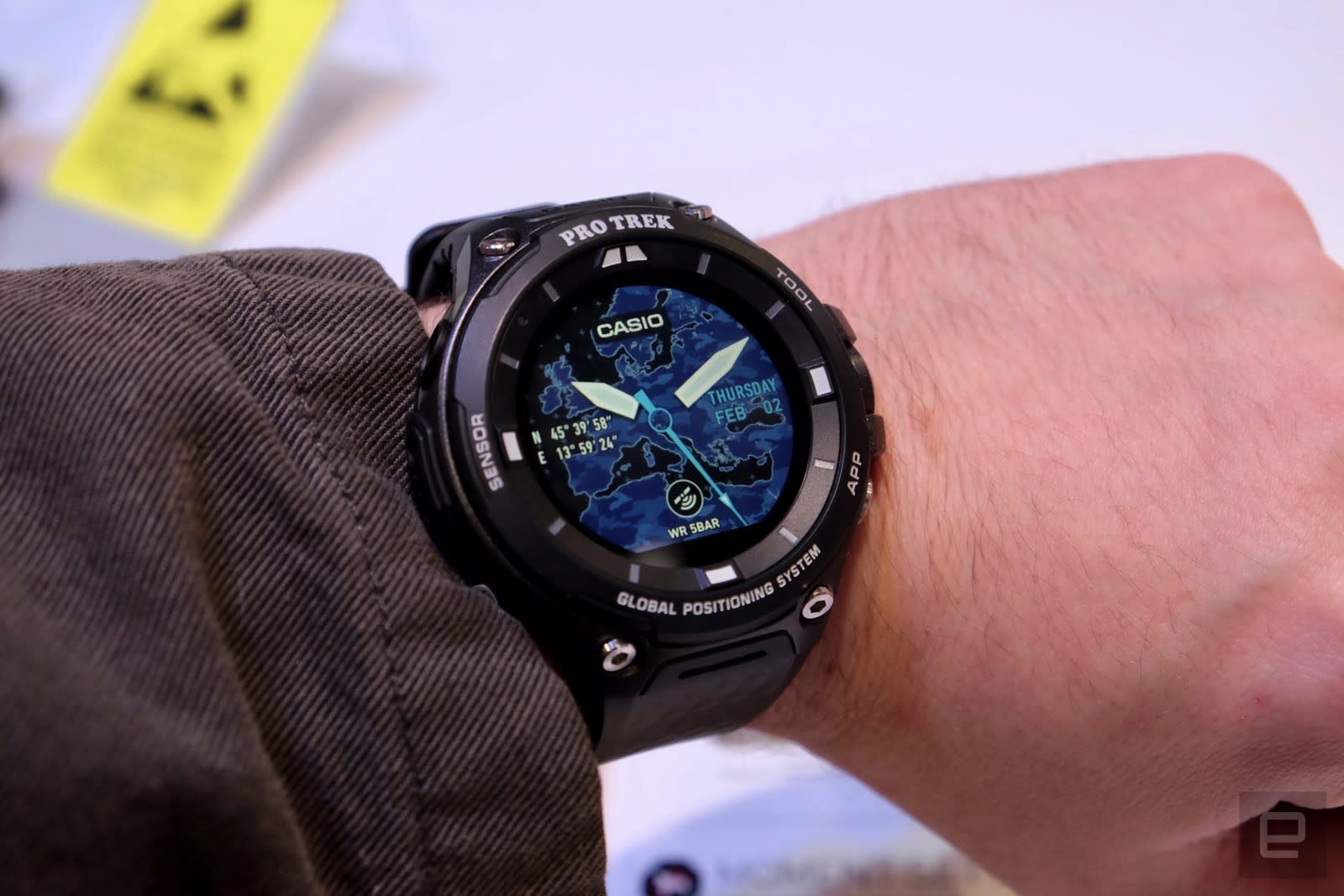 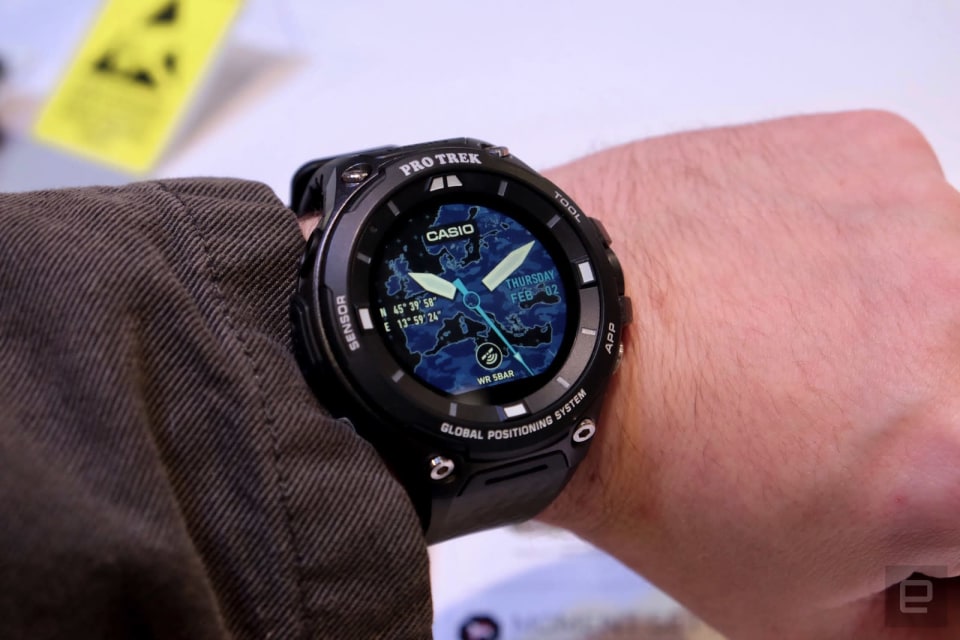 Android Wear 2.0 was supposed to arrive a long time ago, but we've just gotten our first look at it in the wild thanks to Casio's just-announced WSD-F20 smartwatch. Well, almost: The watches on display at CES were working, but only running demo software. But we were able to swipe around the watch's interface, with all the expected tweaks that Wear 2.0 provides (even that ridiculously tiny keyboard) seemingly in tact. Particularly since the next version of Wear will be coming to other watches as well, let's spend a few talking about the hardware here. Due to its pedigree as a watch aimed at outdoorsy types, this watch is thick and chunky and not at all something that goes with most outfits. From the front, it's actually not a bad-looking device, but it's quite thick, and the wide plastic band isn't exactly stylish. But that's OK because this watch's design appears to be well-suited to its target user. In particular, it's water resistant to depths of 50 meters and meets the military-grade MIL-STD-810 standard for ruggedness.

Casio also baked in some custom functions on top of the Android Wear 2.0 base, including its own watch faces and mapping app. The later is particularly important: Those maps can be loaded up and saved offline, and thanks to the built-in GPS, you'll be able to see where you are on these maps at any point on your journey. Clearly, Casio knows lots of buyers will be in places with no cell coverage (the watch itself doesn't have a cellular radio, in case you were wondering).

Also reinforcing the WSD-F20's focus on the outdoors, the matte screen is designed so it won't reflect sunlight back at you, making it much easier to read. The downside is that the colors aren't nearly as vibrant as you'd see on a device like the Apple Watch or most other Android Wear watches. But, again, this isn't a mainstream device, and most who wear it probably won't keep it on all day, every day.

Indeed, at $499, the WDS-F20 is not meant for the average consumer who wants to give smartwatches a try. There are plenty of other Android Wear devices for that. But Casio's latest could be a good companion for a variety of outdoor activities. The only catch is battery life, which Casio didn't have any details on. If you're going to be out hiking for multiple days, the watch won't be very useful if it's dead.

Click here to catch up on the latest news from CES 2017.
In this article: androidwear, casio, ces2017, gear, google, gpswatch, hands-on, outdoorwatch, protrek, smartwatch, wearables, WSD-F20
All products recommended by Engadget are selected by our editorial team, independent of our parent company. Some of our stories include affiliate links. If you buy something through one of these links, we may earn an affiliate commission.