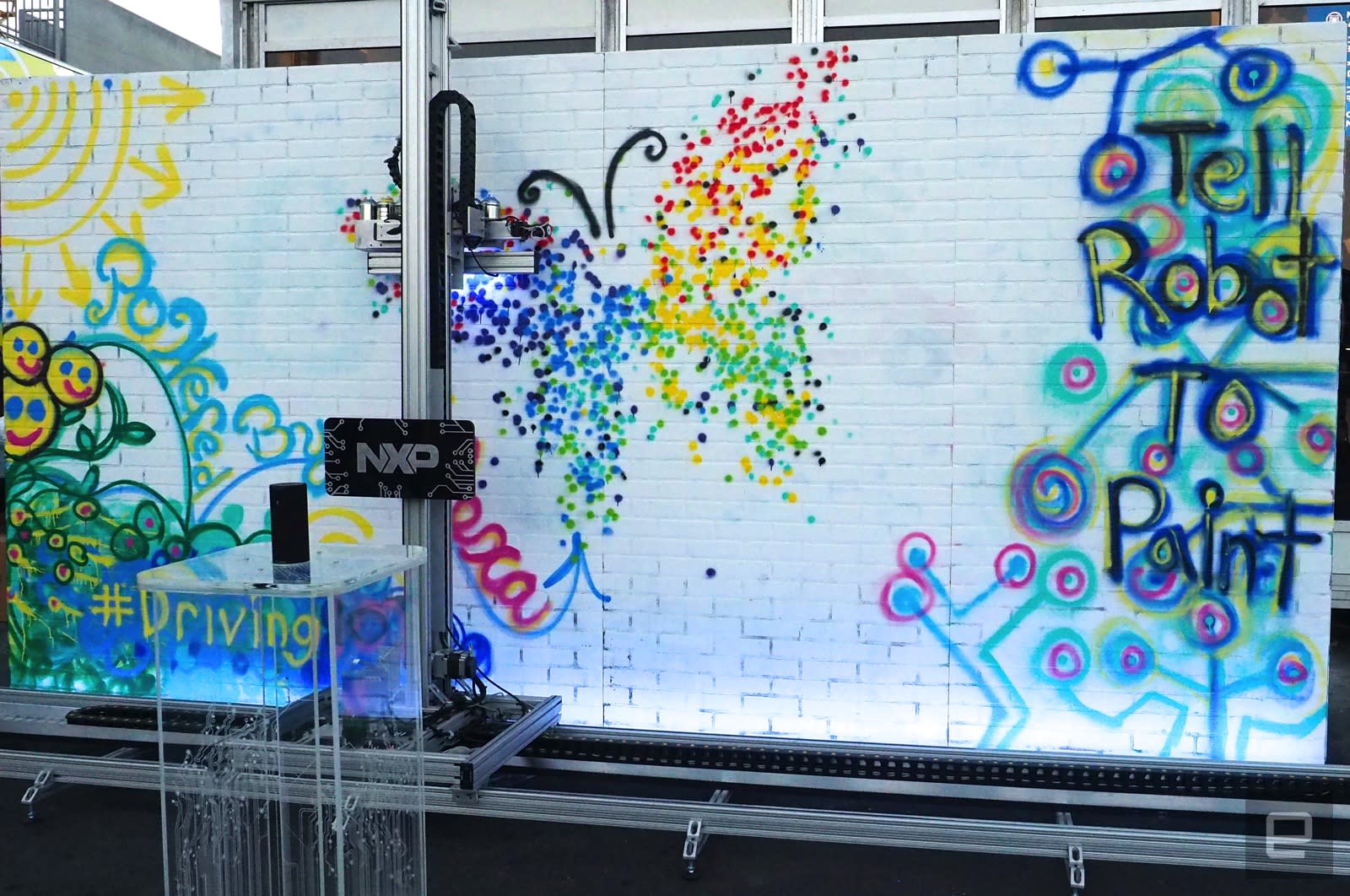 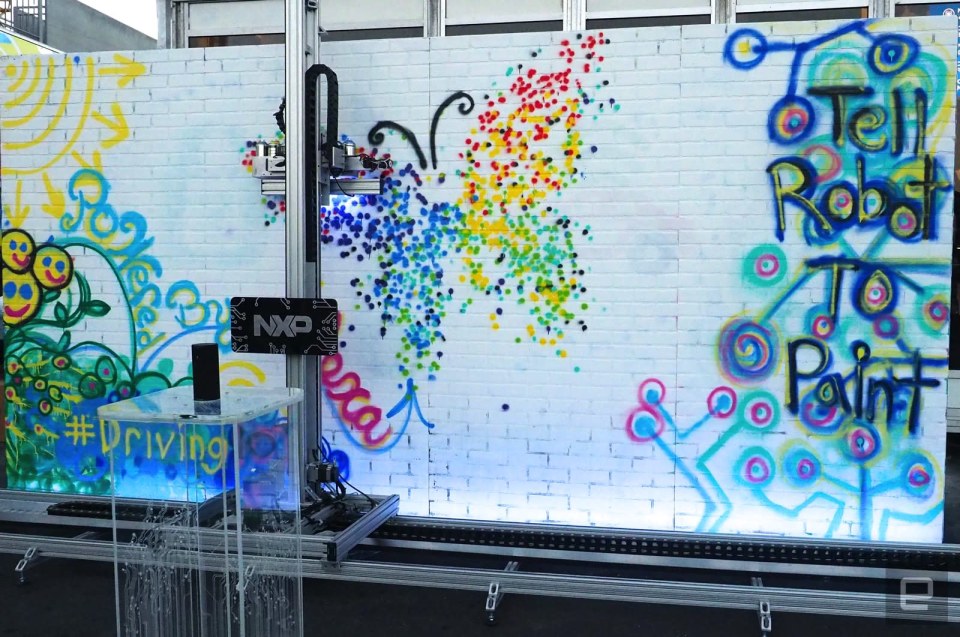 We've seen our fair share of weird things at CES this week, but there was one thing outside the Las Vegas Convention Center that surprised even us Engadget editors. As we were walking toward the building, we came across an unattended (and seemingly unnamed) robot that takes voice commands to show off its spray painting skills. While it's obviously no Banksy, it's yet another example of how Bluetooth devices are being used to control stuff around you. Sure, this isn't the most practical use for voice commands, but you can't deny how neat the project is.

Gallery: This voice-powered robot will graffiti a wall for you | 6 Photos In this article: ces, ces2017, gear, graffiti, hands-on, paint, painting, robot, robots, TL18GRAF, voicecommand, voicecommands, voicecontrol
All products recommended by Engadget are selected by our editorial team, independent of our parent company. Some of our stories include affiliate links. If you buy something through one of these links, we may earn an affiliate commission.