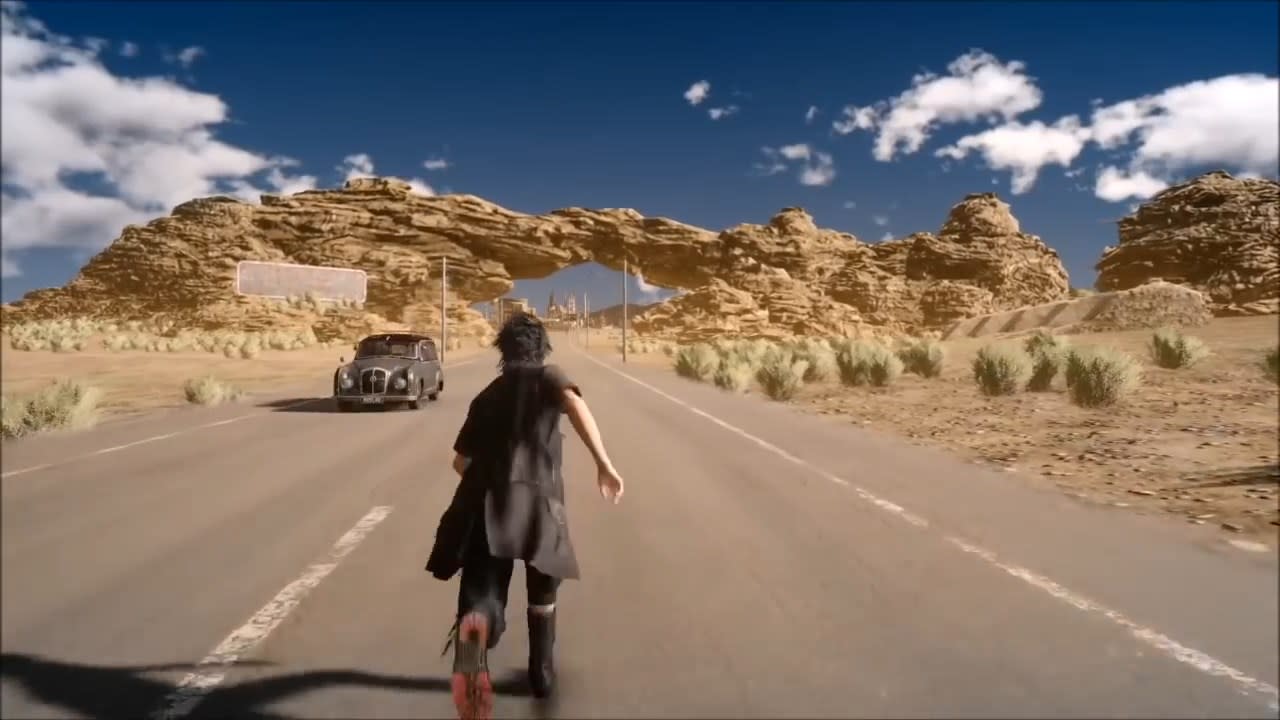 The world of Final Fantasy XV feels enormous, stretching out for miles across freeways, plains, lakes and mountains -- but in the game's closing act, that open world becomes incredibly linear. Instead of taking a road trip across a fantastic land, players in the third act can merely look out upon one. A newly discovered out-of-bounds glitch changes that, revealing a surprisingly fleshed out landscape with a frozen tundra, beaches, towns and a vast savannah. There's not much to do in the area, but fans are now wondering if its a hint at what's coming for the game's DLC.

Breaking out of the game's linear section takes a little bit of doing. To start, players have to be running the version of the game that came on retail discs without any updates -- then they must reach a train station in a late section of the game. From there, a few careful jumps can land the player outside of their linear prison and into the lands Niflheim. Between the towns, mountains and fields there's plenty to see, but not much to do: there are no enemies to fight, no quests to take on and no Chocobo to ride. Still, when users who have made it into the unused lands update their game, things get interesting: suddenly the open fields have roads.

The fact that game's latest update added detail to the unused area could merely just be set dressing for players who look upon it from the game's locked-down linear aream but some players are speculating that SquareEnix may add new areas later on. Even if that never happens, the glitch is a fascinating look at a even larger open world map.

In this article: av, dlc, Final Fantasy XV, finalfantasy, finalfantasyxv, games, gaming, glitch, Square Enix
All products recommended by Engadget are selected by our editorial team, independent of our parent company. Some of our stories include affiliate links. If you buy something through one of these links, we may earn an affiliate commission.