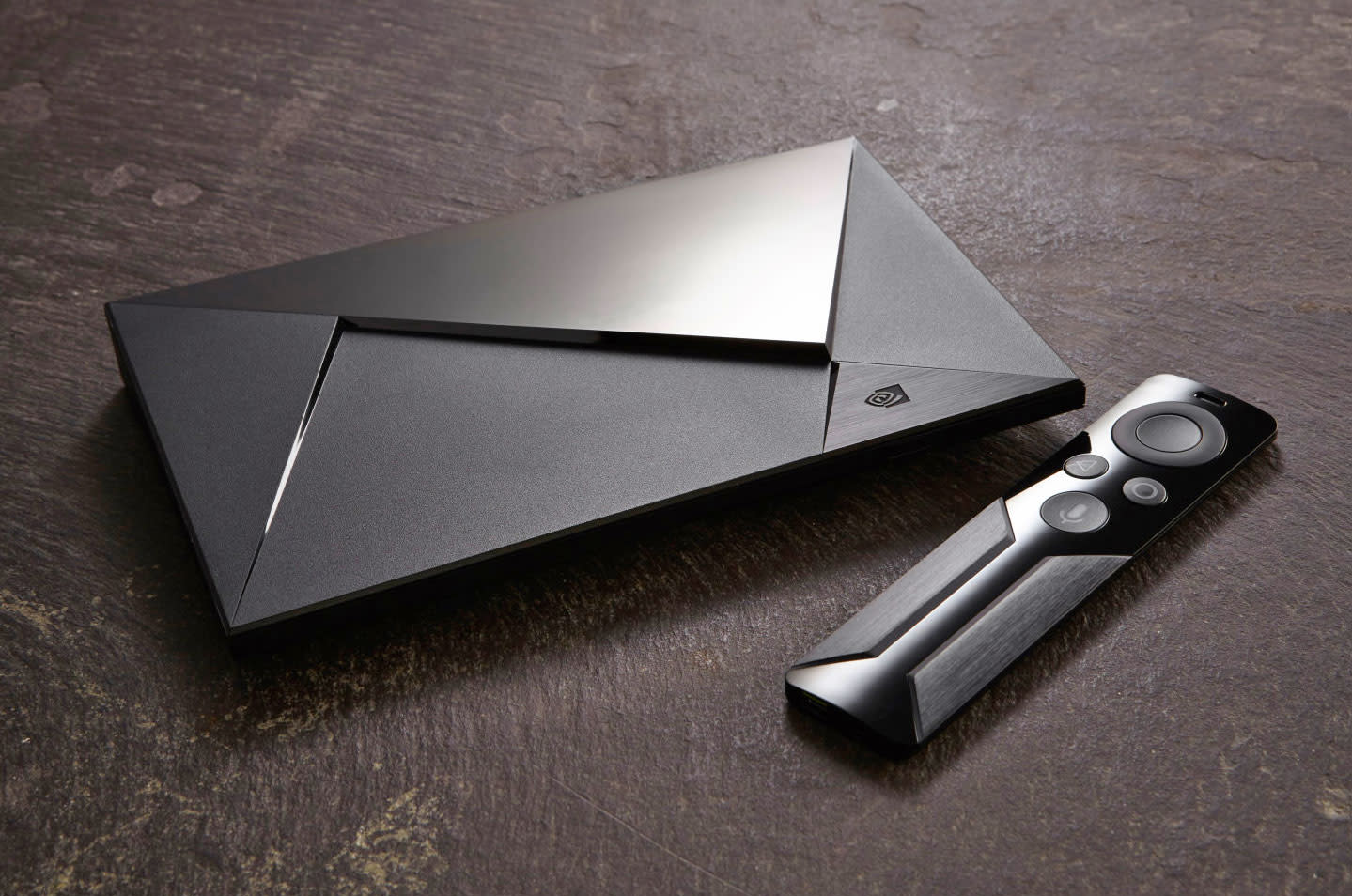 NVIDIA unveiled a new Shield TV box at CES, but the list of upgrades was pretty slim. It has a funky new controller, with a mesh of triangles peppering the grips, but otherwise it's the same hardware with some extra software bells and whistles. If you have the older model, good news -- today, you're getting all those non-hardware additions too. They include a new foundation -- Android 7.0 Nougat -- and a bunch of new apps including Amazon Video, Twitter, the NFL, Comedy Central and Vimeo.

If you're more interested in the gaming side, there's also a new NVIDIA Games app, which supersedes the old SHIELD Hub portal. There you'll find access to GeForce NOW titles, which can be streamed with the performance of a GTX 1080 graphics card, and your local 'GameStream' library with 4K and newly added HDR support. While not the most popular set-top box -- NVIDIA's cachet stops with the PC gaming crowd -- it's a competent and versatile bit of kit for people who prioritize games over TV.

Update: Change of plan. NVIDIA has clarified that the update will be rolling out "in the next week or so."

In this article: android7.0, av, entertainment, firmware, gaming, gear, nougat, nvidia, nvidiashieldtv, shield, shieldtv, SoftwareUpgrade, upgrade
All products recommended by Engadget are selected by our editorial team, independent of our parent company. Some of our stories include affiliate links. If you buy something through one of these links, we may earn an affiliate commission.