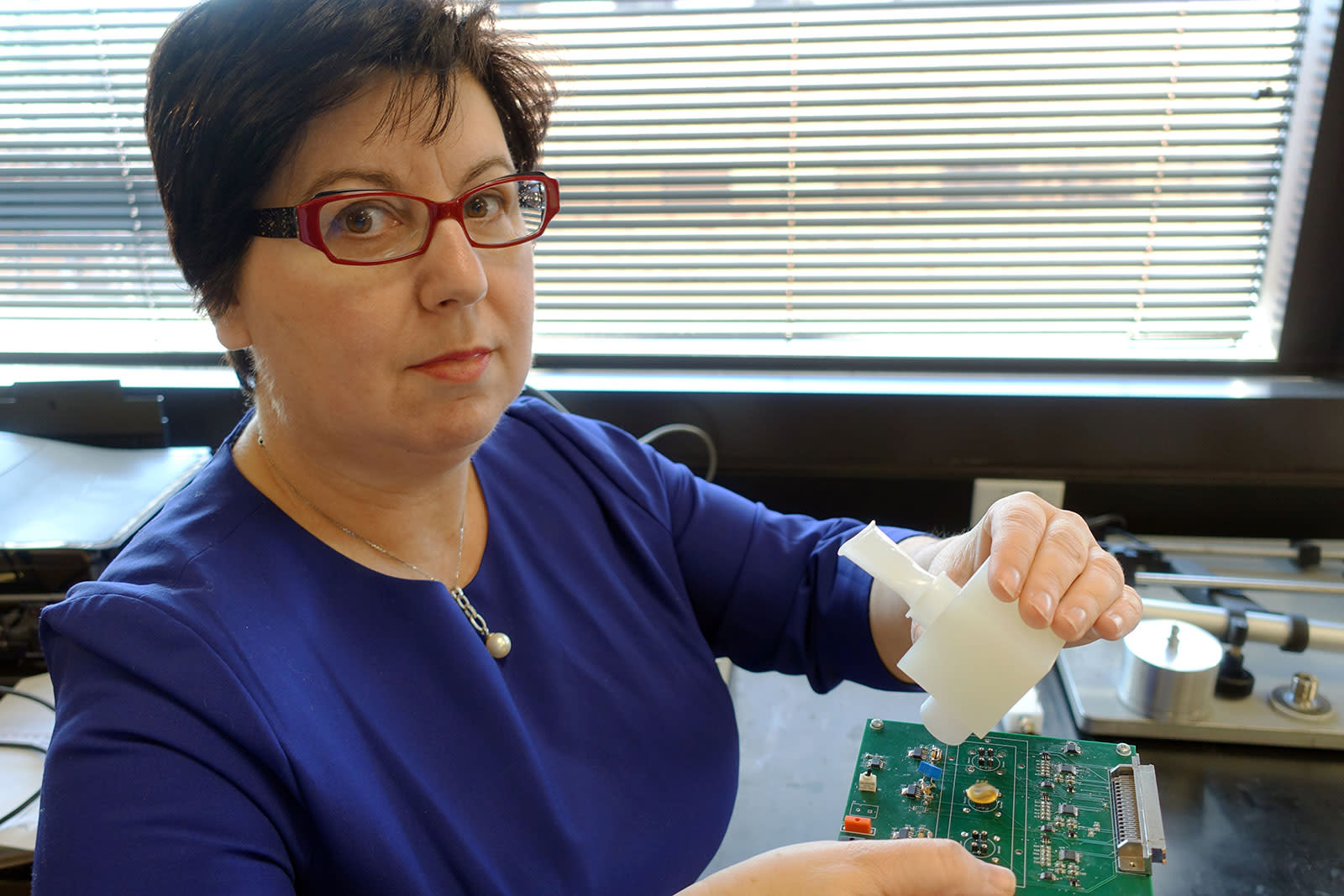 What if you could pick up a device from the drug store that could tell you if you have the flu and save you a trip to the doctor? That's one possibility for a breath-analyzing gadget that University of Texas at Arlington professor Perena Gouma has developed. The device is similar to the breathalyzers law enforcement use to determine if you've had too much to drink. The difference is that it employs low-cost sensors to analyze a person's breath and isolate biomarkers that can indicate whether or not you have the flu.

The materials science and engineering professor used existing medical research into the biomarkers in a patient's breath when they have a particular medical condition. For example, people who have asthma have a higher concentration of nitric oxide in their breath. Gouma then built the flu device using nitric acid and ammonia sensors to pick up on the virus. What's more, this breath-testing gadget could detect the flu just as well as the tests your doctor preforms during an exam to confirm that you're sick.

Gouma eventually sees devices like this being able to test for other diseases and medical conditions -- like Ebola. "I think that technology like this is going to revolutionize personalized diagnostics," she explained. "This will allow people to be proactive and catch illnesses early, and the technology can easily be used to detect other diseases, such as Ebola virus disease, simply by changing the sensors."

If a device like this were available over-the-counter, we could catch the flu early and treat it before it becomes a major health problem. What's more, the breath-analyzing gadget could be used to help keep the flu virus from spreading in places like your office.

"Before we applied nanotechnology to create this device, the only way to detect biomarkers in a person's breath was through very expensive, highly-technical equipment in a lab, operated by skilled personnel," Gouma said. "Now, this technology could be used by ordinary people to quickly and accurately diagnose illness."

In this article: breathalyzer, flu, influenza, medicine, science, universityoftexasarlington, uta
All products recommended by Engadget are selected by our editorial team, independent of our parent company. Some of our stories include affiliate links. If you buy something through one of these links, we may earn an affiliate commission.