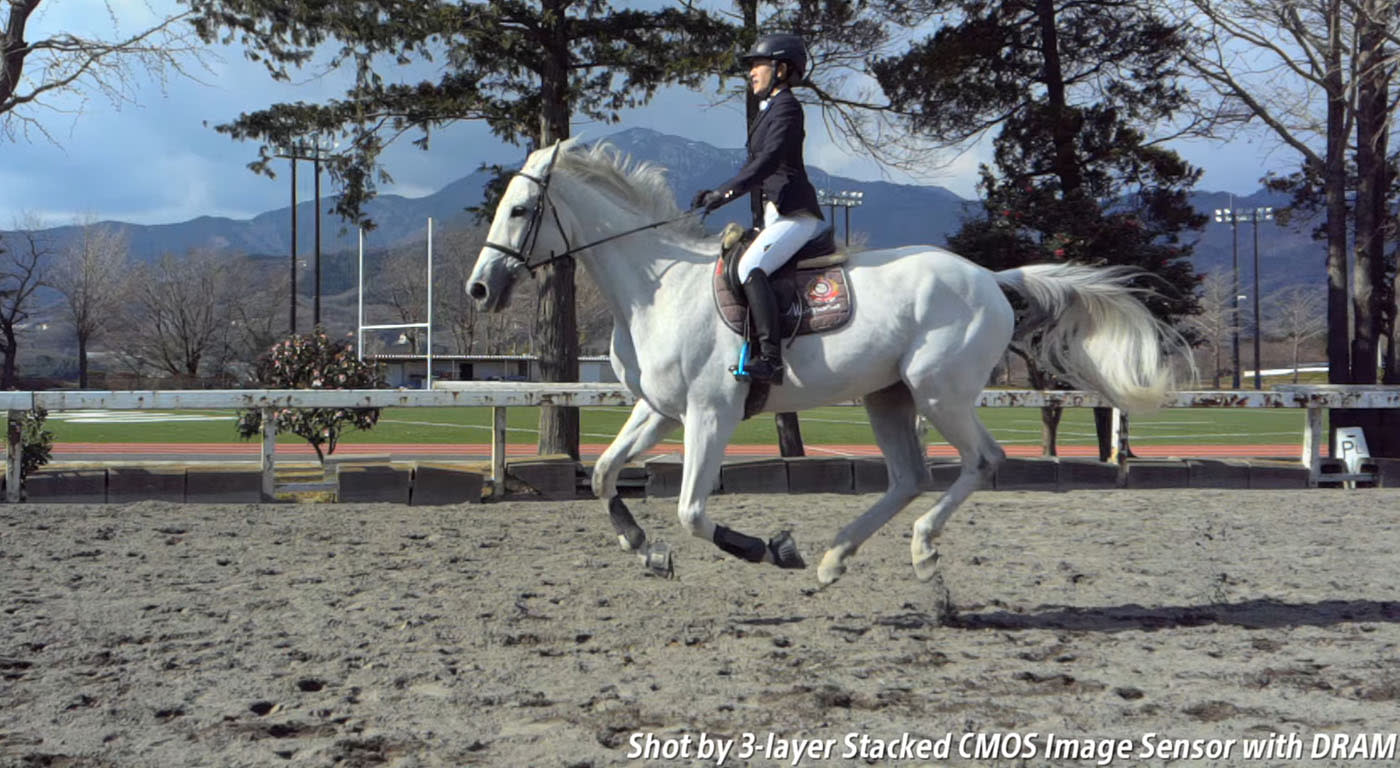 Sony has unveiled a sensor that could bring some impressive camera tricks to your next smartphone. The 3-layer CMOS sensor does super slow motion at up to 1,000 fps in full HD (1,920 x 1,080), around eight times faster than any other chip. That's possible thanks to a 2-layer sensor married with high speed DRAM that can buffer images extremely rapidly. Specifically, it can capture 19.3-megapixel images in just 1/120th of a second, "four times faster than conventional products," Sony says.

That kind of readout speed reduces "focal plane distortion," also known as rolling shutter. On CMOS-equipped cameras, including smartphones and DSLRs, the top of the an image is read before than the bottom, causing vertical lines to tilt on fast moving objects. As Sony shows in a test image (below) a faster 1/120th second readout speed significantly reduces that effect. The result will be better photos of moving objects and reduced wobbly "jello" video.

That's all good, but the sensor's standout feature is super slow-mo. As shown below, 1,000 fps is pushing into Phantom Flex camera territory, letting you see the impact of a ball on a bat or a dog vault in precise detail. What's more, Sony says that smartphones could detect sudden movement and automatically launch the high-speed mode, so you only use it when needed. Thanks to the DRAM buffer layer, it would work on any smartphone with a regular image processor.

By contrast, the Google Pixel, one of the better slow-mo models out there, can only do 120 fps at full HD, less than an eighth of the Sony sensor's capability. Sony says it has also figured out how to eliminate the noise inherent in putting DRAM next to an image chip by sandwiching it between the CMOS layer and circuits. There's no word on when the chip will appear in any new smartphone models, but as Sony has just launched it, it could take a year or two.

In this article: 1000fps, 3-layer, cameras, CMOS, DRAM, gear, Sensor, smartphones, sony, SuperSlowMotion, video
All products recommended by Engadget are selected by our editorial team, independent of our parent company. Some of our stories include affiliate links. If you buy something through one of these links, we may earn an affiliate commission.