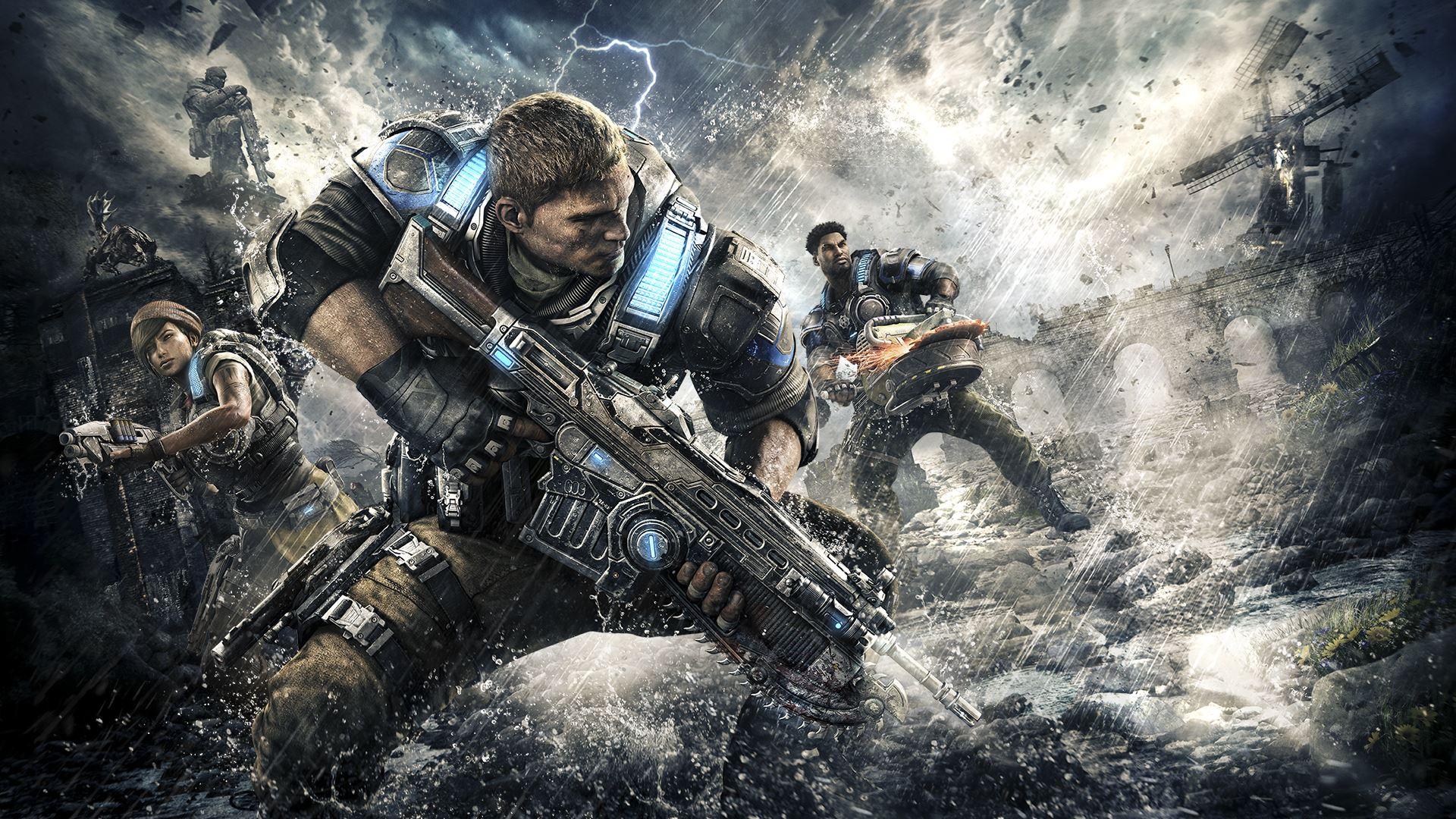 While the fleeting holiday-themed event will come and go, the two additional maps are here to stay. Impact Dark is a reworked version of existing Gears 4 arena - Impact. Swapping the original's bright daylight setting for the dark of night, the map also increases the tension by covering the battlefield in visibility-reducing smoke.

The other map accompanying the update is a reimagined version of the popular War Machine stage from the original game. Making its way to Gears of War 4 for the first time, War Machine has now uprooted from the dingy train station of old to a grandiose looking COG settlement. Despite the drastic visual overhaul, developer The Coalition claims that the core map design fans remember has remained intact.

In a bid to stop you rage-quitting, this new patch also brings with it a whole load of gameplay tweaks, including long-requested improvements to the game's Guardian Mode. The February update is available to download now, with season pass holders able to play the two new maps today. For everyone else, the new stages will be playable on February 10th. While not as fully-fledged as Gears of War 4's Christmas update, we can't think of a better way to celebrate Valentine's than devouring a gift box of chocolates, ignoring your significant other and settling in for a week-long frag fest.

In this article: av, gaming, Gears of War 4, microsoft, XboxOne
All products recommended by Engadget are selected by our editorial team, independent of our parent company. Some of our stories include affiliate links. If you buy something through one of these links, we may earn an affiliate commission.