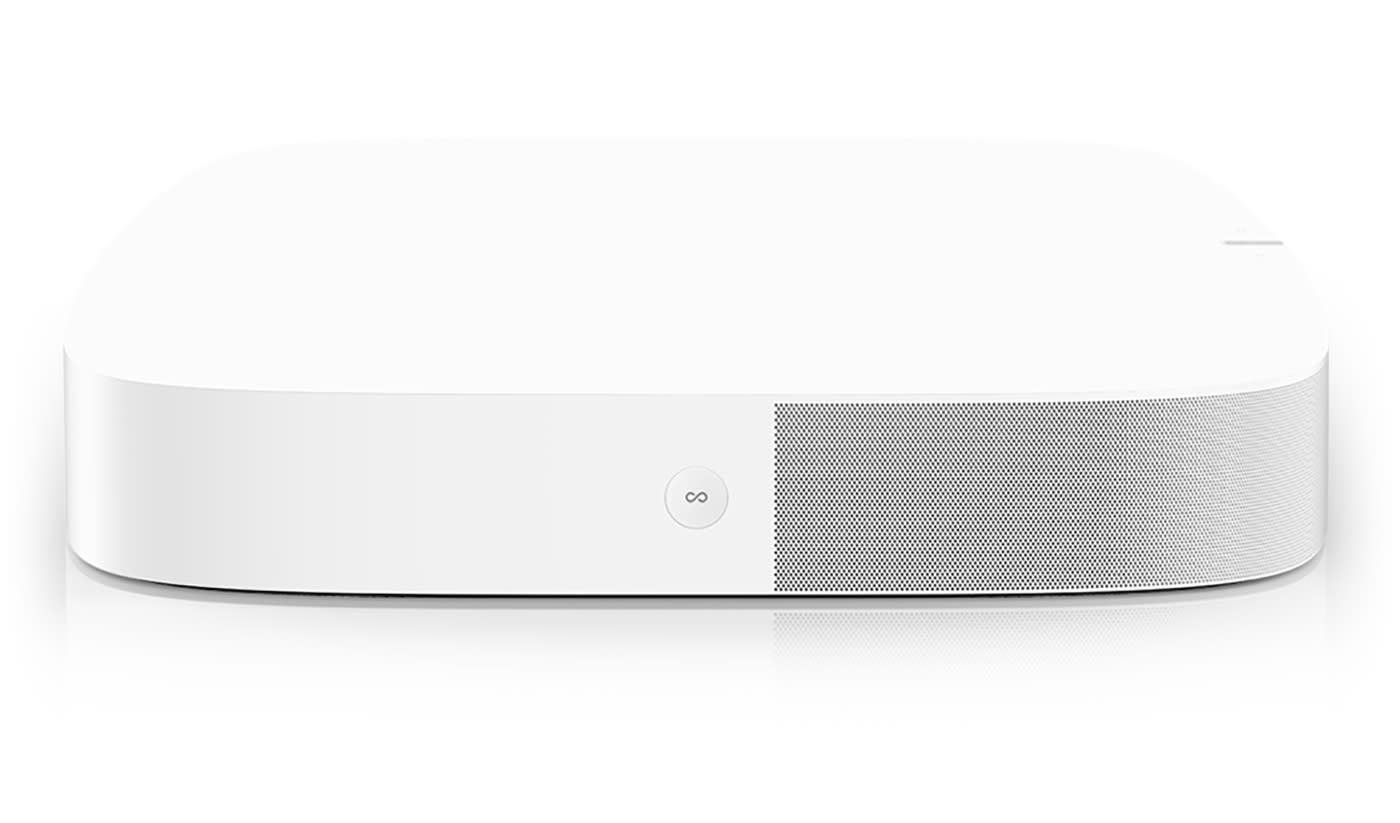 It looks like Sonos is about to release a new home entertainment speaker system, judging by a deleted B&H Listing (via article on Zatz Not Funny), a tweet and an FCC listing. Reportedly called the Playbase, it appears to be a flat soundbar that, rather than going in front of your TV like the Sonos Playbar, goes under it. According to the listing, it will cost $699, the same price as the Playbar and Sonos Sub. The idea may be to give folks a low-profile soundbar that elevates your TV a bit, not unlike LG's SoundPlate.

Judging by the pictures (the side is shown above and other views below) it has an optical and ethernet port, just like the Playbar (still no HDMI, it appears). Like other Sonos speakers, it will likely support connectivity with your other Sonos speakers and voice control via Alexa at some point this year, provided you have an Echo or Fire TV device. There have been rumors that Sonos will build Alexa functionality into future devices (the Play:5 has a microphone that's currently not used), so that's a possibility too.

So far, all of this is just a leak and rumor, though there's copious evidence, including an FCC listing that mentions the name "Playbase." Sonos also deleted several posts on its forum about the product, as Dave Zatz points out. If the B&H listing is to be believed, it should be arriving in March for $699.

In this article: av, ConnectedSpeaker, gear, leak, Playbar, Playbase, rumor, Sonos, soundbar
All products recommended by Engadget are selected by our editorial team, independent of our parent company. Some of our stories include affiliate links. If you buy something through one of these links, we may earn an affiliate commission.