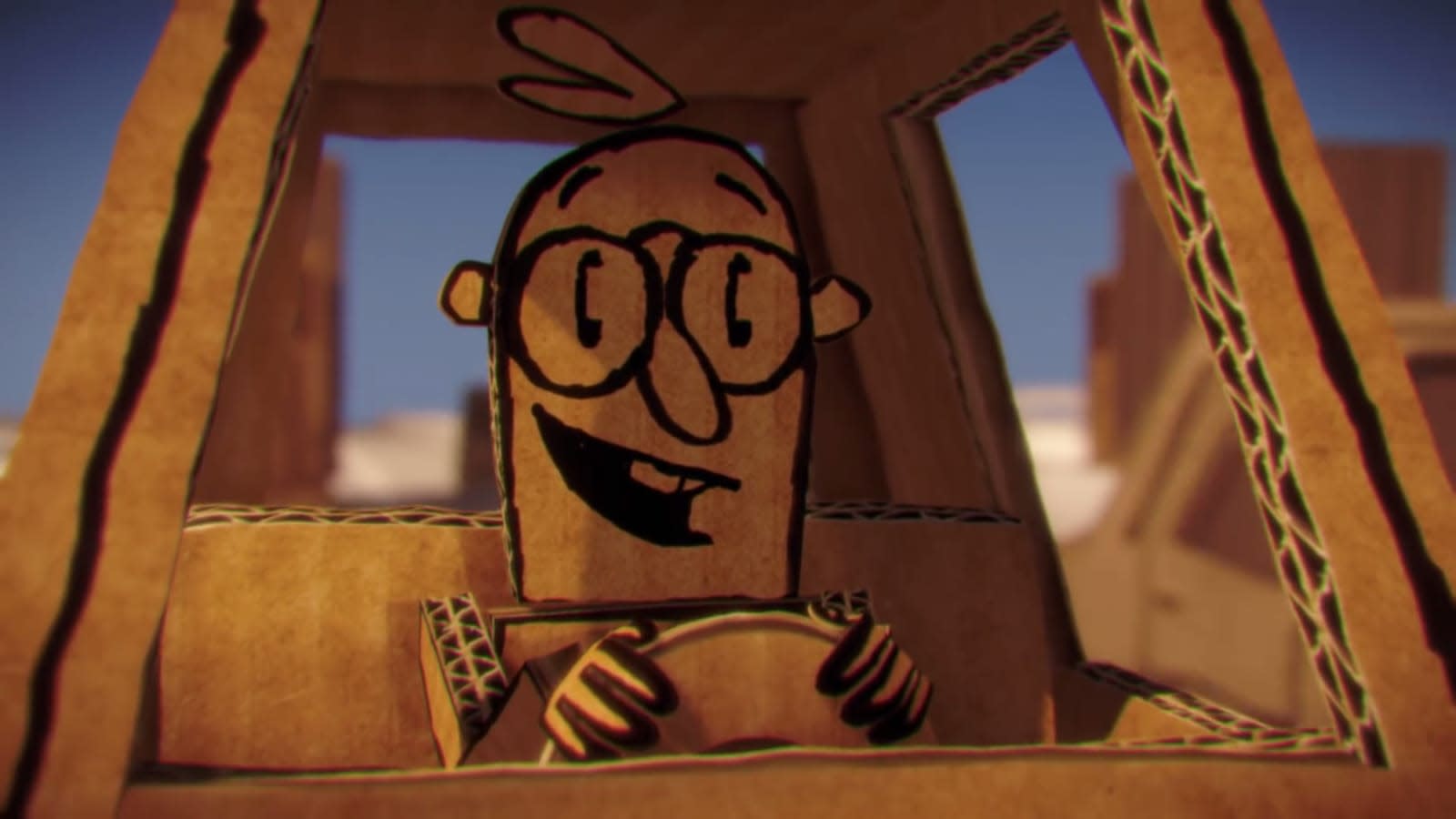 As the NBA's eSports league proves, video games are quickly becoming mainstream. Games are having a moment, and so are the tools used to make them. Case in point, the Unity game engine recently reached a big milestone. French animated show Mr. Carton just became the first cartoon TV series made with Unity.

Mr. Carton is premiering its first 13-episode season on public TV station France Télévisions this week. Six episodes have aired thus far, and are available on YouTube. The two-minute adventures follow the titular hero, a cardboard man in a cardboard world. The language barrier doesn't apply here, since the protagonist doesn't say much beyond "Ooh la la" when his exploits don't go as planned.

While other animation programs are designed specifically for making cartoons, Unity is geared more towards, well, making games. Still, Mr. Carton creator Michaël Bolufer, who works in both gaming and film, found Unity more than suitable. In fact, he said that sequencing was a lot less challenging in Unity than it is with traditional methods. Steps like storyboarding and mastering were handled with other applications, but virtually everything else (set building, lighting, rendering, etc.) was done at least in part with Unity. It ended up being easier to do things like compositing and adjusting the camera and lighting directly in Unity instead of going back and forth between platforms.

Bolufer said using Unity actually saved time and money, adding that he never considered making the show any other way. Although not explicitly created for making television, Unity seems more than willing to cooperate with animators on some serious projects. Disney's use of the game engine in the live action remake of The Jungle Book is just one sign that Unity's mainstream appeal is real.

In this article: 3dsMax, animation, av, cardboard, cartoon, entertainment, film, france, FranceTelevisions, gaming, MichaelBolufer, MrCarton, unity, UnityEngine, youtube
All products recommended by Engadget are selected by our editorial team, independent of our parent company. Some of our stories include affiliate links. If you buy something through one of these links, we may earn an affiliate commission.