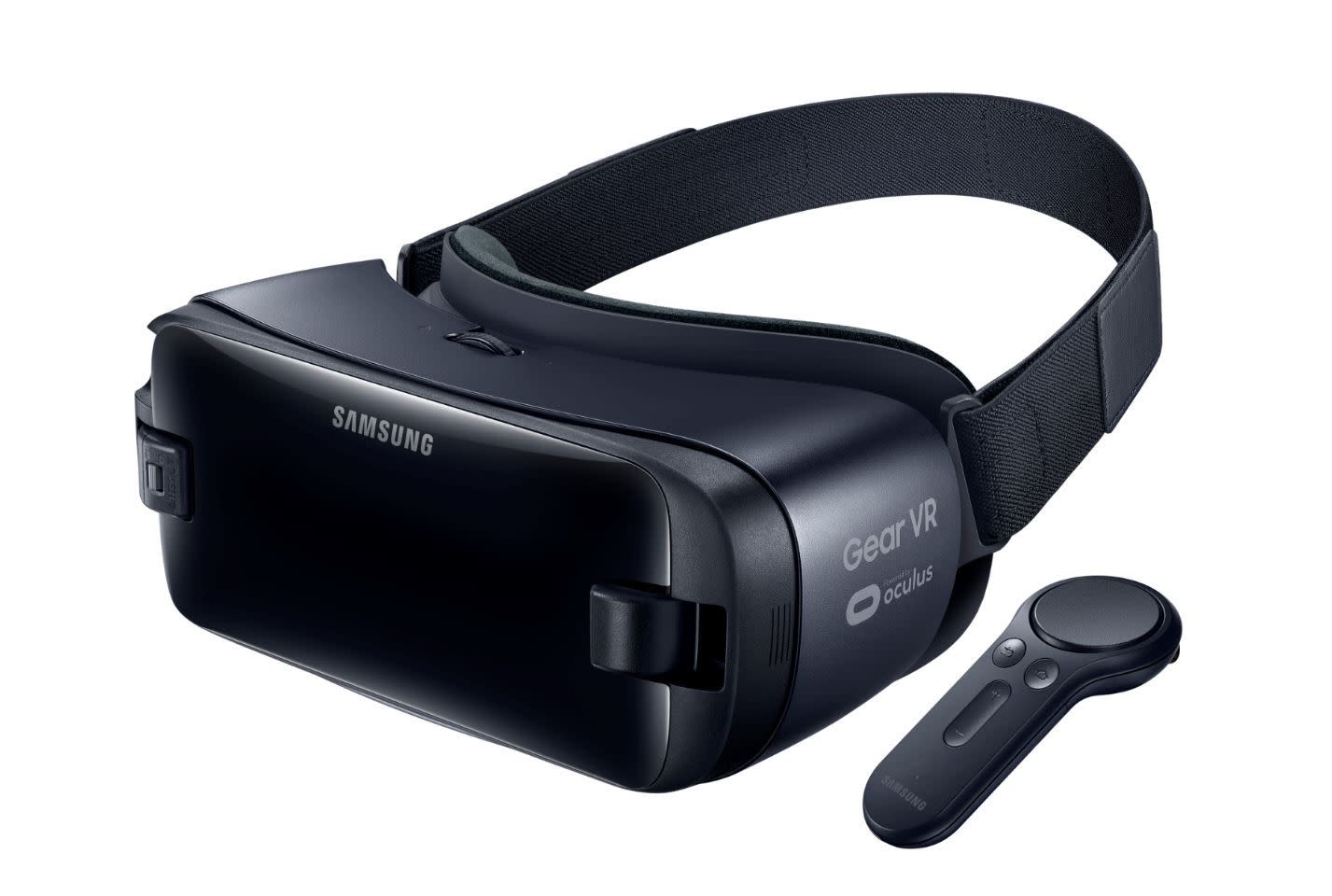 While there was no shortage of new Samsung hardware the company's MWC showcase, the event also included a new Gear VR headset on display, along with a new controller. Adding motion input (as well as a few more buttons) lets you navigate and interact with VR content without having to paw at the headset's buttons like with previous iterations. In addition to a clickable touchpad, there are trigger, home, back and volume keys. The controller also has an accelerometer, gyrometer and magnetic sensors built in. The new hardware will work with the Galaxy S7, S7 Edge, and Note 5, as well as the Galaxy S6 series.

The controller, which looks nothing like Oculus' own Touch peripherals, also comes with a wrist strap, offering a Wii-esque form of safety against flying controllers. The new Gear VR headset packs in 42mm lenses with a 101-degree field of view and improved distortion correction tech to further reduce motion sickness. And if you don't need the controller, there's a strap built into the headset to house it. The controller itself doesn't need charging; you just need to replace a AAA battery inside. A company spokesperson says that more than 70 new controller titles are already in development, and existing touchpad apps will also work with the remote.

We'll be looking to strap on the new version as soon as we can, and see how it compares to Google's Daydream View, which also includes a controller. Expect to hear more from us soon!

In this article: controller, entertainment, gaming, gear, gearvr, gearvrcontroller, mobile, mwc, mwc2017, oculus, samsung, virtualreality, vr, wearables
All products recommended by Engadget are selected by our editorial team, independent of our parent company. Some of our stories include affiliate links. If you buy something through one of these links, we may earn an affiliate commission.