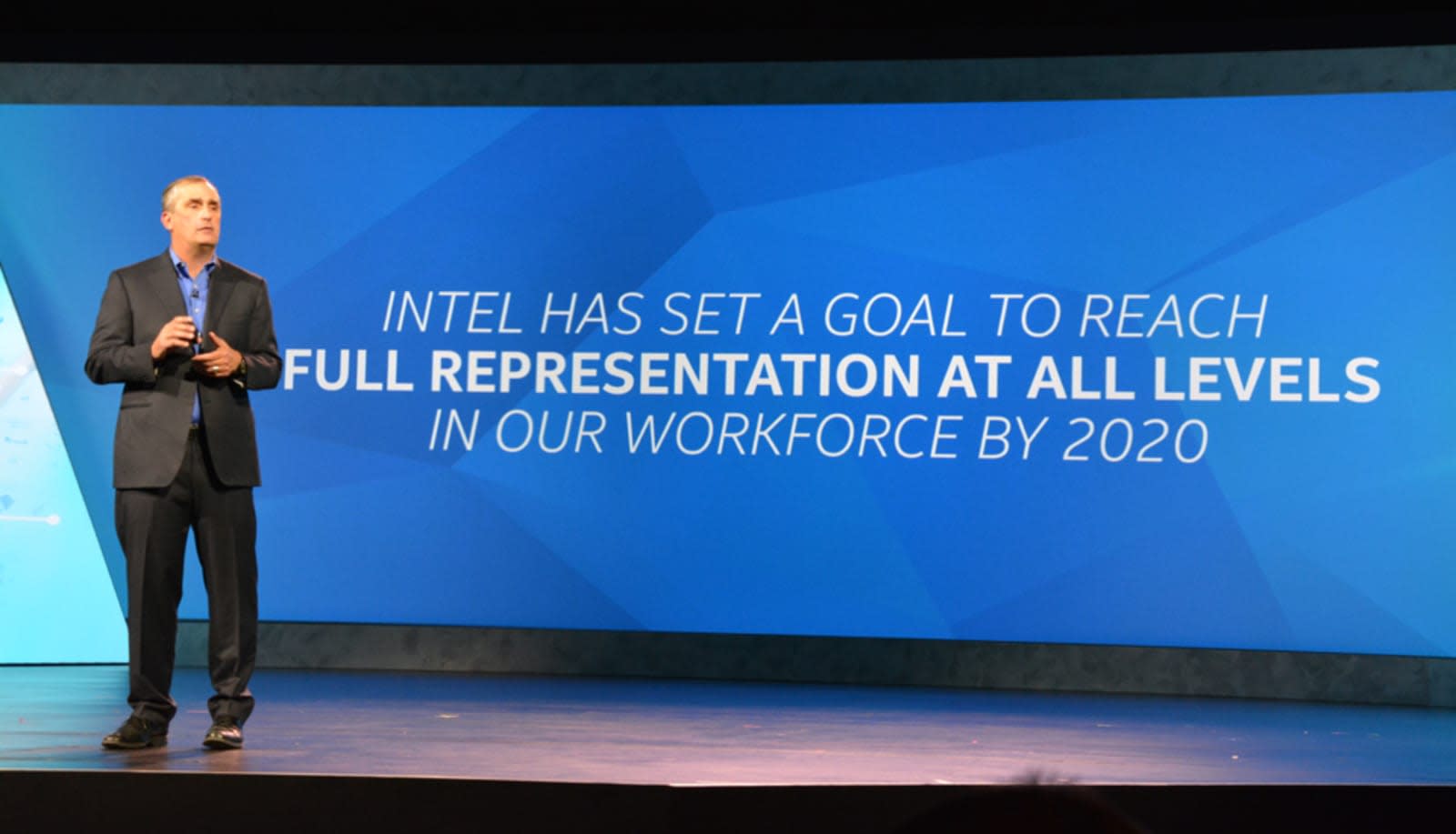 Intel's diversity push still looks to be largely on track, and it's now hitting some of its most important milestones. The chip maker's newly published 2016 Diversity & Inclusion report reveals that Intel has met all of its pay and promotion equality goals in the US -- both women and underrepresented minority should have the same incomes and chances of advancement as anyone else. Intel also says it met its broader diverse retention goal, keeping a better-than-parity number of those underrepresented workers.

The company also says it beat its own hiring target for the year (45.1 percent diverse), and notes that representation for women is up to 25.8 percent, or 2.3 points more than in 2014. Other progress? Intel now has a more diverse roster of vice presidents (41 percent) and decision-making Fellows, and it's spending more money with diverse suppliers.

As happy as Intel is, it's quick to admit that not everything is going smoothly. The ratio of underrepresented minorities has barely moved, growing just 0.2 points to 12.5 percent. Minorities in technical roles even slid a bit -- there's a lower ratio of Hispanic tech workers than there was in the 2015 report. Intel's hiring approach may do well for women and non-technical positions, then, but it still leaves something to be desired.

The findings are leading Intel to switch its focus for 2017. It's going to focus more on improving minority representation, and will start to think about intersectionality between these groups. For example, it's making sure that non-white women will have more opportunities for promotion. Also, every manager will go through training to help them create and run more inclusive teams. Intel isn't certain to hit its 2020 diversity targets by any means, but it at least has an idea as to what needs the most work.

In this article: business, culture, diversity, equality, intel, personal computing, personalcomputing
All products recommended by Engadget are selected by our editorial team, independent of our parent company. Some of our stories include affiliate links. If you buy something through one of these links, we may earn an affiliate commission.
Share
Tweet
Share