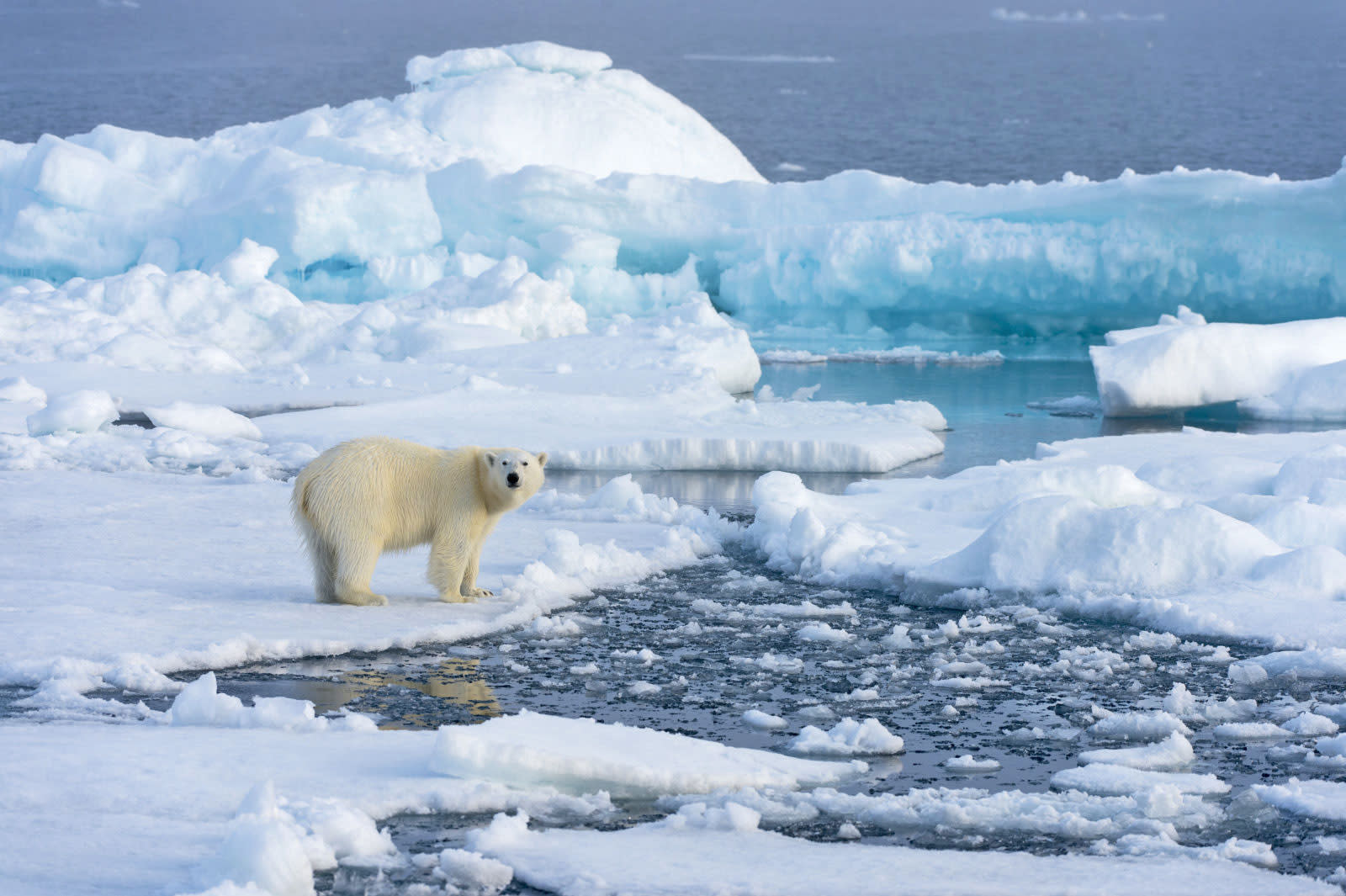 Climate change isn't just manifesting in polar regions through ice cracks. Researchers have learned that the Arctic Ocean saw a rapid rise in acid levels between 1994 and 2010, most likely from airborne carbon dioxide (aka a greenhouse dissolving into the water. While this process is happening in many places around Earth, the Arctic increases are serious enough that they may pose a threat to polar bears, seals and other animals that depend on the ocean.

The clue? Scientists were looking at concentrations of aragonite, a mineral that can't form in highly acidic water. They noticed that parts of the western Arctic Ocean have lower than expected aragonite levels.

Climate change isn't the only factor -- the team notes that changes in ocean currents have seen a greater than usual influx of carbon-rich Pacific water, most likely due to changing ocean patterns that leaves the water 'stuck' in the Arctic. However it happens, though, things don't look good. Computer models suggest that the Arctic Ocean may be ice-free in summers by 2030, and that the entire surface of the Arctic Ocean could have a dearth of aragonite before long. If that happens, the larger Arctic ecosystem might be at risk.

In this article: acid, arctic, arcticocean, climatechange, environment, green, science
All products recommended by Engadget are selected by our editorial team, independent of our parent company. Some of our stories include affiliate links. If you buy something through one of these links, we may earn an affiliate commission.