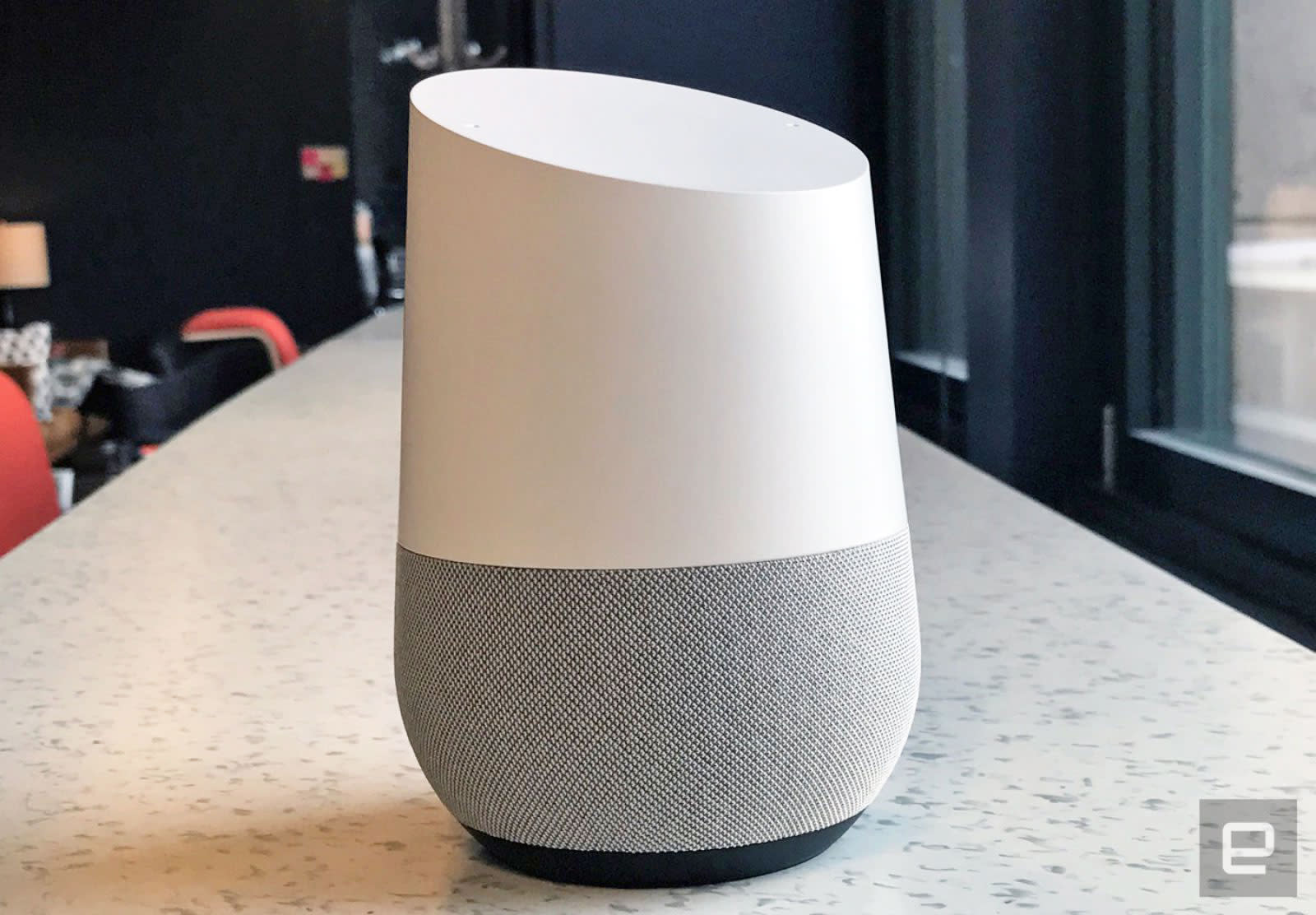 RJ Pittman, eBay's chief product officer, has demoed an interesting Google Home feature at the tech titan's Cloud Next conference. He asked the speaker if he could speak to eBay, which activated the e-commerce company's shopping bot that's aptly named ShopBot. "Hi, I'm eBay," the speaker replied, "I'm the world's price guide. You can ask me what something is worth." eBay originally launched ShopBot for Facebook Messenger last year. But unlike the Messenger version, Home's seems to focus on helping you price goods you might want to sell instead of finding more stuff to buy.

During the demo, Pittman asked the bot to help him price a Canon camera. After asking him about its condition and model, the bot gave him an estimate. The exec says it could bring more sellers to eBay, since people can easily find out if some of the junk they have lying around are valuable enough to be sold. "When technology can start doing the heavy lifting and providing you with a concierge-like personalized service," he added, "then that's when we've really made great strides."

Unfortunately, he didn't say when the feature will roll out to users, though Google revealed that eBay has migrated to its cloud platform from Microsoft Azure. We'll just have to keep an eye out for its official launch.

In this article: ebay, gadgetry, gadgets, gear, google, googlehome, shopbot
All products recommended by Engadget are selected by our editorial team, independent of our parent company. Some of our stories include affiliate links. If you buy something through one of these links, we may earn an affiliate commission.