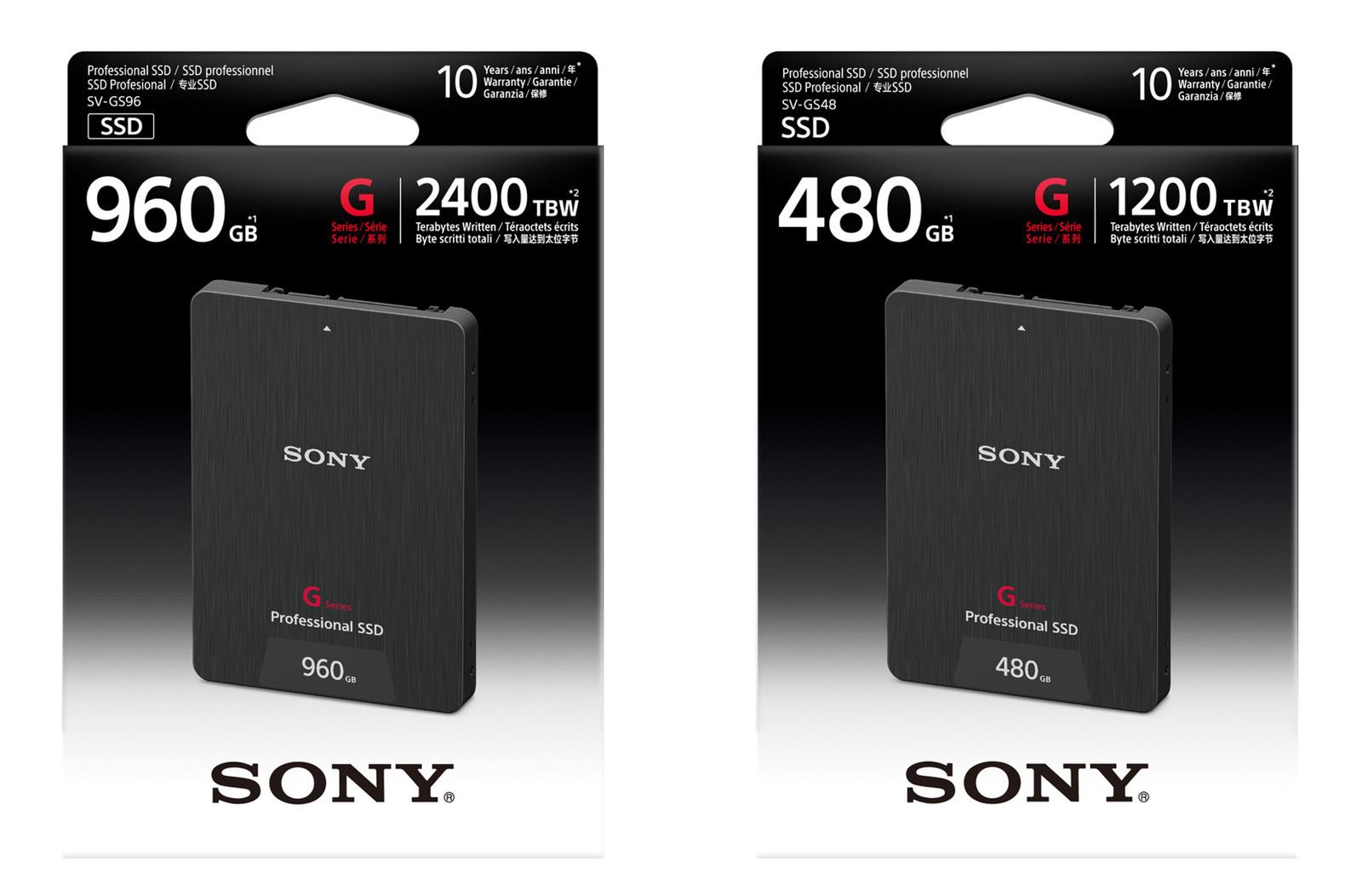 Aspiring 4K filmmakers who want the best quality can buy pro-level RAW video cameras on the cheap, or use a DSLR with an external 4K recorder like the Atomos Ninja 2. However, the SSDs on such devices often record and dump out high bit-rate 4K video multiple times a week, so they need to be much faster and more durable than the one on your laptop. That's where Sony comes in with its latest G Series Professional SSDs, which can write up to 2,400 terabytes without failing and use tech that prevents disastrous frame dropping.

Sony says the SV-GS96 960GB model's 2,400 terabyte rating will let you fully write the drive five days a week for ten years without failing, while the 480GB model (SV-GS48) gives you about half that durability. Both drives can read at up to 550 MB/s and write at 500 MB/s, but Sony adds that the drives "feature built-in technology preventing sudden speed decreases, while ensuring stable recording of high bit-rate 4K video without frame dropping."

The drives also have built-in data protection tech that protects them from power failures and connectors that can handle 3,000 removal and insertions, "six times more tolerance than standard SATA connectors," it says.

Performance and ruggedness comes at a price. The 960GB unit costs $539, compared to around $350 for a Kingston HyperX Savage 960GB drive, a model that's rated to capture 4K RAW video with Blackmagic's BMCC camera. The 480GB SSD is a bit more reasonable at $287 compared to around $190 for the equivalent Kingston model. Considering the thousands that an SSD failure could cost, filmmaker will likely see the difference as chump change. Sony says they'll arrive in May 2017.

In this article: 4KVideo, cameras, G-Series, gear, RAWVideo, SolidStateDrive, sony, SSD, SV-GS48, SV-GS96
All products recommended by Engadget are selected by our editorial team, independent of our parent company. Some of our stories include affiliate links. If you buy something through one of these links, we may earn an affiliate commission.