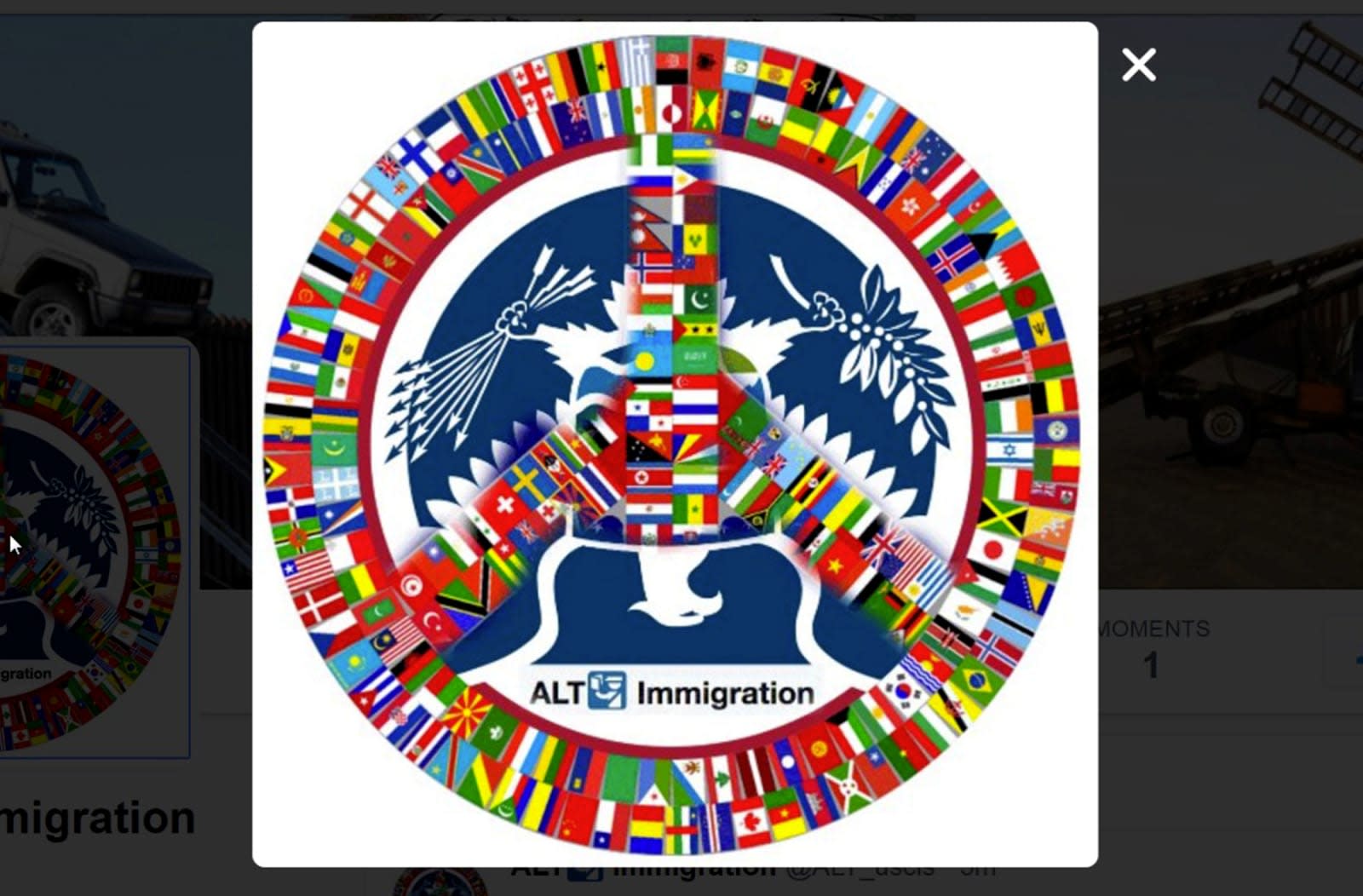 Twitter is suing the government to resist giving up the identity behind @Alt_uscis, an account tweeting out anti-Trump messages. The account is allegedly run by rogue members of US immigration agencies. The social media titan has brought suit against the feds in order to stop the summons.

On March 14th, shortly after the @Alt_uscis account started tweeting, agent Adam Hoffman of the US Customs and Border Protection (CBP) faxed Twitter a summons, ordering them to produce records from the account. Curiously, the summons "ordered Twitter to produce the records to a CBP office in Washington D.C. by 11:45 A.M. on March 13, 2017 -- the day before the CBP Summons was faxed," according to the legal complaint filed by the social media titan (embedded below).

Twitter's suit is a twofold resistance to the government's disclosure request, opposing both the method and the nature of demanding these particular identities. First, it openly attempts to block the Department of Homeland Security and CBP from "unlawfully abusing a limited-purpose investigatory tool to try to unmask the real identity of one or more persons who have been using Twitter's social media platform, and specifically a Twitter account named @ALT_USCIS, to express public criticism of the Department and the current Administration."

Twitter's going to bat for free speech in general, especially from this type of public criticism supposedly emanating from within the government. In the social media titan's eyes, "permitting CBP to pierce the pseudonym of the @ALT_USCIS account would have a grave chilling effect on the speech of that account in particular and on the many other 'alternative agency' accounts that have been created to voice dissent to government policies."

The ACLU tweeted out its support of Twitter and pledged to personally represent the user(s) behind @Alt_uscis.

We're glad Twitter is pushing back. We'll be going to court to defend this user's right to anonymous speech. https://t.co/tqj5XrNvgn

Update: ACLU is personally representing the Twitter user in question, and will be filing shortly in their defense https://t.co/h7xqenQx7x

In this article: ImmigrationAndCustomsEnforcement, law, politics, privacy, trump, twitter
All products recommended by Engadget are selected by our editorial team, independent of our parent company. Some of our stories include affiliate links. If you buy something through one of these links, we may earn an affiliate commission.