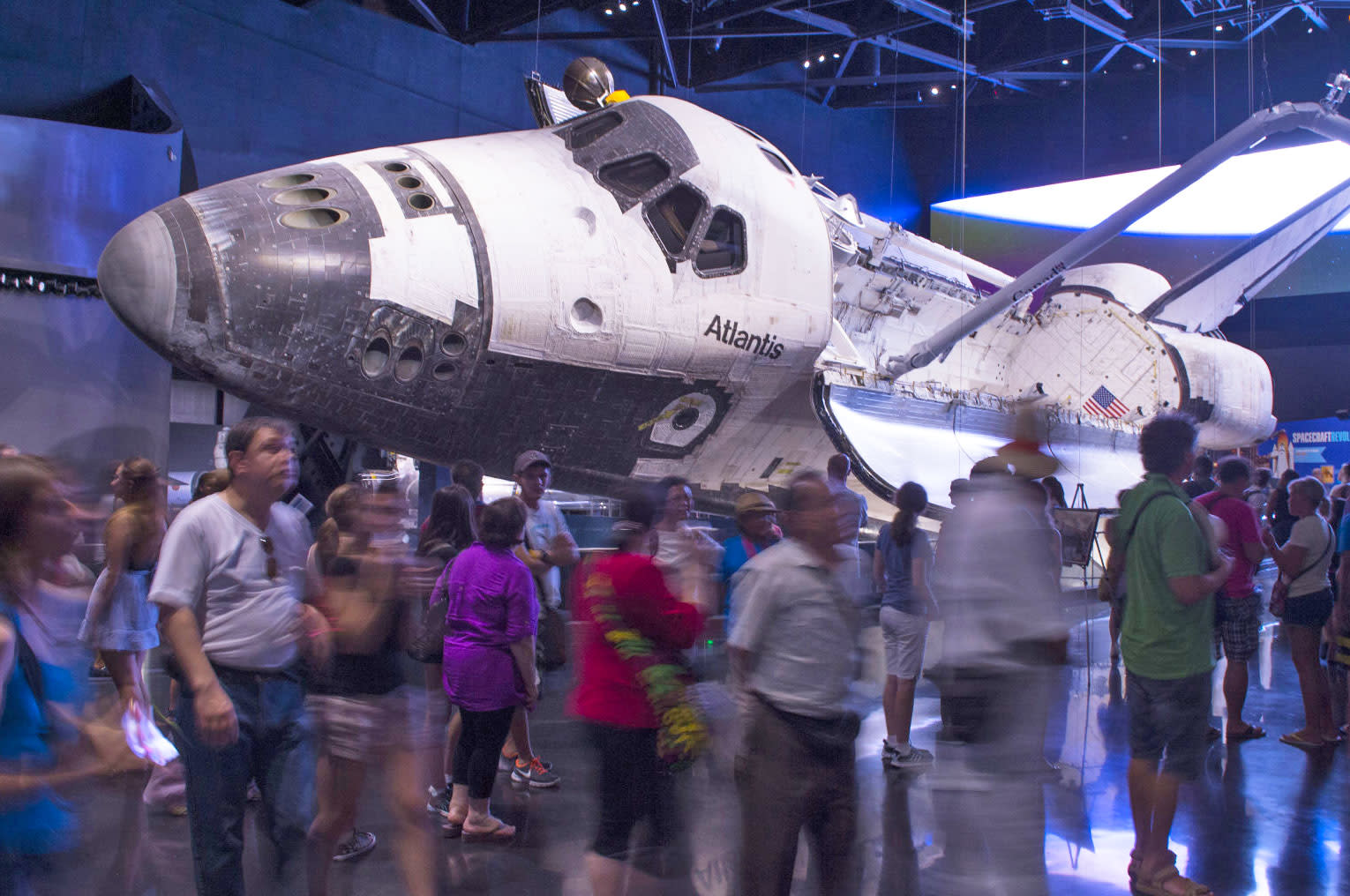 A six-inch piece of thermal tile like the ones lining the belly of the space shuttle was stolen from an exhibit at NASA Kennedy Space Center over the weekend Popular Mechanics reports. Although the tile itself never actually flew on a shuttle and was only used for training purposes, NASA security is asking the internet to keep an eye out for it in case it pops up for sale online.

According to Popular Mechanics, NASA docent and shuttle program seamstress Jean Wright was standing near the Space Shuttle Atlantis exhibit when the theft occurred. The tile is encased in plexiglass and Wright normally keeps it on a cart near the exhibit along with several other educational pieces she shows off to visitors. After she noticed the piece was missing, she contacted security and did what anyone else would do when a piece of NASA history goes missing: she asked her "space peeps" on Facebook to keep an eye out for it on eBay. From her Facebook message, which was shared on Twitter by freelance photographer Brandon Thonen:

I had a somewhat traumatizing experience at the Atlantis exhibit today! I wasn't even up there for 10 mins. when someone STOLE one of my shuttle tiles! I had it on our upper shelf behind the cart where it's a bit difficult to reach it. I was about 10ft. away and every now and then looking at it while I was talking to guests. I noticed a large crowd surrounding the cart, and scurried back. I 'footprint' everything I have there; and immediately noticed it was gone!

The piece should be identifiable by its serial number: "VT70-191" plus three more digits that Wright couldn't recall. Reddit is already looking for answers about the missing part's whereabouts, but if anyone else notices a contraband thermal tile for sale they are encouraged to contact their local authorities.

In this article: KennedySpaceCenter, NASA, science, space, spaceshuttle, SpaceShuttleAtlantis
All products recommended by Engadget are selected by our editorial team, independent of our parent company. Some of our stories include affiliate links. If you buy something through one of these links, we may earn an affiliate commission.