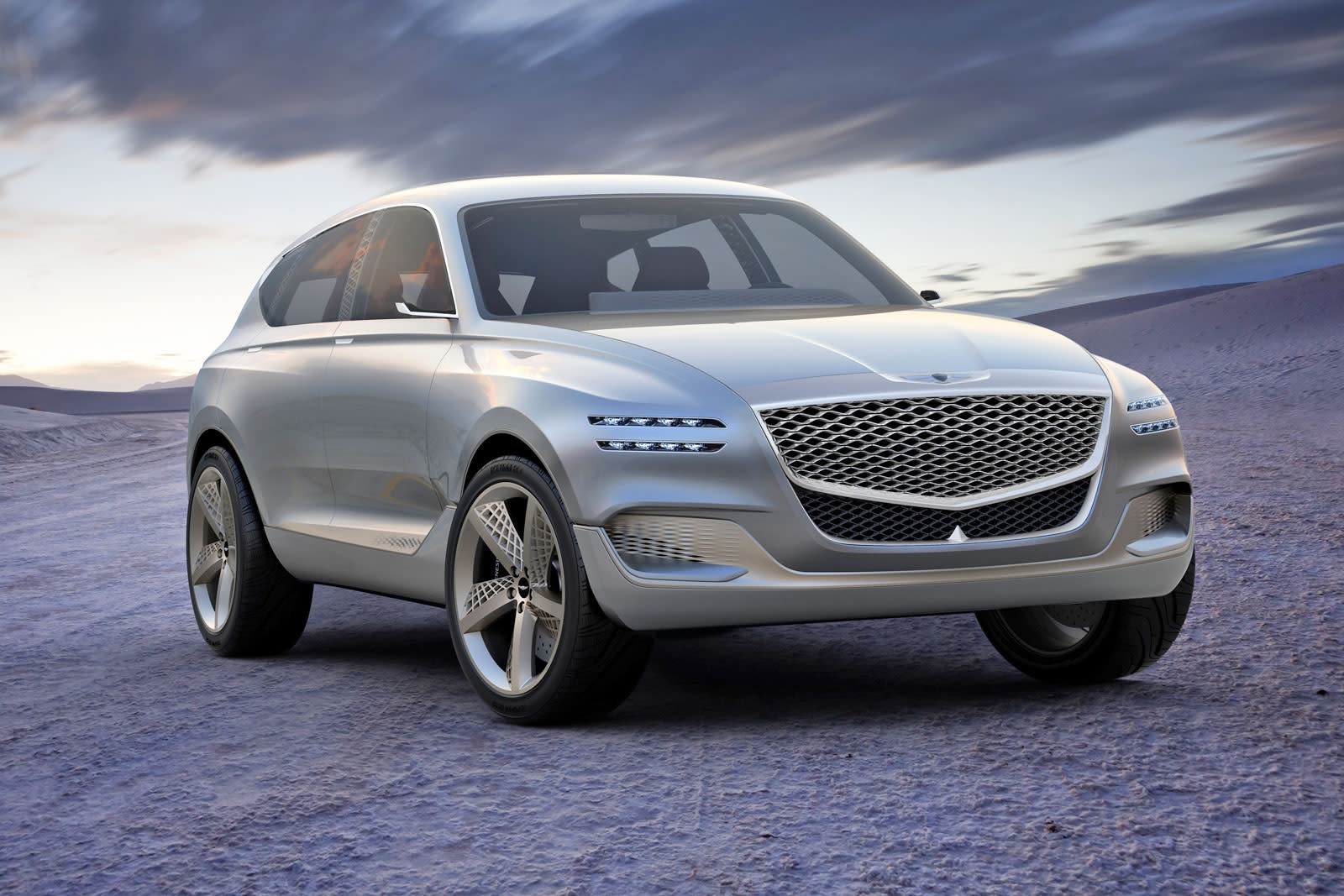 The GV80 Concept promises both zero emissions and long range.

It hasn't even been two years since Hyundai spun out its Genesis luxury badge as a separate division, but the new group is already making a name for itself. Genesis has unveiled its first experimental SUV, the GV80 Concept, and the prototype clearly pushes a few boundaries. For one, it's a plug-in fuel cell hybrid. The company isn't talking performance figures at this point, but the combination of electric and hydrogen power promises zero-emissions driving while still delivering a healthy range.

The interior is just as much of a showcase. We've seen large displays in cars before (see: Tesla), but the GV80 has a 22-inch curved OLED display that "cascades" into the instrument cluster. It's not just for the sake of the usual concept car drama -- the panel is divided into driver and passenger zones that deliver unique experiences. The multi-function controller in the center of the cabin includes a touchpad with handwriting recognition, and there are metal "strings" that let passengers toggle their side of the display without distracting the driver.

As with most concepts, you can't count on the GV80 entering production. Genesis characterizes this as indicative of its "athletic" design strategy for future vehicles, so it's entirely possible that this will either change dramatically or won't be built at all. Given that it's the company's first SUV concept of any kind, though, it won't be shocking if you see some take on the GV80 arriving in dealerships. As it is, Hyundai at large is eager to catch up on green transportation options. A plug-in hydrogen car would signal that the company means business, even if it wouldn't directly compete with pure electric options like Tesla's Model X.