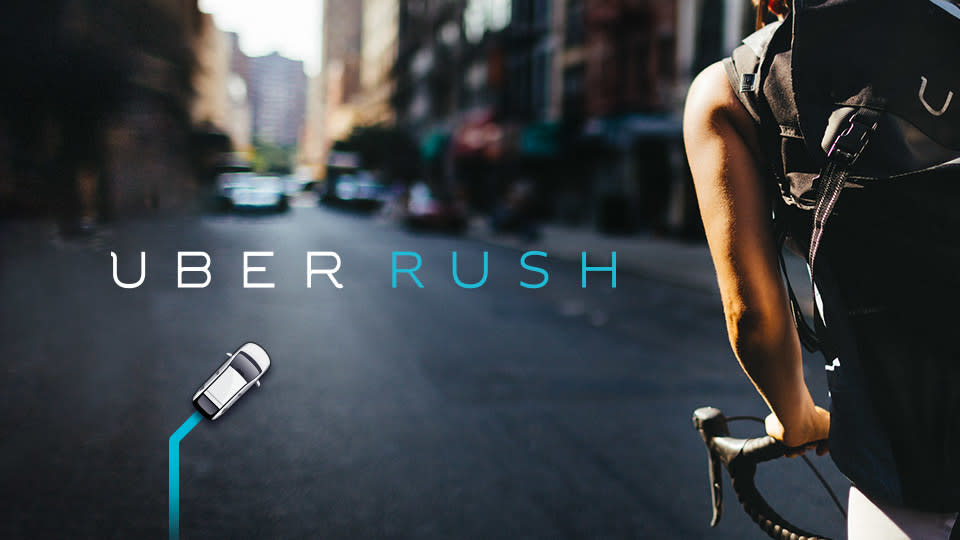 When Uber launched UberRush in 2015, the company promised to deliver just about anything in minutes to clients in New York, Chicago and San Francisco. In addition to connecting regular users with couriers for small errands, the logistics platform also became the backend for a number of restaurants and retailers delivering everything from dry cleaning to flowers. According to a new report from Quartz, however, Uber is now scaling back UberRush and consolidating its portfolio of services as the company continues to bleed cash despite its rapid growth.

While UberRush isn't shutting down completely, the company is trying to migrate its restaurant clients to over to its separate, food-focused UberEats platform. As two former employees told Quartz, food deliveries made up the majority of orders on Rush, but running multiple services with the same pool of drivers and couriers was occasionally cannibalizing Uber's main business. "We got into a situation where dinner rush would mean a lot of people were taking food deliveries, but then they weren't driving for UberX, so it was causing surge pricing," one former employee explained. "We were attacking our own business."

According to Uber, restaurant clients will be kicked off of Rush starting May 8th, but the service will still be available to other merchants like grocery stores and florists. Besides eating into its ride-hailing business, the company may have other reasons for moving restaurants over to UberEats. Because Uber handles the ordering in its own app for UberEats it can count the total cost of the food plus delivery fees as revenue, which could make its bottom line look a little less anemic.

In this article: business, culture, transportation, uber, uberrush
All products recommended by Engadget are selected by our editorial team, independent of our parent company. Some of our stories include affiliate links. If you buy something through one of these links, we may earn an affiliate commission.