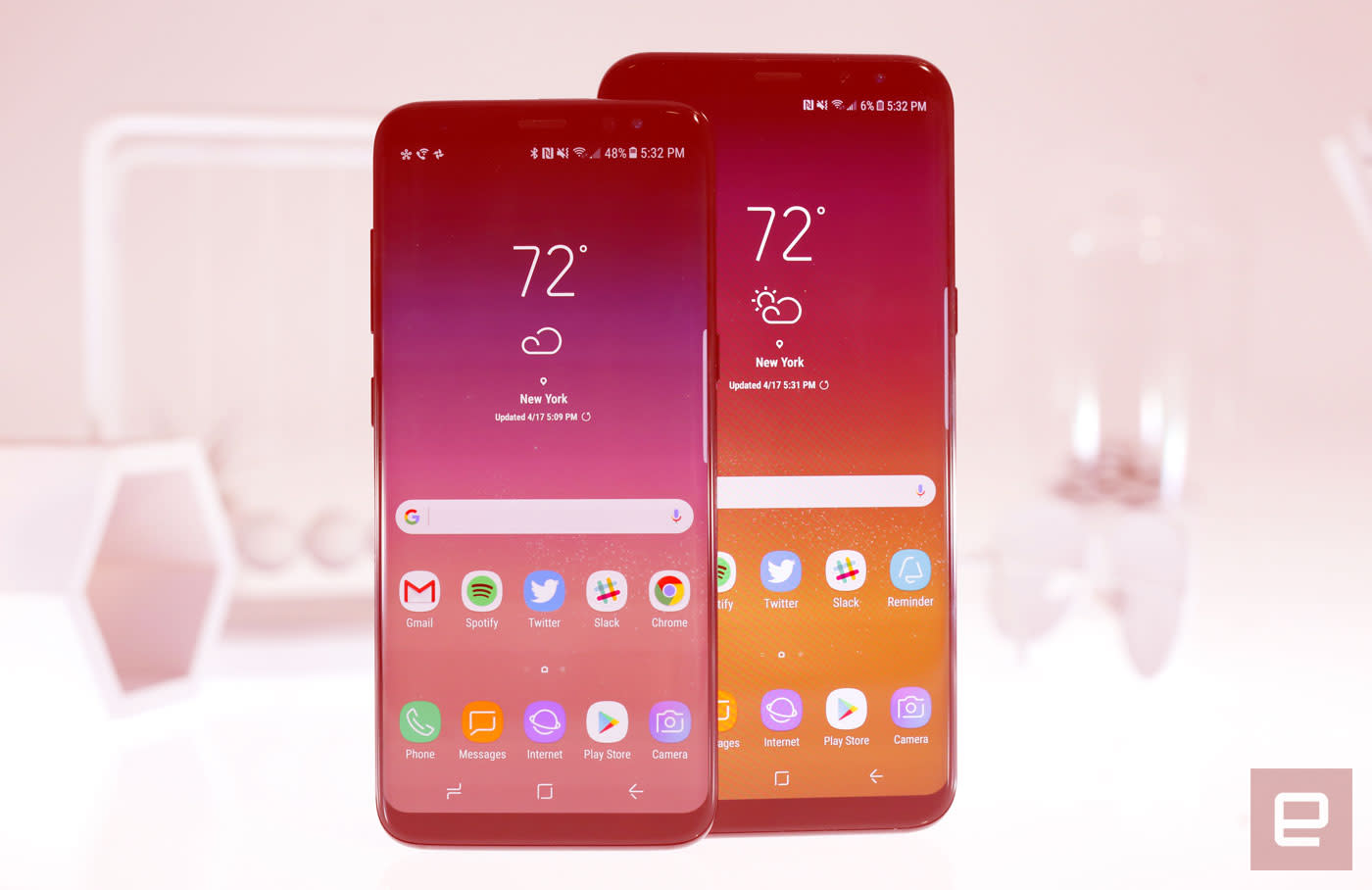 Quite a few of Samsung's newly-released Galaxy S8 handsets have been showing a noticeable reddish tint on their screens. While the company initially said that the problem was easily fixed with a manual calibration, it's since decided to roll out an update to fix the problem directly, while also increasing the color range of the hot new Android devices.

Of course, the company downplayed the issue in a statement to the Korean Herald, saying, "We will upgrade the software because of some dissatisfied customers although there is no problem in the phone itself."

In addition to fixing the red tint issue, the upgrade will also expand the color range of its screens via software so you can set any red tint even lower. Samsung plans to roll out the update next week, though you can still go into the settings and manually calibrate. We've reached out to Samsung and will update this post with any new details.

Update, 4/22, 2:30PM ET: Samsung confirmed that the update will be rolling out next week and provided us with the following statement:

"The Galaxy S8 and S8+ are equipped with Super AMOLED displays to provide rich, expressive colors and optimal color range, saturation and sharpness depending on the environment. In the past, we have received feedback that consumers wanted the ability to customize the color setting of their Galaxy devices due to natural variations in displays, and we provided the option to do so in previous software updates. While the Galaxy S8 and S8+ have the ability for the user to modify the color of the display, Samsung has listened to feedback and has decided to release a software update as early as next week which will provide customers with a further enhanced ability to adjust the color setting to their preference."