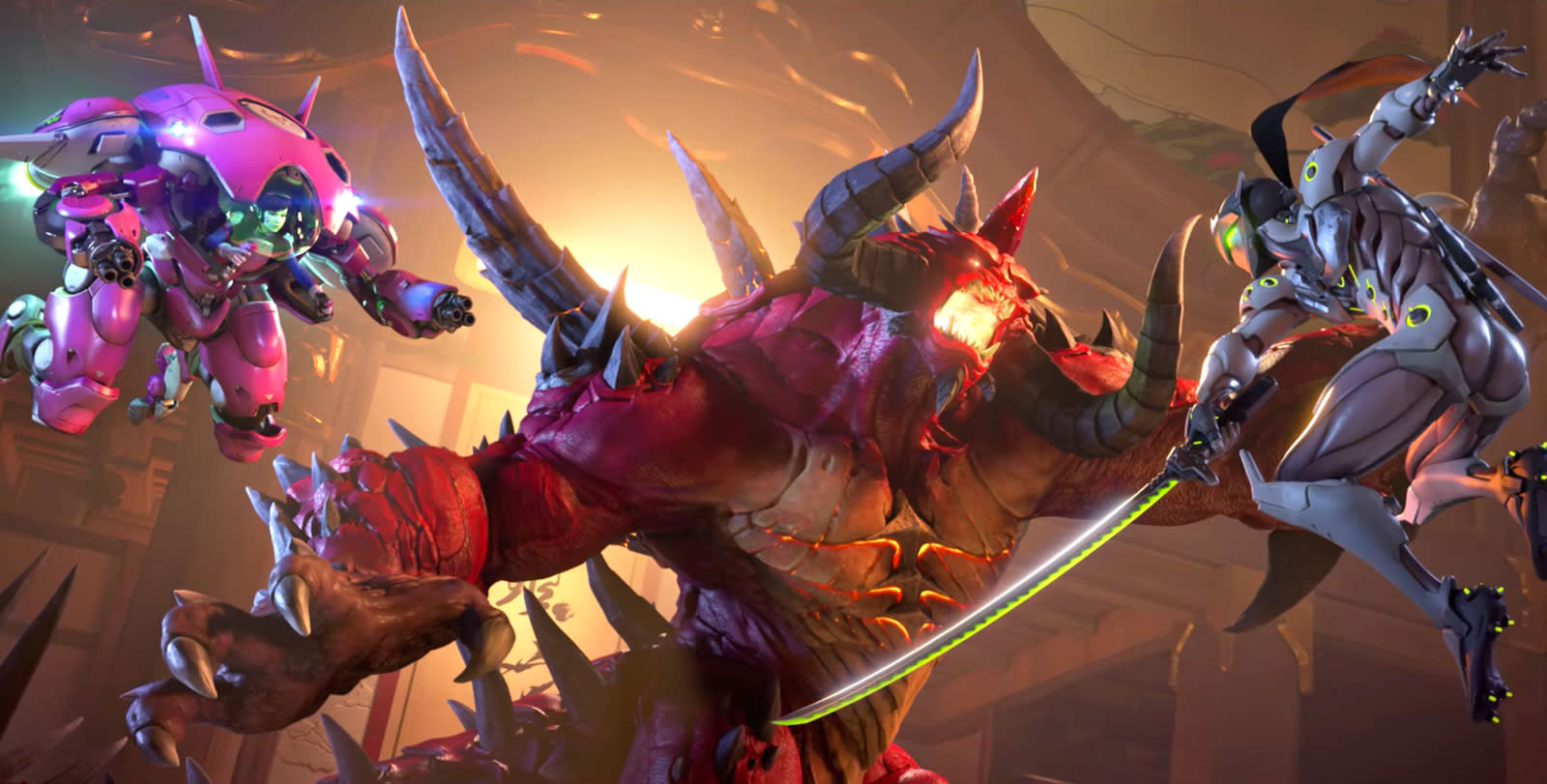 Last month, Blizzard announced it would revamp its MOBA game, Heroes of the Storm, in a huge patch released in April. Its 2.0 update, which is live in North America, promised to upgrade its player progression system and added random-reward loot boxes, a staple of the free-to-play model. But the studio had a few other surprises to drop today, including adding a new hero to the nexus, Overwatch's teen mecha-piloting pop star, D.Va.

D.Va will be the fifth character from Blizzard's hero shooter to make the jump to Heroes of the Storm, after Tracer, Zarya, Lucio and the just-announced Genji. The 2.0 update also adds the Overwatch location Hanamura as a Heroes map, which adds a few new gameplay mechanics to the mix. Now the MOBA's players can live the agony of being the only one pushing the payload.

As we've known since they announced it a month ago, the 2.0 update's switch to a loot box system brings a slew of new expression options, like emojis, banners and sprays. Detractors lamented that these would clog loot box drops and make it even harder to get more desirable rewards like new characters and skins. Like its sister game Hearthstone -- and many other free-to-play games -- Heroes has its own in-game currency and rewards to stem that sting. Plus, they've introduced another Nexus Challenge play-to-earn reward series that will run over the next four weeks, so queue into games on Heroes with a friend to get bonus goodies for it and Overwatch.

Finally, Blizzard recently introduced a new charity challenge for its Heroes streamers: Tryhard -- For Good! Fans can cheer their favorite top players while they climb the ladder of Hero League. The higher they go, the more Blizzard will donate to the Make A Wish Foundation and JA Worldwide.

In this article: av, blizzard, BlizzardEntertainment, gaming, heroesofthestorm, MOBA, update
All products recommended by Engadget are selected by our editorial team, independent of our parent company. Some of our stories include affiliate links. If you buy something through one of these links, we may earn an affiliate commission.