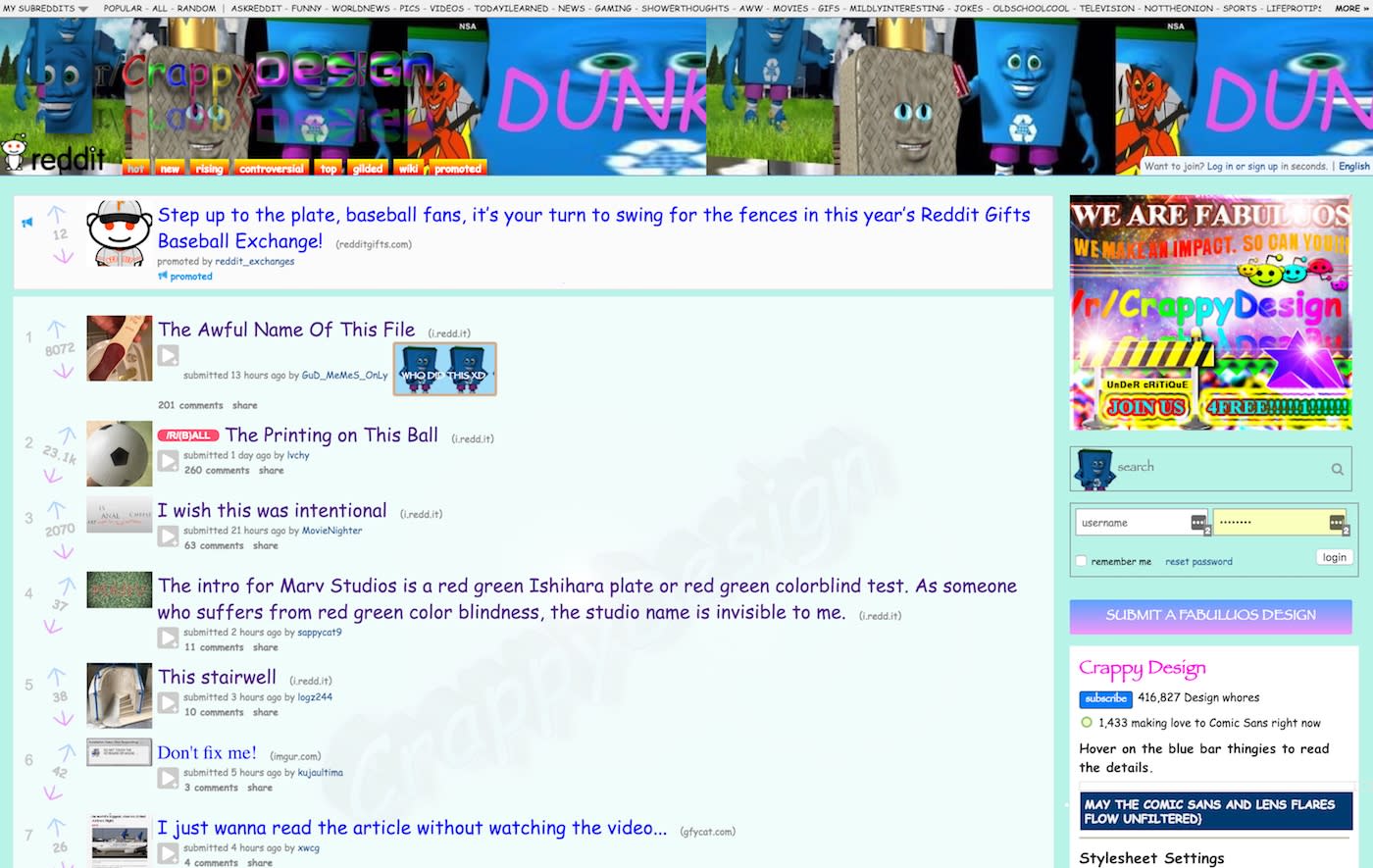 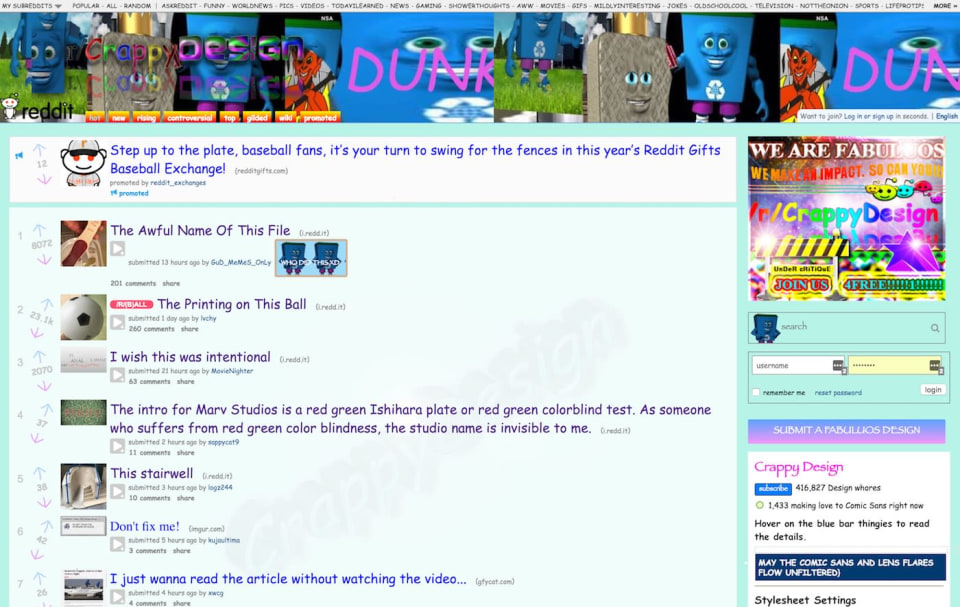 Reddit's default design is a throwback to simpler times on the internet. However, moderators on the site's numerous subreddits put a bunch of work into making sure their communities stand out from each other by employing CSS (cascading style sheets) to change everything from banner images, fonts, icons and other aspects of the user interface. Reddit's CEO Steve Huffman said that's going to change, as the massive discussion board is undergoing an overhaul.

Among his reasons -- CSS being difficult to learn, and it not translating to mobile where Reddit apparently gets over half its traffic -- Huffman also says that the site using the coding language has impeded growth and change.

"CSS causes us to move slow," he said. "We'd like to make changes more quickly. You've asked us to improve things, and one of the things that slows us down is the risk of breaking subreddit CSS (and third-party mod tools)."

In the next few months, the site will begin transitioning away from CSS. From the sounds of it, though, a lot of the CSS-powered customization features are going to be built into the site proper. Community calendars and "a lot of the functionality" from sidebars will be available via widgets. The redesigned site will run in parallel with the current version as the changes are implemented. Huffman said the ultimate goal is to replicate what's already available, and that the dev team will make it easier to use and viewable on the go.

Speaking directly to the last point, Huffman said that header images and flair colors will render on both desktop and mobile after the changes.

As for mod tools, Huffman said that Reddit is in talks with the developers of third-party mod-tool provider Toolbox to port its functionality into the redesign.

Perhaps unexpectedly, Reddit's users aren't too excited about the new direction. The big worry is that the changes will strip Reddit's mods of some of their creative control for their respective communities and that everything is going to look a bit more boring as a result. That might be taking the announcement a little too far. For all we know, there's a chance that the changeover won't affect much.

Or there's the other possibility: Reddit will realize how big of an undertaking this is and abandon the refresh -- something Huffman hinted at in the comments of his post. Replying to a mod who asked what incentive there was to keep working while the changes were coming, Huffman had this to say: "I would advice [sic] to continue developing until the new stuff is real. Who knows, maybe we'll screw it up and never release it.."

So long as r/CrappyDesign (above) can keep its intentionally awful Comic Sans UI and layout, we'll be happy.

In this article: css, design, gear, internet, mod, modtools, reddit, spez, stevehuffman, subreddit, toolbox
All products recommended by Engadget are selected by our editorial team, independent of our parent company. Some of our stories include affiliate links. If you buy something through one of these links, we may earn an affiliate commission.