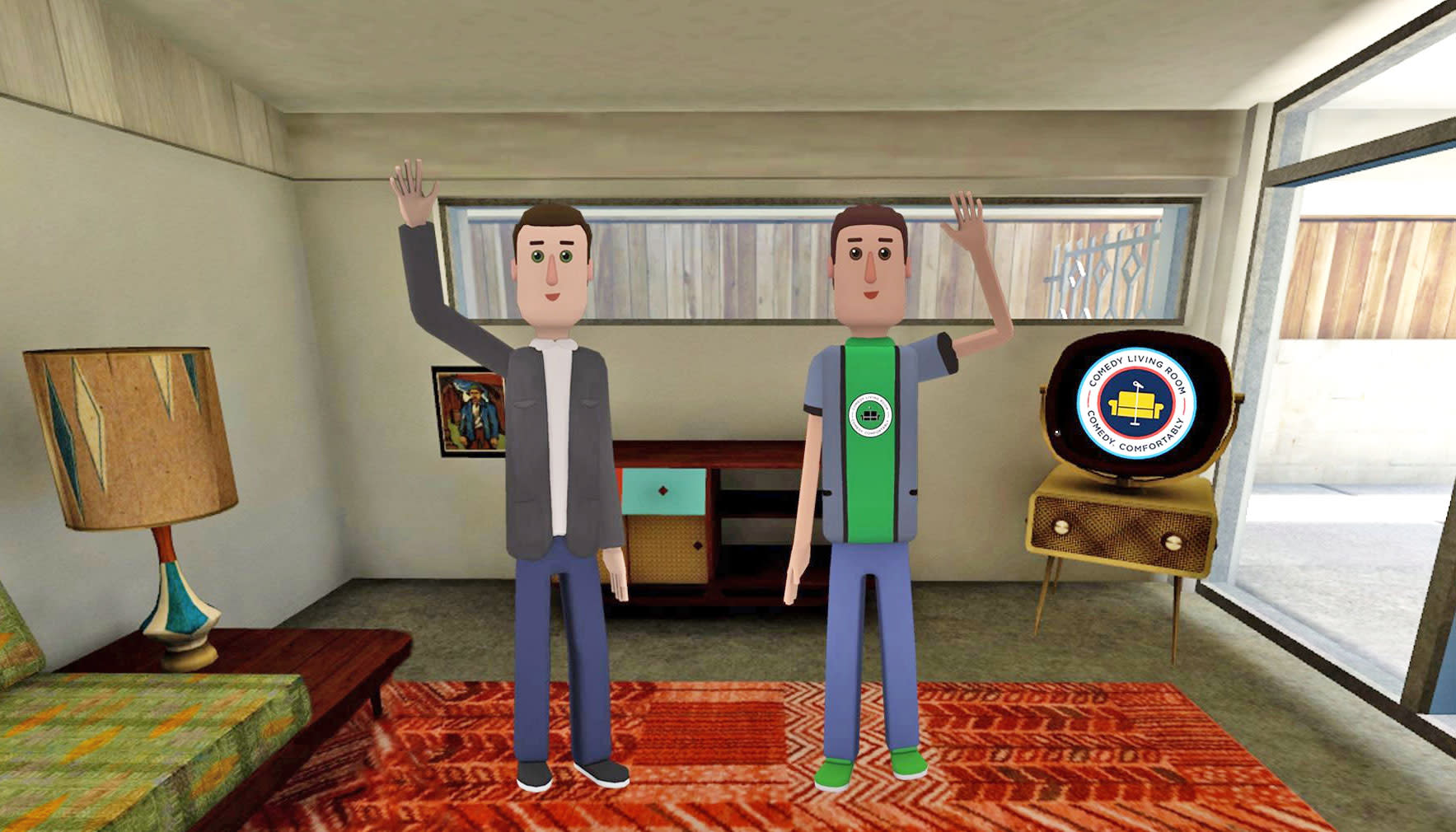 Comedy Living Room started in 2012 as a way for emerging stand-ups to try out gags in the safety of a friend's living room. Now, the event is embracing virtual reality, enabling everyone to watch a low-fi comedy gig in someone else's living room while you're sitting in your own... living room.

The event is being run by AltspaceVR, a company that lets you create a digital avatar and wander around a virtual, cartoony world. In this instance, you'll be hanging out at a new virtual party house complete with lounge, pool, barbecue and frisbee court.

Comedy Living Room VR will broadcast on April 27th at 8pm ET / 5pm PT with The League star Paul Scheer topping the bill. There are five other acts that will take part, including Jay Larson, Drennon Davis and Paige Weldon.

If you've yet to try Altspace, then you can do so on any Google Daydream, HTC Vive, Oculus or GearVR headsets. You can also watch the gig in 2D mode on your desktop if you've yet to take the plunge and splash out on pricey VR gear.

This isn't the first time that Altspace has tried to bring the comedy world into VR: It put out a Reggie Watts VR show last year. If you're curious, you can catch some of that action on this slightly dodgy YouTube clip, although it's clear that VR isn't yet ready to replace your nearest Laugh Factory.

In this article: AltspaceVR, applenews, art, av, ComedyLivingRoom, entertainment, PaulSheer, ReggieWatts, Standup, video
All products recommended by Engadget are selected by our editorial team, independent of our parent company. Some of our stories include affiliate links. If you buy something through one of these links, we may earn an affiliate commission.