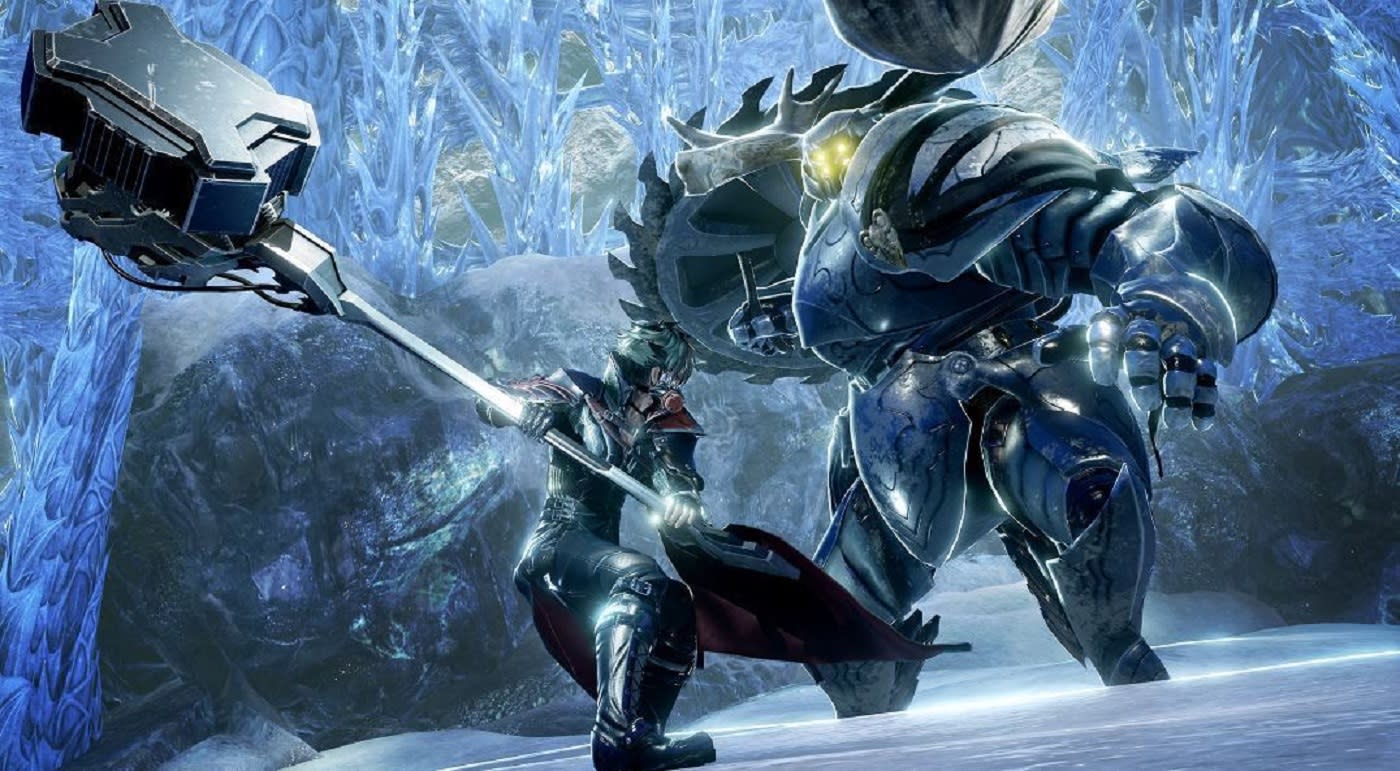 Bandai Namco first made the Dark Souls connection when it teased the new project last month. "Prepare to dine," it told us at the time, an obvious play on Dark Souls' tagline, "Prepare to die." But, the game also borrows heavily from anime as well, from the melodramatic music to the impossibly coiffed vampiric protagonists, to the ominous voice over complete with capital letter words like "Thorns of Judgement" and "the Lost."

The trailer also gives a glimpse at Code Vein's companion feature. Apparently, you can take a partner with you into the game world, and finding one that complements your play style will likely add an extra layer of strategy as you tackle the game's challenging enemies.

Now that the popular Dark Souls series has ended, can Code Vein fill that void in fans' hearts? We'll find out when it launches sometime in 2018.

In this article: bandainamco, CodeVein, gaming, personal computing, personalcomputing, trailer
All products recommended by Engadget are selected by our editorial team, independent of our parent company. Some of our stories include affiliate links. If you buy something through one of these links, we may earn an affiliate commission.