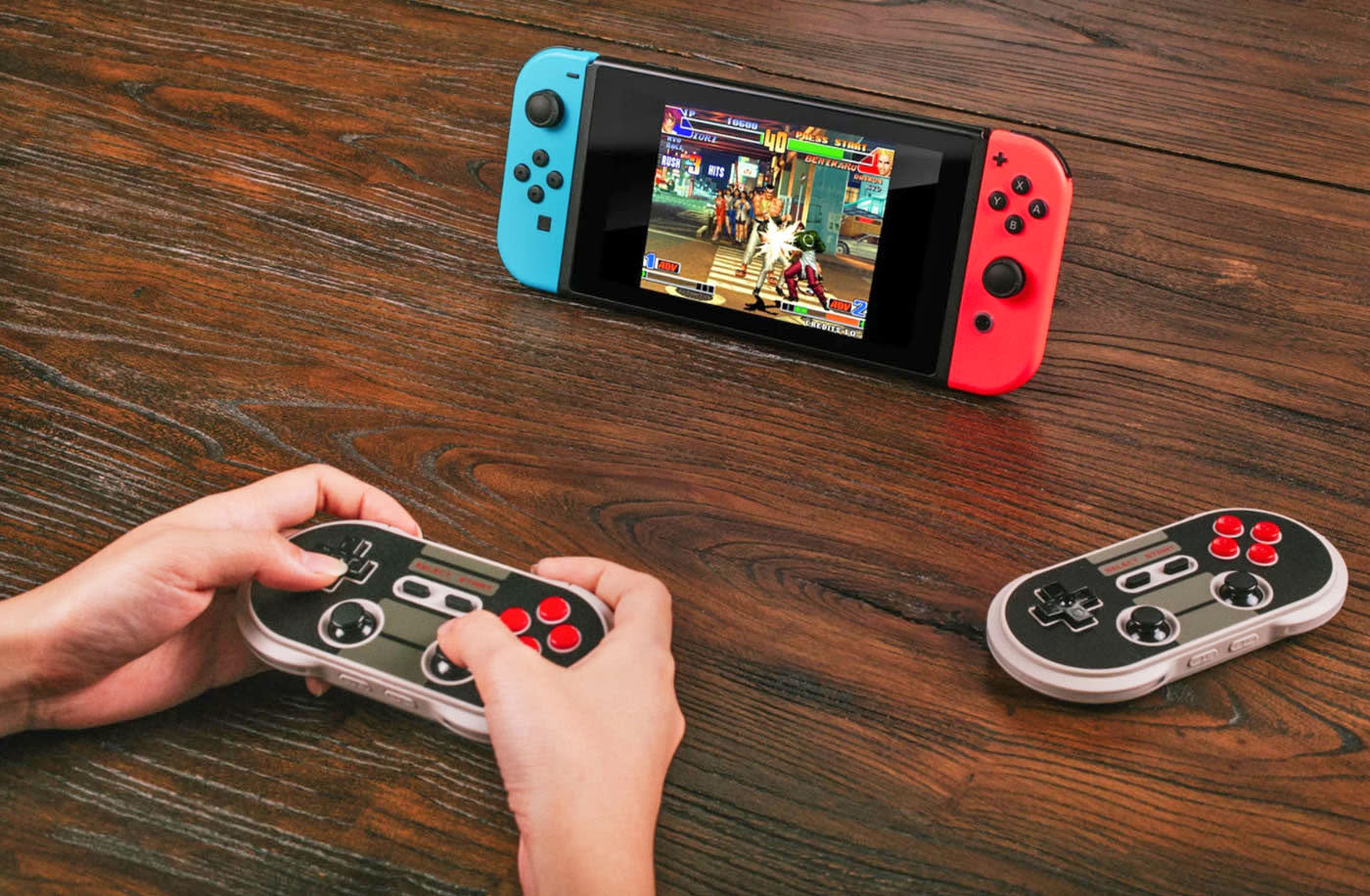 If you've got a Nintendo Switch and an 8Bitdo gamepad lying around, there's good news: the two can now play together. 8Bitdo has released a firmware update that will let its entire controller family connect to Nintendo's hot new console. That includes the NES30 Pro, FC30 Pro, NES30, Zero and N64 controller, all styled in homage to classic Nintendo models.

You don't get vibration, rumble, NFC and motion control like you do with the included Joy-con or Switch Pro controllers. However, 8Bitdo models are well-regarded for their design and build quality and no one can deny the retro appeal. Prior to the firmware updates, all models were only compatible with Windows, Android, macOS and Steam.

Many gamers that bought an 8Bitdo pad probably did so because they're Nintendo fans, so it's pretty likely that they also have a Switch. With the new release, all they'll need to do is download and install the free firmware, making the devices a lot more valuable -- which is nice, since they're not exactly cheap. The 8Bitdo family are some of the very few third-party controllers available for the Switch. If you're concerned about how well it plays with Nintendo's hardware, one user on the /r/NintendoSwitch Reddit forum said "Switch support is a fucking dream," and another added that it "works flawlessly."

In this article: 8Bitdo, Aftermarket, applenews, Controller, gadgetry, gadgets, Gamepads, gaming, NES30, NintendoSwitch, SNES30
All products recommended by Engadget are selected by our editorial team, independent of our parent company. Some of our stories include affiliate links. If you buy something through one of these links, we may earn an affiliate commission.